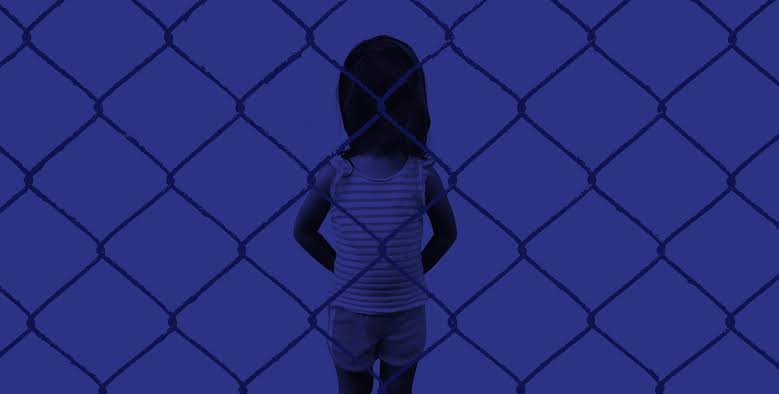 Prime Minister Scott Morrison has reportedly told The Australian that his government has been “quietly” working to remove children from Nauru and bring them to Australia.

“We haven’t been showboating… we’ve just been getting on with it in the appropriate way,” he is reported to have said.

Immigration officials say that now only 40 children remain on Nauru

Immigration officials say only 40 children now remain on Nauru. The Australian‘s report also says the government plans to have all children off Nauru by the end of the year and in Australia to receive medical treatment for a range of physical and mental health problems, including “resignation syndrome”.

High Commissioner to the UK and former attorney-general George Brandis confirmed the government’s plans to get all kids off Nauru by Christmas in a radio interview with LBC in London, saying there are “hardly any children Nauru and New Guinea and we expect that by the end of this year there will be none.”

However, there are no indications at this stage that the government has committed to the resettlement of these children in their families in Australia. There is also is no indication of heeding the urging of coalition MPs who have called on Morrison to accept New Zealand’s offer to resettle the children and their families.

Asylum-seeker advocates have welcomed the news of the government’s commitment. However, they caution that, while this is evidence the government is feeling pressure from the 80 per cent of Australians who wants kids off Nauru (as reported in the The Sunday Telegraph last weekend), it is still failing to provide a solution to the situation that has contributed to children becoming sick in the first place.

The official Kids Off Nauru campaign response to the Australia’s report posted on Instagram noted: “Big news today! 1. Reports Govt will get all #Kidsoffnauru by end of year. 2. But still fighting emergency medical transfers of sick kids in court. 3. Can get them all off tomorrow if they like. We think by 20 Nov (Universal Children’s Day) was a fair, 100 day deadline.”

“This is happening because of the significant pressure put on the Prime Minister by tens of thousands of Australians, 6000 doctors, celebrities, lawyers, advocacy organisations and politicians from both the right and left side of politics,” explained Welcome to Australia Founder Brad Chilcott.

“It is important to remember … the families now in Australia remain in a state of limbo with no certainty about their future and [are] regularly reminded they will not be allowed to stay.” – Brad Chilcott, Welcome to Australia

“However it is important to remember … the families now in Australia remain in a state of limbo with no certainty about their future and [are] regularly reminded they will not be allowed to stay. At the same time, the Government is refusing to accept New Zealand’s offer of resettlement.

“Every person who came to Australia hoping for our protection only to suffer at our hands – because of our broken politics and seared conscience – needs a pathway towards hope, healing and home.”

Amid the politics, Christian refugee advocates are calling Christians to prayer. On Friday, November 2, Christian groups all over Australia are gathering at public prayer vigils focused on the current Kids Off Nauru campaign.

“The biblical imperative to ‘care for the stranger among you’ is ancient in origin but brings its challenge daily,” – Rev. Kanishka Raffel, Dean of St Andrew’s Cathedral

The vigils are being led by a range of organisations who have been at the forefront of the campaign, including Love Makes a Way, Common Grace, World Vision, Micah Australia, and the Australian Churches Refugee Taskforce.

“Christians worship a person who taught us to treat others as we would want to be treated,” said Dr. Matthew Anslow, an organiser for Love Makes a Way, and coordinator of the vigils. “Regardless of our political leanings, we would never want what has happened to children, women, and men in detention to be done to us and our families.”

“The biblical imperative to ‘care for the stranger among you’ is ancient in origin but brings its challenge daily,” argues Rev. Kanishka Raffel, Dean of St Andrew’s Cathedral which is hosting the Sydney vigil.

“In our tradition, prayer drives us to action, and action leads us back to prayer.” -Dr Matt Anslow, Love Makes a Way

“Prayer is often criticised as a pointless response, and I can understand why it might seem that way for those who don’t share our faith,” said Dr. Anslow.

“But for us, prayer and action are deeply intertwined; prayer has led over 300 Christian leaders to risk arrest since 2014 as part of Love Makes a Way’s peaceful protests. Countless petitions have been signed and letters written through the work of organisations like Common Grace.

“In our tradition, prayer drives us to action, and action leads us back to prayer.”

He managed an offshore processing centre and says it's time to get...