Christine Caine – a popular Pentecostal author and speaker – has made it onto the shortlist for the first time in the Australian Christian Book of the Year Awards.

An “Australian-born, Greek-blooded lover of Jesus,” Caine is an author and international speaker, the co-founder of global anti-human trafficking organisation The A21 Campaign, the founder of Propel Women, and 2017 Mother Teresa Memorial Awardee for Social Justice. 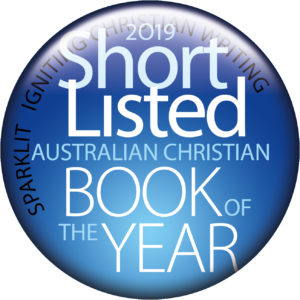 Unexpected: Leave Fear Behind, Move Forward in Faith, Embrace the Adventure, to give the book its full title, encourages readers to learn how to live with a faith so confident in God that it can’t be shaken—even when life’s unexpected challenges make it feel like the ground beneath them is giving way.

A theme of cross-cultural hospitality was a notable thread in entries in the Australian Christian Book of the Year Awards this year, Collie says.

The shortlist announced today includes stories of motherhood in cross-cultural mission, portraits of Middle Eastern refugee women living in Australia, a deep dive into how to flourish at work, keys to discover God in everyday life and a guide to the Apostles’ Creed.

If you walk into any Christian bookstore, you’re unlikely to see many Australian authors highlighted up front. They’re just not visible enough. But they’re there and they’re spread through all the genres. And there is some fabulous stuff being written.”

“It’s enormously encouraging to see so many Christian books written by Australians in the one place at the one time. If you walk into any Christian bookstore, you’re unlikely to see many Australian authors highlighted up front. They’re just not visible enough. But they’re there and they’re spread through all the genres. And there is some fabulous stuff being written.”

Originality is the primary consideration for books on this year’s shortlist. Relevance is the other key concern: what books do Australian Christians need to be reading?

Theologian Dr Ben Myers’ book, The Apostles’ Creed: A Guide to the Ancient Catechism is an example of a book that feels particularly relevant right now, says Collie. “It is beautifully crafted … there’s a lot of scholarship between the lines and it’s a wonderful articulation of our faith that shows insight into where Christians are right now, socially.”

Also relevant to Australians in this cultural moment is Greg Sheridan’s book God Is Good For You, which also appears on the shortlist and addresses the significant concerns of Australian Christians about the scepticism towards faith in this country.

The full shortlist is below: