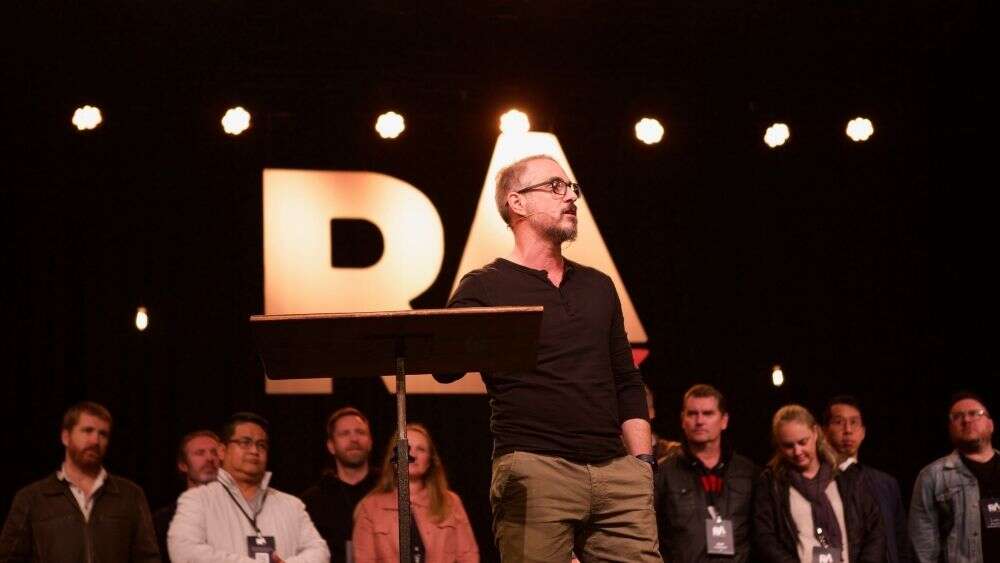 Church planting is one activity that was not shut down by the coronavirus. Over the next week, Geneva Push, the Australian church planting network, will hold three planting conferences in Sydney, Brisbane and Melbourne (the Melbourne conference run in partnership with the Presbyterian Church of Victoria).

Each year, these conferences bring together those who are interested in church planting, those who have planted, and those who want to support planters for a day of teaching, planning and praying.

In the past decade, over 100 churches have been planted through Geneva Push. With new churches launched in all Australian states and territories, plus a few in New Zealand, the network is now aiming to plant 200 more churches by 2030.

After a recent internal change, Geneva Push now sits under the umbrella of Reach Australia, an organisation committed to starting and supporting the growth of healthy, evangelistic churches.

Their ongoing commitment to planting is a natural expression of their conviction that the local church is core to God’s mission to reach the lost.

Derek Hanna is the Director of Planting for Geneva Push. “The local church is the place God is gathering people, forming people, maturing people. It’s the body of Christ. It’s God’s ‘Plan A’,” Derek says. “It’s not the only ministry reaching people, but it’s the place God gathers and forms.”

Research Geneva Push have conducted has shown that new churches are far more likely to draw in non-Christians than existing churches.

“New churches reach new people,” says Derek. “And that’s why we need to keep planting, though not to the exclusion of everything else.”

What does it take to become a church planter? Not all pastors are cut out for the challenges of leading a brand new church, certainly, but as Derek explains, there is a lot of scope for different types of people to take on church planting.

For some people, the ‘parachute’ or ‘pioneer’ model suits them best. This is the best-known type of plant – a brand new church, not strongly connected to any other churches and often in an area with no other churches.

But the pioneer model is by no means the only way to plant a church. Many Geneva Push plants are carried out through the ‘mother-daughter’ or ‘multi-site’ models. Derek gives the example of MBM Rooty Hill in Sydney, with their new locations in Parramatta and South West Sydney.

Planters for these types of new churches need to be “DNA carriers,” according to Derek. “You want them to be sold out for the sending church. They also need to be good at organisation, as multi-site models can have quite complex systems to navigate. And they need to be mediators, so they can mediate between new people who come along and those who have been part of the sending church for a long time.”

Some people are going to be better suited to one model of planting than another, and that’s a good thing. Derek affirms that there is no hierarchy in models, and all types of church planters have a vital role to play.

Even if the style of the church matches well with the planter’s gifting, even then, there can be dangers for church planters.

“Church planting lends itself to people who are quite driven in what they do, and for them, church planting can become who they are,” Derek explains. “They can get caught up in their identity in the church plant, and that can manifest itself in unhealthy ways as they relate to people in their church. They can stop thinking of their church members as people to be discipled, and start thinking of them as obstacles to them achieving what they want to achieve.”

Notable church planting failures in the United States come to mind, including Mars Hill. At the Sydney Planting Conference, the Geneva Push network will be addressing just this, with a panel discussing the podcast ‘The Rise and Fall of Mars Hill’ and considering how Australian church plants can learn from the mistakes of the Mars Hill team and discredited planter Mark Driscoll.

Geneva Push is committed to ensuring that their planters are firmly grounded as leaders. They invest in them with regular coaching and mentoring, conferences and access to ongoing training and professional development. “We’re doing a lot of work to help them build biblical values for their leadership, and self-awareness about what their triggers are, what their weak points are, what they might need to be aware of. We want them to be healthy in themselves, in their marriages and healthy as leaders,” Derek says.

When a church plant is appropriately planned, led well, and grows into a healthy gathering of Christians, God can work powerfully.

Six years ago, Duncan and Miriam Andrews planted Trinity Church in Victor Harbor, South Australia. Speaking to Geneva Push for a recent interview, Duncan and Miriam told the story of Yuki, a little boy who first became connected to the church when he had a fantastic time on a jumping castle at their carols event.

“When he saw that massive jumping castle, it was like all his dreams had come true,” remembers Miriam.

Yuki and his family had never been to a church before, but his parents had been wondering about the meaning of life. They’d looked into Buddhism, travelled extensively, tried alternate lifestyles, but nothing had stuck. Finally, they thought they should try out a church. So, they searched on Facebook and found the Trinity Church Victor Harbor carols event.

Perhaps thanks to their son’s enthusiasm for the jumping castle, Yuki’s parents came back the next week, and the next. They later did Christianity Explored and Life Explored at the church.

A few years later, and Yuki’s dad Dale is now a key leader at the church, studying at Bible college and planning to be a part of a new church plant in a neighbouring suburb that Trinity Church is working towards.

Stories like this emerge regularly from the Geneva Push church plants, as people who may never have considered coming to church before visit, turn to Jesus and start serving in ministry.

Despite these exciting stories, Derek recognises that some Christians may not be thrilled to hear a new church is starting up in ‘their territory’. But Derek says that even in locations where there is already a church, there is nevertheless a place for a church plant.

“There are more than enough lost people to go around,” he says. “The church plants aren’t a threat to the established church. In fact, what they do is stir up the whole system. They help other churches see what’s possible. They try things other churches couldn’t.”