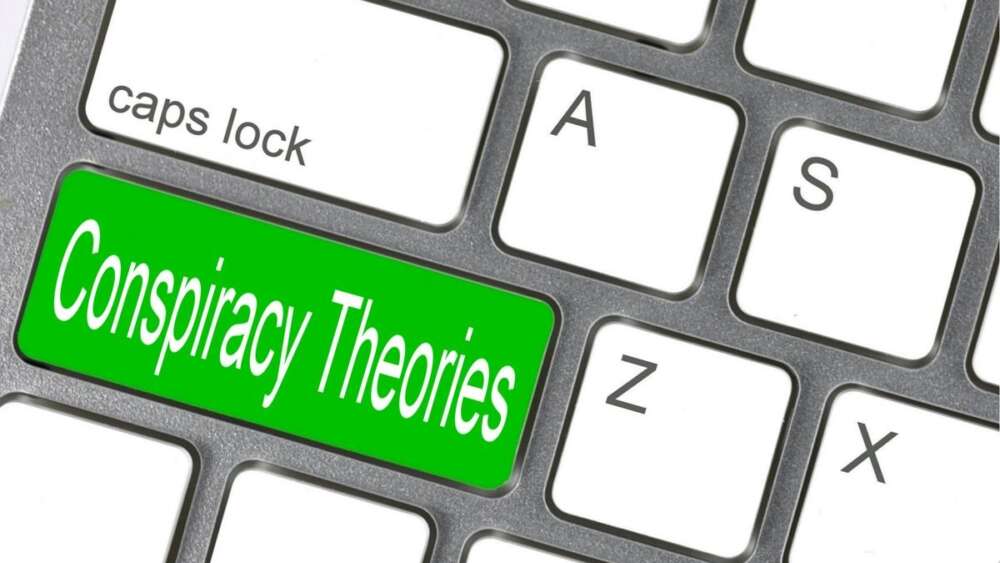 “Why are Christians so susceptible to conspiracy theories, particularly conservative evangelicals?”

This is the question pitched to members of the Australian Christian media by writer and broadcaster Sheridan Voysey at yesterday’s session of the annual Christian Media and Arts Australia (CMAA) Connect conference.

Voysey is well known as founder of Hope’s radio program Open House, and as author of  Resurrection Year, The Making of Us and Reflect with Sheridan, among other books. But over the last few months, Voysey’s time has largely been spent “battling conspiracy theorists on Facebook”.

Following these interactions and further research, Voysey gave a few possible reasons for the particular vulnerability of Christians to conspiracy theories.

The first is that conspiracy theories “are adopted by people who feel disempowered and who feel under threat” – a definition that fits the way some Christians feel as our society becomes increasingly secularised.

“They quickly identify who is to blame and who is the hero, who are the villains and who are the ones who are going to save us.”

He gave the example of QAnon: “With QAnon 1.0, it was very easy. It was the political left, the Democrats, and Trump was the hero. With QAnon 2.0 [which is more about Covid-19 than politics], it’s kind of the global elite and we are to be the heroes that fight for our freedom.”

“It dismays me the number of Christian lobby groups in Australia at the moment who are stirring up fear.” – Sheridan Voysey

Voysey condemned some Australian Christian lobby groups for “stirring up” a sense of fear and threat among Christians.

“Am I saying that there is no issue with religious freedoms? Absolutely there are, there are some things on the horizon and some things that are happening now. We have to be aware of them. But I am watching some of these groups whip their followers up into a frenzy of fear. And I have seen some people say ‘The global totalitarian government is coming. What must we do?’

“And all that’s happening is fear is being given. Fear is being stirred up; no practical guidance. Here’s a basic psychological principle: fear without agency backfires. When we stir up fear about all the terrible anti-Christian things that are happening in the world, and we leave it there, what happens is we’re actually leaving people very vulnerable to conspiracy theories.”

The next reason why Christians are susceptible is that “conspiracy theories use a lot of religious imagery.”

“QAnon talks about a great awakening, harking back to the days of Wesley and Whitfield and the great awakenings that happened throughout America in the 18th century. They would quote Scriptures like Ephesians 6, that we’re to fight the dark forces in realms,” Voysey explained.

“The [flat earth conspiracy theory] is full of Christians. They will take scriptures and they will look at say 1 Chronicles chapter 16, which talks about the world being firmly established, it cannot be moved.

“[So they think], the world is firmly established, how can it be revolving around a sun when it cannot be moved? Which of course is a complete misunderstanding about how we are to take those verses. We’re not meant to take them literally.

“This is the problem,” Voysey continued, “It speaks the language of evangelical, of the committed Christian. And then there’s the COVID conspirators that are currently saying that COVID vaccines are somehow going to give you the mark of the beast, whether through a chip or altering your DNA or something. All of these are connecting biblical and religious imagery to the pandemic.” The common alignment between conservative politics and conspiracy theories is another reason why Christians can fall victim, said Voysey.

He noted that while such conspiracy theories revolve around “the government coming in and limiting my personal freedom”, this is actually contradictory to the Bible’s teaching.

“Evangelical suspicion of science, of education and the media” is the next reason Voysey pointed to for Christians believing in conspiracy theories.

“The suspicion about science sometimes goes back to the great so-called debates between science and religion or perhaps evolution and creationism,” he said.

“Sometimes people are very anti-expertise … The idea being that if we just listen to God, we’ll be OK. Sometimes people quote me the [Bible] verses about ‘the foolishness of God confounds the wisdom of the worldly wise’, which actually again is misunderstanding those verses.

“It’s talking about godliness versus godlessness. A Christian wisdom is far richer and more complex than just a simple godless approach to these things. It’s not saying that there’s anything wrong with expertise or wisdom.”

“They particularly hit us during times of crisis and uncertainty.” – Sheridan Voysey

The endorsement of conspiracy theories by Christian celebrities is the final reason Voysey gave for others believing these ideas.

“Whether it be the Eric Metaxas’s of the world, or whether it be Australian footballers who are also well-known Christians who say that the pandemic is caused by the Illuminati,” said Voysey, pointing to a picture of former AFL player Gary Ablett Snr, “or whether it’s pastors like Rodney Howard-Browne [founder of Revival Ministries International] that have given their pulpits and therefore their platforms over to well-known anti-vax proponents – the videos of which spread rapidly throughout the Christian community, right throughout Australia, the UK, and indeed the US.

“So there’s one reason why these things spread so quickly and particularly through the Christian community.”

The current pervasiveness of conspiracy theories – among both Christians and non-Christians – has been aided by the global coronavirus pandemic.

“They are powerful because they particularly hit us during times of crisis and uncertainty. This is when they thrive. This is the yeast that they feed off,” said Voysey.

“Ultimately [a conspiracy theory] gives simple explanations for very confusing events. The world is going through a crisis, everything is uncertain. I want to join some dots and make meaning out of this. The conspiracy theory comes and says, ‘here you go, here’s a ready-made meaning.'”

“I’m talking now about people I love, people that I’ve served with in churches, [in my] youth groups and home groups.” – Sheridan Voysey

Voysey noted his own experience of Christian friends falling under the spell of conspiracy theories.

“Right now, there is some really misinformed meaning-making going on with people joining dots that were never meant to be joined. And the result is churches splitting, families splitting apart and people being left vulnerable to what is a deadly virus – all through conspiracy theories.”

Voysey appealed to the Australian Christian media to empower people to recognise conspiracy theories and give practical guidance on how to avoid following them.

Perhaps most importantly, Voysey called on all Christians to respond in love to those who may have fallen victim to conspiracy theories.

“Let’s model civility at all times,” he urged. “This is the secret sauce of the Christian faith.

“It doesn’t mean we don’t call out the lies that they’re propagating or passing on, but we do it out of love. Love for them because this is going to come back to bite them. Love for the people that they’re going to influence if these lies keep on getting shared on Facebook, without any checks and balances and counteraction to them. But we do it out of love. We never name-call and we never ridicule.”

Voysey continued: “I never call anybody a conspiracy theorist. I never make it personal. Talk about the belief. Talk about the claim. Stay factual, from credible sources. Be kind, be generous, be empathetic. Some of these people are scared stiff for their health and for the health of their loved ones. We can empathise with that. And then we can give the facts, as best as we’ve been able to find them.”