Does a camel go into the hole of an ant's nest?

You might know that many Australian Indigenous translations tend to be quite long. The same passage when read aloud uses a lot more words compared to English. There are a number of reasons for this, but one is that there are lots of technical terms in the Bible that don’t have good concise options in the target language. So you need to provide a paraphrase to get to that meaning (or you come up with a new word).

An example is the language Kriol, spoken widely across the Top End. There’s no single word for ‘resurrection’ in Kriol, so every time Paul talks about Jesus’s resurrection or our resurrection in 1 Corinthians 15, for example, there’s a whole phrase:

As you can imagine, 1 Cor 15 is a looong chapter in Kriol. But it communicates the meaning very effectively without the need to make up a new term that people don’t know and have to process every time they see it. And, if you mentally substitute ‘Jesus got up alive from among the dead’ every time you see the word ‘resurrection’ you’ll have a very strong sense of Jesus physically coming back from death and what promise that has for believers. Sometimes length is good!

Translations also need to be clear or intelligible – the words used need to be understood by the audience. If there are many words that are hard to understand, the effort to read will be too much, and most people will just give up.

Lots of the differences we see in English Bible versions are balancing these various aims. Romans 3:25, for example, says Jesus was put forward by God, for us, as a ‘sacrifice of atonement’ (NIV). The ESV translators put ‘propitiation’ here, because they thought that the RSV’s ‘expiation’ was an inaccurate rendering of the original word. But the New Living Translation committee apparently decided that both ‘expiation’ and ‘propitiation’ are words that are unclear or unintelligible to most readers of English, so they describe Jesus in this verse as ‘the sacrifice for sin’. 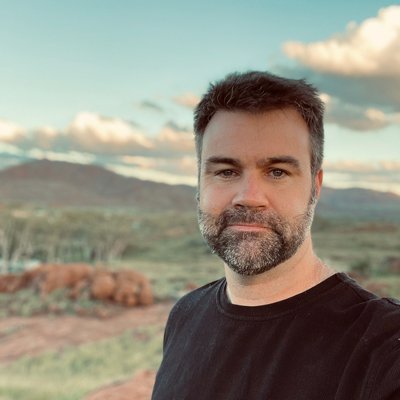 One way to check if translations are clear is to do what’s known as a ‘community check’. This is where people who are not involved in the translation process read it or listen to it, and we check that they understood everything. This can pick up older words that slip into a translation which are not readily understood, especially by younger generations.

For example, in Darwin last year, as we were working on a new translation of Luke 2:6–12 in Iwaidja, a Northern Territory language, the translators had written ‘angel’ as ‘a man with eagle wings’. Even before getting to the question of whether this was an accurate term (or one that imported some other information in), the word for ‘eagle’ started getting discussed. One of the translators had her teenage granddaughter with her, and this word didn’t mean anything to her at all. She’d never heard of it, as it was an archaic term that younger people didn’t use anymore. They ended up changing the translation of ‘angel’ to something like ‘a man sent with a message’, which is both more accurate and clear.

It often happens when you’re translating that you don’t have a good word for something because there are no two languages on earth that have a neat one-to-one mapping of words.

Sometimes when you don’t have a good word you can just transliterate it – that is, write down the same sounds using the symbols of your language. This is most obvious in names for things or currency in the Bible: a ‘denarius’ is writing the Greek word δηνάριον using English/Roman script.

When the Bible is being translated into Australian Indigenous languages, this is a common problem to solve. The world of the Bible frequently has words and terms that have no equivalent in the language of people from, say, the Australian desert.

For example, some time ago the people of central Northern Territory were translating this saying of Jesus:

There have been plenty of camels out in the centre of Australia for a long time, so the word ‘camel’ could be translated fine. But ‘needle’ (let alone the ‘eye of a needle’)? There was no traditional language equivalent for that. So the translation team figured they had a few options:

This last option is what they went with. The Warlpiri translation of this verse has Jesus saying,

‘Does a camel go into the hole of an ant’s nest? No. Likewise, a rich person won’t go into God’s kingdom’.

The book of Joel in the Old Testament presented a dilemma in the Pitjantjatjara translation of the passage that describes a coming army that will devastate the land of Israel. The army is depicted as a locust plague that will destroy the crops and livelihood of the people because of their rejection of God. Joel 2:3 says this, talking about the coming locust plague/army (NIV):

Before them the land is like the garden of Eden,
behind them, a desert waste – nothing escapes them.

When we were checking the Pitjantjatjara translation last year, I noticed they captured the lush ‘before’ picture like the garden of Eden, but they didn’t talk about the aftermath as a ‘desert’. Instead, they said it was ‘totally destroyed’. When I asked the team about this, it turned out that there’s not really a good word for ‘desert’ they could use here. I found this fascinating – after all, Pitjantjatjara is a ‘Western Desert Language’, and traditional Pitjantjatjara lands are in the central Australian desert around and to the south of Uluru.

But this is a case where trying to come up with an ‘accurate’ term for the word ‘desert’ would result in a less accurate translation. For a start, there’s no obvious word to choose so it’s going to end up sounding at least a bit unnatural. But the communicative effect of choosing a word that reflects the kind of land the Pitjantjatjara people live in would knock the impact of this verse down a whole lot. You can imagine the response: ‘Before, the land was beautiful and very green, but after this enormous destructive army came through it was just like the landscape where we’ve lived for thousands of years.’

Accurate translations communicate the originally intended meaning, and not necessarily the words.

Not having a word for something in a language is pretty common, especially when compared to English. There are some cases, however, where English is under-specified compared to other languages. Famously, ‘you’ can either be singular or plural. Some dialects of English get around this with plural forms, like y’all, youse, or you mob.

Lots of Australian languages specify pronouns a lot more than English does. Many languages not only distinguish singular and plural forms of ‘you’, but they also have a dual form for addressing two people – not one; not three or more. Some languages, e.g. Yolŋu Matha, also have inclusive and exclusive pronouns. So, you can distinguish between ‘me’, ‘us’, ‘me and you’, and ‘me and this other person, but not you’.

Much of this is automatic for mother-tongue speakers, but we need to be aware of it so we can check that the right people are being addressed or included in translation of the Bible. A translation is going to fall very flat if you write ‘Our Father in heaven, hallowed be your name’ but you use the wrong ‘you’.

Sam Freney is a translation consultant with Bible Society Australia. He is also a pastor,…

Bible Gateway, a popular site that contains a wide range of Bible versions, has removed…