Good News for Churches and their Local Communities

Do you ever wish your church was addressing some of the big societal issues in your community, but none of you feels equipped or doesn’t have enough support or feels inadequate to the task?

You are probably not alone, but the good news is NAYBA is here to help. Formerly known as Cinnamon Network, Nayba is a global not-for-profit organisation that “provides churches with practical help and resources to equip them to better love their neighbours and transform their neighbourhoods”.

Is that not what you want to be able to do as part of the body of Christ in your suburb or region?

We only have to read the paper or walk down the street to be conscious of the myriad struggles that beset people, be it family violence; poverty and homelessness; addictions; and the list goes on. 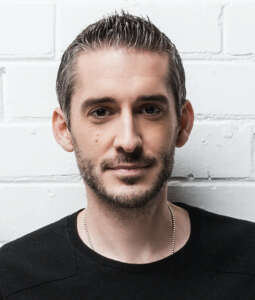 NAYBA’s Menu is where churches can find a list of seven projects, which he describes as “best practice of church-led community engagement initiatives”.

We are called, as Christians, to love our neighbour, and the best way as a Church to do that is by serving the local community. However, sometimes we end up doubling or tripling the service as we offer the same activities as other churches in our region. Or we take on the service which is less threatening and perhaps not as needed.

“One of the criteria for any of our recognised projects is that they are scalable and replicable,” Nic explained as he poured a spice-laden chai latte.

The seven projects on offer by NAYBA Australia can all be easily found NAYBA Australia | Helping Churches Transform Neighbourhoods, some of which you might already be familiar with (Kids Hope, Mainly Music). Others you will recognise the need but might not have considered taking on the care (Circuit Breaker, Stable One). Circuit Breaker is about breaking the circuit of domestic violence, while Stable One addresses the difficulties for the homeless during Australia’s cold winters.

Family violence is a significant issue in our society. Imagine your church being equipped to help address this scourge on our society.

That is the first “M”, but what about the other two that Nic Mackay mentioned: Measure and Mobilise.

“I think the interest that we’ve had in the NAYBA Impact audits would suggest that churches have never really managed to do that very well.”

This reporter was particularly intrigued about the concept of “measure”. Our society seeks to measure success and failure; inputs and outputs; tangible evidence of outcome. We have dashboards and likes. Business scorecards and strategic endeavours. We have followers and metrics. To measure is to give value, to show importance, to determine continuation or conclusion.

The obvious question was whether churches have ever been able to measure the value of what they do in the community.

“Not to the best of my knowledge,” was the response. “And not based on the responses that we’ve had from churches and I think the interest that we’ve had in the Nayba Impact audits would suggest that churches have never really managed to do that very well.”

An Impact Audit is no small thing and requires buy-in from churches in a region working together to determine their combined impact. NAYBA (then Cinnamon Network Australia), completed its first Faith Action Audit (FAA) in late 2020 with Together for the Illawarra, a collaboration of Christians from across the Illawarra region of NSW.

Writing in the report, Paul Bartlett, Senior Leader of Lighthouse, and one of the co-leads of Together for the Illawarra, said:

“I have been involved with community engagement for 25 years. Cinnamon’s ability to coordinate the diversity of denominations and faiths behind a singular goal of measuring social action in the community is, to me, one of the most significant moves forward for the Church I’ve ever experienced. I’m so pleased that Together for the Illawarra has seized the opportunity to be part of this FAA.”

In a nutshell, what did this action audit reveal? It revealed that through 143 community service activities, addressing 15 of the greatest social needs, there were 141,676 interactions with people in need (the equivalent of half the population of Wollongong and Shellharbour combined) with a social impact value of $9,710,210.

That is powerful information. Tangible evidence of Christians working in the community making a difference!

Nic explained that Illawarra captures the model for most Faith Action Audits. “They are run in specific geographic areas normally based on LGAs, but we are doing one for the whole of Tasmania later in the year, which will be really exciting.”

“Critical to that process is that we bring together all churches in a geographic area, regardless of size, regardless of denomination and as many people as possible from the churches who want to be involved.

“But first and foremost, it’s about the collective. What are we, as the unified body of Christ?”

Nic is quick to point out that while the measurement is important, it is the questions that stem from the knowledge gained through the Faith Impact Audit that is crucial.

“I think that God cares far more about what we as the church actually end up doing in the lives of people in need than he does about how good the report is of what we were already doing,” he says.

“So, our role as NAYBA is to say, ‘okay, based on this report and these findings and through a process of spiritual discernment, what do we do now?’

“What issues do we need to focus on that? In what ways do we need to work together that we’re not? What broader societal trends do we need to recognize and consider as part of our role as a church? And that’s the exciting part of the conversation.”

Rev Tim Costello AO, as a Patron of NAYBA International, is a great supporter of the impact audit.

“I have long believed that Churches still think too exclusively that ministry is what happens on Sundays in church when it is remarkable what ministry they are doing Monday to Friday,” he says.

“Some of this was local churches outsourcing care to professional Christian NFPs and retreating to Sunday worship as their core business.”

He says that the local Council was blown away that a quarter of their 140,000 residents were being regularly helped through a variety of ministries to homeless, children, youth, and the aged.

“The Council was amazed that the volunteer service was $5m annually gifted to the community by Churches and that it was invisible. And it unified and encouraged the churches when these dots were joined in their calling to live out the kingdom of God.”

Could that be the Mobilise in Nic’s three Ms?

As church communities proactively take on projects listed on the Menu; engage with other local churches to Measure their involvement in community projects via an FAA; and engage in a follow-up process of spiritual discernment; they can more proactively Mobilise their membership in loving their neighbour and living out the Gospel.

Eternity would love to hear from you if your church has adopted any of the Menu projects or has participated in a NAYBA Faith Action Audit. What is your church community doing in the aftermath of the audit? Have you changed the way you serve your community? Has it encouraged your faith journey both individually and as a church?  Email us here.