Prayer has played an important role in the public and private life of our nation. And, despite increasing secularisation and even a pandemic, it seems this is still the case in 2020.

This year, for the first time in its 31-year history, the National Prayer Breakfast is going online – and it’s free.

Due to COVID-19 restrictions, the event will be livestreamed from Parliament House, Canberra, on Monday October 12 (at 7.30-8.30am AEDT and AWST).

Australia’s Governor-General David Hurley and his wife Linda Hurley will also give an address.

“We know there are also many who are not registered but are joining a watch party or streaming centre. People [will be] watching at home, in boardrooms, churches, community halls and the like,” says Leon Hribar, Canberra leader of City Bible Forum – the Christian event and networking organisation behind the National Prayer Breakfast.

In speaking with Eternity about her address at the breakfast, Lake (also host of ABC’s Soul Search podcast) described it as a “huge privilege and responsibility.” 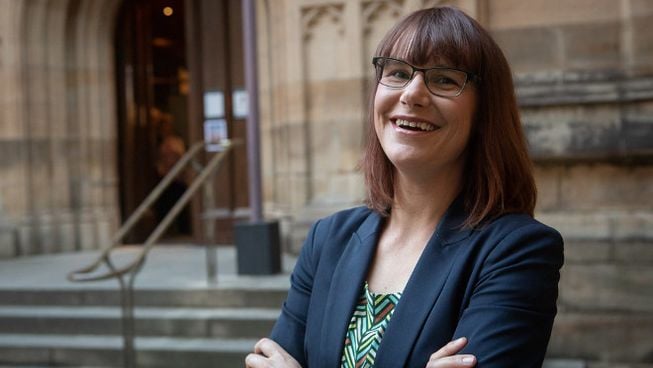 According to Lake, prayer – just like the Bible – is bound up with the story of our nation, in complicated and contested ways.

“The role of prayer in Australia’s history in lots of ways goes hand-in-hand with the history of the Bible,” she says.

“Because of course, the Lord’s Prayer is from the Bible – it’s recorded in the gospels. So whenever anybody prays the Lord’s Prayer, in a sense they’re reciting a part of the Bible. In a way they’re inseparable from each other.”

While there are “lots of examples” of prayer in the recorded history of Australia, Lake focuses on the impact of the Lord’s Prayer.

“This is a remarkable perspective to have on the history of the Bible and of prayer in this country.”

In fact, one of Australia’s first historical records of Christian prayer involves the Lord’s Prayer and an Aboriginal woman. Lake describes this historical snapshot on which her address to the National Prayer Breakfast will be based.

“Since the breakfast is happening online this year, I’m doing my talk from Parramatta in Sydney, which is the traditional country of the Burramatagal, which is a clan of the Dharug (Darug) nation.”

“One of the things I’m talking about is one of the earliest records we have of Christian prayer taking place in Australia, which involves a girl from the Burramatta clan – Boorong – who comes to the attention of colonists in 1789 during an epidemic. This was the smallpox epidemic that wiped out half, to perhaps 70 per cent, of the Indigenous population of the Greater Sydney region.”

“I want to remember Boorong and then remember the broken relationships that have existed in Australia.” – Meredith Lake

Lake continues: “Boorong lives for about 18 months with the first chaplain, Richard Johnson, and his wife Mary. We know from one of Johnson’s letters that he taught her some English to speak and to read. And one of the things he teaches her is the Lord’s Prayer.

“Now there’s nothing to suggest that Boorong has what we might call a conversion experience. She eventually returns to her own people to maintain what she can of her own way of life. But we have in this letter from 1789 this reference between Johnson and her, presumably saying the Lord’s Prayer together in English in those very early years of the colony.

“So I want to remember that, remember her and that encounter, and to think about what it means to pray the Lord’s Prayer in this place.”

In doing so, Lake adds that she also wants to draw attention to Jesus’ call for us to be reconciled with our neighbours.

“What I want to do partly is to remember Boorong and then remember the broken relationships that have existed in Australia, and to think about that as something that still speaks to us today as Christians in Australia,” she says. Turning to our modern secular nation, Lake ponders what Australians might think about the PM and Leader of the Opposition participating in a national prayer event (as they also both did last year).

“I think it raises some really interesting questions because according to NCLS data from 2016, the same year as the last census, three out of ten Australians pray or meditate at least weekly. That, presumably, includes people who pray in a faith tradition other than Christianity. At the same time in 2016, 35 per cent of Australians said they never prayed,” she says.

“… [So] the kind of Christian prayers that get said at [National Prayer Breakfast] are probably quite unfamiliar to a huge section of the Australian community.”

Lake continues: “I think we’ve seen in recent years quite a palpable cynicism sometimes when a public figure responds to a crisis or a tragedy by invoking thoughts and prayers, especially when that is unaccompanied by a practical response as well.”

“Prayer is something that is understood in lots of different ways in the general community, but also there’s not an agreed working understanding of what prayer is, when it’s appropriate or what it means to pray.”

“Prayer can’t be a replacement for … loving mercy and acting justly.” – Meredith Lake

Her caution for Christians, especially leaders, is that prayers can be perceived as hollow when they are unaccompanied by actions.

“Micah 6:8 talks about walking humbly with God, which I take to mean a kind of quietness before God, a kind of prayerfulness, if you like. It’s accompanied there by loving mercy and acting justly.

“It’s an expression, necessarily, of humility. That at the end of the day, we don’t call the shots. We’re dependent,” she says.

“So in a way, prayer can foster that kind of humble posture. Prayer is appropriate for anybody with responsibility, assuming that it’s sincere.”

“Prayer gives us a reminder of our humility and our vulnerability.” – Scott Morrison

This sentiment matches that expressed by the PM in his address at last year’s National Prayer Breakfast in Parliament House.

“What I like about prayer and what is so important about us coming together in our Parliament and praying, is prayer gives us a reminder of our humility and our vulnerability, and that forms a unity. Because there’s certainly one thing we all have in common, whether we sit in the green or red chairs in this place, or anywhere else, and that is our human frailty. It is our human vulnerability,” said Morrison.

Humility before God – during a year in which so much has been out of our control – is also at the forefront of City Bible Forum’s intention for the 2020 National Prayer Breakfast.

“This year’s event is especially significant because it more clearly demonstrates the priority prayer should always have in our lives. Persevering with the breakfast in these trying circumstances, when we are all screen fatigued, clearly expresses our dependence on the creator of all and how much we value crossing barriers, both political and geographic, which the online event now makes possible,” says Hribar.

He adds: “This year we have a wonderful privilege to join with many more people across the country. So, a truly ‘National’ Prayer Breakfast!”