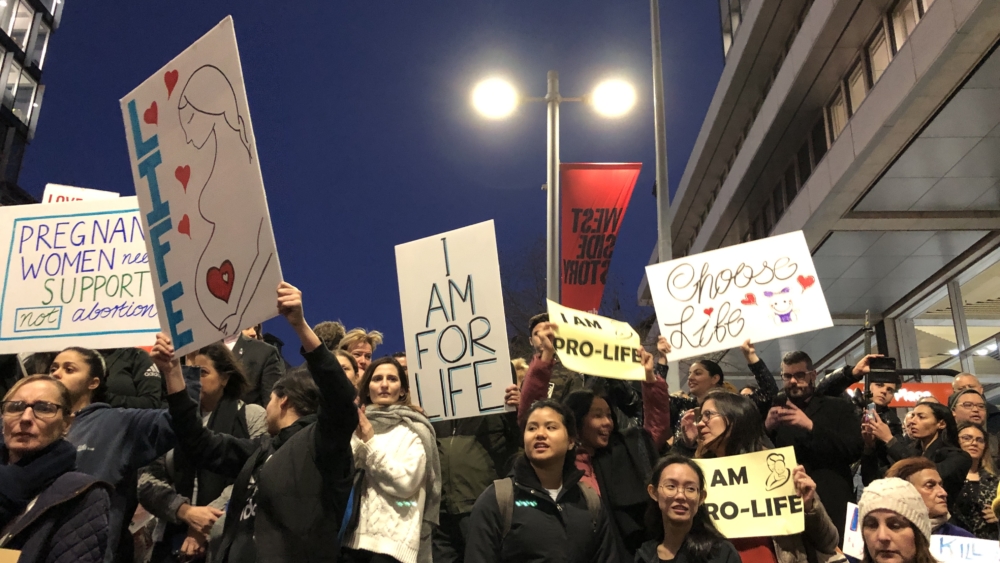 Secular media coverage of Tuesday night’s ‘Stand for Life’ rally has focused attention on Nationals federal member for New England Barnaby Joyce, highlighting the hypocrisy of him taking a traditional moral stance against abortion, yet not practising traditional morals in his personal life.

It’s a hypocrisy that is certainly worth highlighting. Yet, coverage of the rally that is focused on Joyce gets the story wrong – as do tightly cropped photographs of the crowd directly around the speakers’ podium, where men working on security and denominational leaders waiting to speak make the crowd look as if it were dominated by older men.

In fact, the crowd was surprisingly balanced – comprising men and women of all ages. There was a decidedly family atmosphere to the event, too, with young people especially well represented.

Five police officers located in different positions around the event all estimated the crowd at about 2500-3000 – far exceeding the “more than 100” that was originally reported by the ABC on the night, and yet not the “tens of thousands” the Australian Christian Lobby (ACL)  Managing Director, Martyn Iles was feeling when he wrote on his Facebook page “This is nuts – never could have imagined the size and the energy. I have no idea how many are here but it feels like tens of thousands. Praise God.” 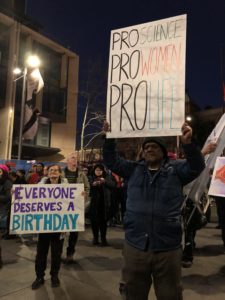 As for Joyce, he was just one of many rally speakers, the majority of whom were Christian leaders. And to be frank, the crowd was far less interested in hearing from him than they were about hearing from whichever Archbishop was the leader of their denomination, along with Liberal backbencher and from former Minister for Women Tanya Davies – whose name was chanted as she got up to speak and who has been a key voice in the debate.

The speaker list actually was far more weighted towards Christian leaders than it was to politicians – encompassing Archbishops and Bishops from Anglican, Catholic, Melkite (Catholic), Greek, Antiochian and Armenian Apostolic Orthodox churches, along with the ACL’s Martyn Iles, and CEO of Right to Life NSW, Rachel Carlin.

Short videos of the seemingly perpetually aggro Joyce also misrepresent the mood of the rally, as does the claim he made to AAP that “people turned up to the rally because they are angry”.

“If you keep on working on angry people, they vote for somebody else and the next thing you know, you’ve got another job,” he reportedly said.

Yet, while the crowd did indeed boo and yell “shame” when any speaker mentioned the rush with which politicians had attempted to push legislative changes through NSW state parliament, this was by no means an angry rabble. Instead, the crowd was almost festive, buoyed by the opportunity to have their say in a political process they clearly felt hadn’t represented them and chanting proudly “We are the pro-life generation”.

There was certainly no sense of anger directed towards women who face unexpected pregnancy; rather a determination to advocate for those women to have services provided that would enable them to make a decision to carry the child to term.

Melkite Catholic Bishop Robert Rabbat told those gathered that the pro-life movement had been painted as not caring about women, which was simply not true.

“We are not here to assess the motivations of others or assess the sincerity of others,” he told protesters. 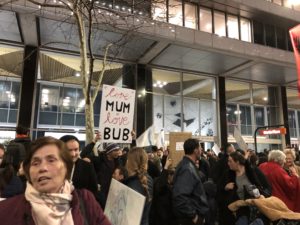 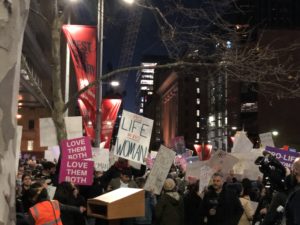 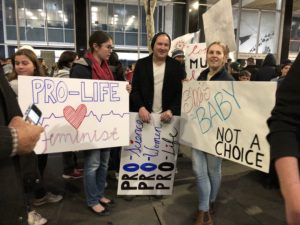