Can you find lasting change, not just a quick fix?

Once considered to be the realm of hippies and yogis, mindfulness has become so mainstream that you may think it’s passé. But people are still flocking to the countless apps, social media pages and websites that allow you to practise mindfulness anywhere, anytime.

Somewhat ironically, mindfulness has also become big business. Last month, the popular Headspace app surpassed one million subscribers. Meanwhile, Calm – awarded Apple’s ‘App of the Year’ in 2017 – is now reported to be worth $250 million. So far this year, people have spent 40 per cent more than ever before on the top 10 self-care mobile apps, according to blog Apptopia. This equates to around $32 million in spending on these apps, which are used for meditation, mindfulness, relaxation and mental/emotional healing.

And mindfulness is not just a secular phenomenon. “Christian mindfulness” has become a brand in itself, as resources crop up from across the globe. In the UK, even a “National Mindfulness Day for Christians” has been created.

But without a biblical framework, mindfulness can be dangerous, warns Christian counsellor and mental health researcher Katherine Thompson. Her concerns over the mass adoption of mindfulness and the lack of transparency in the way it is being taught led her to write the newly-released book Christ Centred Mindfulness. It attempts to give context to the practice of mindfulness by exploring its history in Buddhist meditation and examining its use in psychology. Thompson also proposes recovering a form of mindfulness based on Christian traditions of meditation and prayer.

Thompson’s concerns over mindfulness stem firstly from its Buddhist roots. She warns Christians against opening up their minds through Buddhist meditation mindfulness, saying, “I would seriously question whether other spirits also could speak to you in that quiet space [in ways] that go against your Christian belief system.”

While much of the mindfulness practised in our society is largely divorced from its Buddhist heritage, this can be problematic in itself. Part of the problem is the way mindfulness has been adapted to our quick-fix culture.

“Spiritual growth cannot be achieved in five superficial minutes a day,” says Thompson. The possible result of this quick-fix practice is a “superficial calmness”, rather than lasting personal change. Thompson notes that other scholars have even described mindfulness as “the new opiate” for Western society.

“The word ‘mindfulness’ was first used in 1530 in the context of Christian faith.” – Katherine Thompson

The other problem with removing Buddhist ethics from mindfulness is that the leftover void is often filled with self-focus. In her book, Thompson highlights the issues created by “repackaging” Buddhist meditation mindfulness: “The end result is a secular, humanistic distortion of the original concept, devoid of depth of meaning and significance that it originally had. Some have called this ‘McMindfulness’,” she writes.

Thompson gives examples of self-centred mindfulness practice, such as students trying to get higher grades, businesses using it to increase staff productivity and make more money, and those who use it to increase performance in competition. Even when mindfulness is used simply as an exercise in awareness or attentiveness, such as concentrating when eating something or listening to sounds, the focus is still self-serving – it’s only about what we get out of it.

“From a Christian perspective, it just doesn’t fit with our ethics and belief system because we aren’t self-centred. We are God-focused and about loving people around us, and affecting change,” Thompson argues.

“Christ-centred mindfulness is actually a form of prayer that dates back hundreds of years.”  – Katherine Thompson

And so she has gone back to the history of the church in order to reclaim a Christian mindfulness practice, where the focus is on Christ. “Few people realise that in the West, the word ‘mindfulness’ was first used in 1530 in the context of Christian faith,” says Thompson.

She notes that this Christ-centred mindfulness is actually “a form of prayer that dates back hundreds of years”. “The church practised it before the Enlightenment and modernism came into our society. I think we’ve lost it because we focus so much on science, ideas and facts that we have devalued this other mystical practice.”

Unlike “mental prayers”, where we use words to think or pray, Christian mindfulness or meditation is based on “contemplative prayer”. This is silent prayer, in which you focus your mind on God. “You might also be doing something simple, like reading the Bible, but you are doing it in a different way,” Thompson explains. In her book, she discusses the techniques of ancient Christian mystics and modern Christian contemplatives. Helpfully, the last section is devoted to practical examples that combine some of these techniques with Bible verses, prayer and awareness exercises.

“The whole approach is quite countercultural.” – Katherine Thompson

Another difference of contemplative prayer is the surrender of our will to God’s. “To be open and have your mind in a space where it’s not full of clutter all the time is really helpful, because God can speak into that quieter place and we are more likely to listen,” says Thompson.

The outcome of this, she notes, is that we are more open to the Holy Spirit’s leading in where and who he would like us to serve. It also gives an avenue to help deal with suffering in our lives. “The whole approach is quite countercultural. In our Western culture, we have tried to eliminate suffering … We have this mindset that we can’t have any pain in our life, whether that’s emotional or physical, so we try to avoid it,” says Thompson.

“Yet if we are to truly surrender our life to God, it means that we aren’t trying to protect ourselves and make our lives easier. Instead we are about following in the footsteps of Jesus and being willing to take up our crosses, and follow the Spirit’s leading.”

This lifestyle change is not something that can be achieved through a McMindfulness model. Christ-centred meditation also needs to be a “24-hours-a-day practice”, says Thompson. She describes this as “a quiet awareness of God with you all the time”. She notes the example of the Israelites in the Old Testament, who learnt and meditated on Scripture so that it underpinned their identity and helped determine their daily thoughts and actions. 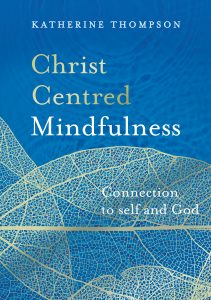 The good (and perhaps challenging) news for Christians is that this just takes time and practice. “The more you practise this silent, focused prayer, the easier it becomes,” says Thompson.

And the results of slowing down and listening to God are worth the effort. In addition to positive benefits linked to secular mindfulness, such as a reduction in levels of anxiety, the outcome of Christ-centred mindfulness is that, ultimately, it brings glory to God.

“It makes a really big change over a long period of time. It will change your focus, how you handle busyness in your life, the balance that you have in your life and probably also the choices you make about how you spend your time. Prayer becomes more about listening than just asking for things or speaking to God about things.”

This nomad says backpacking can have a purpose