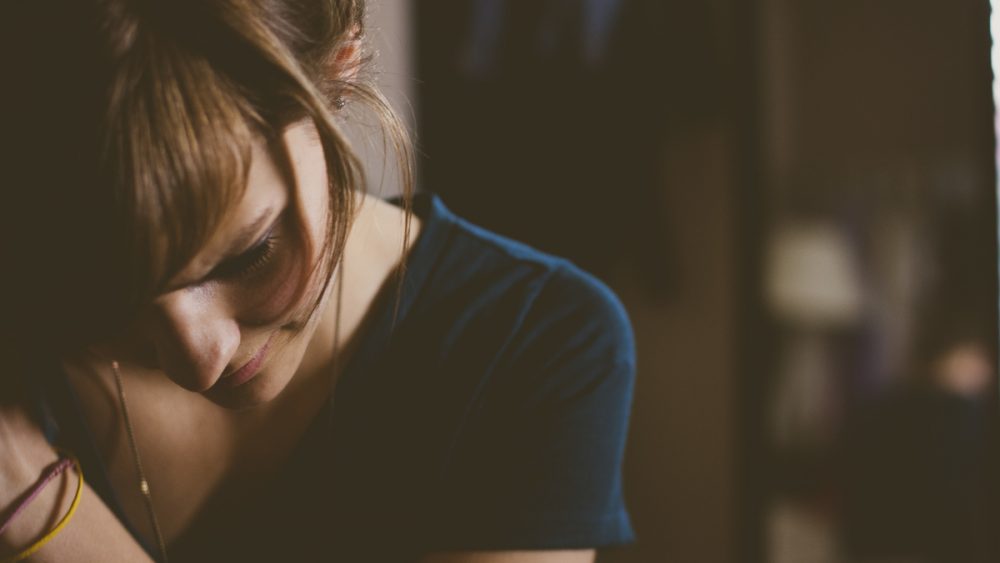 With lots of people struggling with anxiety, we all need this advice
Colin Mukri
Australia

Two things not to say to a sufferer of depression, anxiety or addiction

“What’s wrong with you, why don’t you just trust God?” and “Get over yourself!” These are two pieces of advice that top Mike Emlet’s list of things you should never say to someone struggling with anxiety, depression or addiction.

Emlet is a licensed therapist and former family doctor, and a faculty member at the Christian Counselling and Education Foundation. He has been a practising counsellor for more than 15 years.

Talking to Eternity from his Pennsylvania office, Emlet says one of the worst ways to respond to someone struggling with anxiety, depression or addiction is to mouth clichés that don’t take time to understand the difficulty of the issues that they are battling.

“[Giving someone] the sense that it should be easy, that they should just trust Jesus, or just trust the Lord … well, what does ‘just trust’ look like?

“Am I okay with showing my weakness and showing my struggles and the places where I don’t have it together?” – Mike Emlet

“If we’re honest, growth in the Christian life is difficult, particularly in those areas where we have particular temptations again and again, or propensities, whether it’s towards anxiety or towards melancholy or towards addictive behaviours. So I think it’s a very dismissive way of handling that,” he says.

Instead, Emlet suggests we work hard at creating a culture of vulnerability and honesty in our relationships, starting with ourselves. He suggests asking ourselves, “am I okay with showing my weakness and showing my struggles and the places where I don’t have it together?

“[Seeing] that others daily need to lean on Jesus for grace and mercy brings people out who might be feeling ashamed or guilty or wondering what someone is going to think if they share their struggle,” Emlet adds.

“Sometimes in the church we have started to move away from that radical dependence [on Christ].” – Mike Emlet

This is only the first step. After we create the culture of openness, Emlet says we need to take the time to listen to the struggles of others, asking good questions and not offering simplistic clichés. He suggests modelling our response on the Psalms, which “create an amazing picture of the freedom God gives us to bring our concerns to him, our complaints and griefs and laments and confusion.”

Emlet wonders whether we can give each other the same freedom to share our struggles in the safety of the Christian community, and then help one another to bring our fears and concerns to the Lord.

He believes that this would be a faithful enactment of what is written in the New Testament.

“The whole existence of the New Testament, particularly the epistles, shows us that we need instruction. The early churches were full of different kinds of struggles.

He hopes that regularly acknowledging the struggles of God’s people portrayed in the Bible will show Christians that it’s okay to struggle.

“Anxiety is not just about out there, potential catastrophes or situational concerns. Anxiety also has to do with where we’re placing our ultimate trust.” – Mike Emlet

“[And] it’s not that we want to stay there, not that we are content to be in a place of brokenness or sin, but when I read the New Testament I see the emphasis on humility and meekness. He is strong, though I am weak. Sometimes in the church we have started to move away from that radical dependence.”

But Emlet is careful to say that radical dependence on Christ does not preclude a person from suffering with anxiety, depression or addiction, or that those who struggle in those ways are necessarily sinning.

He uses the example of a panic attack as something that he would not describe as sin, saying that, “it’s like the body is jacked up almost pre-cognitively. You experience something bodily before you’re even thinking about it.”

But as commonly happens, the physical manifestations become overlaid with additional anxieties over time and that’s where the spiritual aspect really begins to be seen, and when it becomes important to ask what trust in the Lord looks like in those situations.

“Anxiety is all over the pages of Scripture,” says Emlet. “The most common command in the Bible is ‘Don’t be afraid’. So, on the one hand, you could say fear and anxiety is not in line with God’s design.

“At the same time, you see the way God approaches his people who are fearful, and the vast majority of the time it’s more like a father comforting a frightened child at night as opposed to ‘what’s wrong with you?!’ It’s much more, ‘I’m here, I’m with you, there’s no need to be afraid’.”

But Emlet insists that anxiety is fundamentally a spiritual issue, because it has to do with our relationship with the Lord.

“Anxiety is not just about out there, potential catastrophes or situational concerns. Anxiety also has to do with where we’re placing our ultimate trust.

“But there is a spectrum. There are normal everyday worries that don’t maybe grip us repeatedly. Then there’s some focal anxieties that become much more of a daily kind of thing. That’s where I’d want to start to talk about where that person’s ultimate trust and ultimate hope rests.”

When it comes to addiction, Emlet says it can be more clear cut. Referencing Ed Welch, he says that in one sense it is right to consider addiction a worship disorder. But he also admits it’s more complicated than that.

“Many addictions at least pull in the body. We are body-spirit creatures, and there’s a way in which addictions hijack the body.” He says it’s simplistic to say to someone entrenched in substance abuse that they are sinning and they need to stop it. “There’s a much more fluid way that you walk alongside someone who is struggling in that way, that has to take into account spiritual issues of sin, but also the body.”

Emlet is good humoured in admitting that when it comes to the big question of why God allows such suffering, we just don’t know. “We get hints of the answer, but at the end of the day we’re still not privy to why God does what he does.

“At that point, I have to hold several things in tension: That God is loving and he is faithful to his covenant to his people. I hold that in tension with the fact that he is all powerful and not the author of evil, yet he is allowing or permitting this evil to happen, and in my puny mind I can’t put that together.

“On the one hand, that can feel unsatisfying, but on the other, ultimately we serve a God who himself took on flesh, who himself was our suffering servant, so we are united with Jesus who is the suffering servant. I think that is a huge part of coming to grips with how to cope when suffering is so severe.”

Mike will be in Australia in early August to run workshops and counselling intensives. Find out more: https://www.biblicalcounselling.org.au/training-in-biblical-counselling/

The world is turning its attention to mental health issues and those affected by them.…