What my local council thinks Easter is all about

Their handout starts out well …

The Easter handout from my local council, the Inner West Council, nestled against the CBD of Sydney, starts out so well.

“Happy Easter! There’s more to Easter than bunnies & chocolate!” It might have been a church handout. 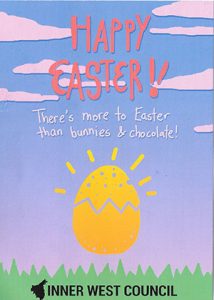 “Amazing,” you might think, “it’s very inclusive to help the Christians celebrate their special festival.”

But then you turn it over. 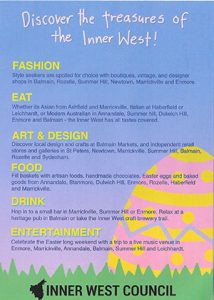 Perhaps church might be included in the ENTERTAINMENT section which suggests a visit to a live music venue. But ART & DESIGN does not include any church building in the district – some with striking artworks.

So Easter, as far as the local council is concerned, is Jesus free.

Luckily the local churches have been leafleting too. With the message of the first Easter. 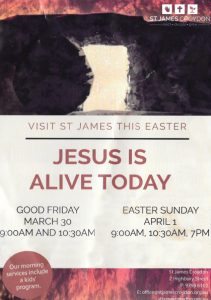 Here’s how Saint Paul records it.

How to have an ethical Easter without breaking the bank 5 tips for loving the elderly this Corona Easter