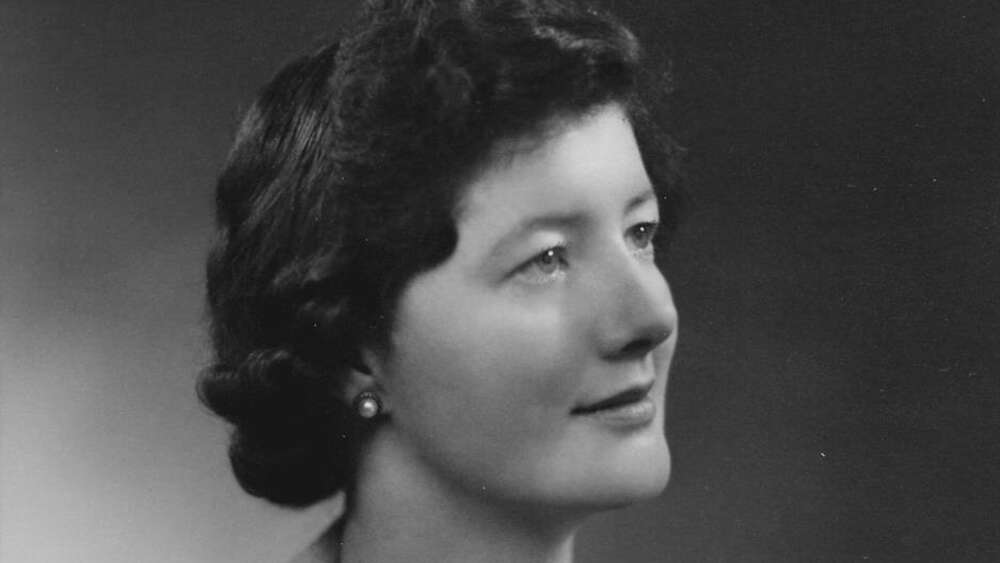 A sermon from World War II, for a time such as this

For Lent 2021, a collection of 40 sermons delivered by Alison Daunton-Fear have been published as Treasures from a Deep Mine (Onwards and Upwards Publishers). An English Christian who moved to Australia, Daunton-Fear was a gifted preacher with a ministry spanning a large part of the last century, including World War II. As the Church of England did not allow women to be ordained at that time, she mainly preached to women’s groups, especially the Mothers’ Union. Her work complemented that of ordained husband Richard, who worked as an Archdeacon in New South Wales and South Australia during the 1960s. Although the exact dates of most of Alison’s Bible talks have been lost, the collection of 40 brief sermons have been grouped chronologically. She gave nearly half the talks in Australia.

‘Victory through Faith’ is one of the sermons she delivered during the Second World War, and contains pearls of biblical truth and wisdom for today.

We often feel and live as though we had no assurance of victory in the world – as if the powers of evil and darkness were swamping all the good in the world. We see no end to suffering.

These words of St. John [in 1 John 5:4] were written to little Christian communities in cities and towns of the Roman Empire. Churches were formed by humble men and women of little or no wealth. There were great persecutions and thousands were put to death. Society was tolerating great evils. To all appearances, the power of Rome was irresistible. This was the world as John knew it and yet he had the sublime audacity to say he knew a greater power than evil: “This is the victory that has overcome the world – our faith.”

In all his writings John speaks of victorious power overcoming a mighty, perpetual opposing force. The Bible is true to human experience in that it does not hide the fact that a Christian must have conflict. There is no promise of immunity from struggle but only from defeat. And we are told not to underrate the strength of the enemy. We often do. We think of our enemy in terms of flesh and blood but in Ephesians 6:12, we are told that: “We wrestle not against flesh and blood, but against principalities, against powers, against the rulers of darkness of this world, against spiritual wickedness in high places.” This enemy is described in the Bible as “the world”.

Bishop Gore [a Bishop of Oxford, scholar and influential Anglo-Catholic writer during the late 19th century, early 20th century] spoke of it as “society organised without reference to God”. Materialism sets store on things visible, earthly, sexual and temporal and, of course, there is unbelief in God.

Having faced our enemy squarely, God puts into our hand his secret weapon – the only way to victory – faith. ‘Treasures from a Deep Mine’ Onwards and Upwards Publishers

The Christian does not refuse to see material things but he sees beyond them. When the Titanic was sailing to Canada, there was a treacherous fog. However, an engineer said there was a camera with a lens that would pierce the fog. Faith is the powerful lens given us by God to pierce the mists of this world.

This is the victory that overcomes the world – that is certain to prevail – even our faith in Jesus Christ.

All our Christian martyrs have overcome the world by faith, by their power to see beyond seeming defeat, by divine second sight. [In the book of Acts] Stephen, in the midst of his stoning, did not see defeat; he only saw the heavens opened and God’s ultimate victory. He, being full of the Holy Ghost, looked up steadfastly into heaven and saw the glory of God and Jesus and he said, “Behold, I see the heavens opened, and the Son of Man standing on the right hand of God.” (Acts 7:56)

Can you share that vision? If we want to see the victory of faith, read Hebrews 11. This chapter is one of God’s war memorials. Amongst those remembered is Moses: “By faith Moses chose rather to suffer affliction with the people of God than to enjoy the pleasures of sin.” (Hebrews 11:24-25) Why did he make this decision? He endured as seeing him who is invisible.

Can I? Can you? Can we endure the big tests as well as the trivial things?

This is the victory that overcomes the world – that is certain to prevail – even our faith in Jesus Christ.

An essay on mountaineering tells of men climbing a mountain to see the sunrise only to find they are enveloped in mist, cold and damp. They returned chilled and disappointed. Yet the sun had risen! I can see another group of men and women enveloped in the coldest of all mists – the mists of doubt. Their hopes were shattered by the crucifixion. Yet the Son of God had risen! And John, remembering his resurrection and his ascension, was fired with the vision of the victorious Christ, undefeated by death and the world, unharmed and with his throne set in heaven.

When the mists of doubt close in upon us, it does not alter the fact of our faith – the ascended and glorified Jesus. The Son has risen. Yet the mists of doubt often chill us and it might be said more truly of us, “This is the victory that overcomes us, even our doubt!”

The sword of faith is in the shape of a cross.

Are we being overcome by the world, or is the world being overcome by our faith? Jesus can overcome the world in me. The question is not, do we possess faith, but are we being possessed by our faith – by Jesus Christ? If we are to keep the world at bay, he must possess our hearts and wills and bodies. He alone remains untarnished by the world: “The ruler of this world … has nothing in me.”(John 14:30); “Be of good cheer, I am the vanquisher; I have overcome the world.” (John 16:33)

John said of the martyrs, “They overcame … by the blood of the Lamb.’ (Revelation 12:11) His cross is our redemption.

The sword of faith is in the shape of a cross. As we are reminded by a favourite hymn [For all the saints, by Bishop William Walsham How]:

And when the strife is fierce, the warfare long,

Steals on the ear the distant triumph-song,

And hearts are brave again and arms are strong

*Treasures from a Deep Mine by Alison Daunton-Fear is published by Onwards and Upwards Publishers.

Treasures from a Deep Mine

Available from Onwards and Upwards Publishers