Here are two love stories that prove it

Janice Hickman was in her late thirties, and still single. There were no prospective life partners at her church and she had begun to think that marriage may never happen for her.

While she “wasn’t desperate”, Janice had exhausted all avenues in the search for love – apart from one.

“The one thing I wasn’t prepared to do was online dating,” she tells Eternity.

“I had a very different view about how God would bring my life partner, and that didn’t include online dating.”

But it seems God had other plans.

When Janice’s friend got engaged to an “intelligent Christian man” she met on a dating website, it started to change Janice’s perspective. She felt “really challenged by God” that his will for her life might in fact include the one thing she didn’t want to do.

Eventually, Janice headed to the same website her friend had used – and created a profile. She was careful to be “very specific” about what she was looking for, establishing that Christianity was “10 out of 10” in terms of important characteristics for the man she was matched to.

After passing on a few suggested matches, she came across a profile for a man named Paul. “[On his profile] he said the three most important things he was looking for in a partner were: a water baby, a surfer and somebody who loves dogs.

“I thought for goodness sake, no wonder you’re single! There’s got to be more that you’re looking for. So I deleted him,” Janice admits.

“And then, a week or two later, I get this message from Paul and he said, ‘Hey, J. Want to chat?’

“This the God part of it … It really was quite miraculous. Paul was not what I expected. God gave me the kind of guy I needed rather than what I thought I wanted.”

It turned out that they both lived in Sydney – just ten kilometres away from each other.

“To say [online dating] is out of the realm of how God would work is, one, arrogant, and, two, it’s limiting God.” – Janice Hickman

For Paul, who was also a Christian, it was love at first sight. “When he first saw my picture, God said to him ‘this is going to be your girl’,” Janice shares.

The couple dated for two years and were married in December 2013. During their six years of marriage, they have welcomed a son, Elijah (now six years old).

Janice’s opinion of online dating has turned full circle. In fact, she has become an advocate for it and played a part in “setting up” several other marriages through online dating.

“Eharmony should give me shares or a commission,” laughs Janice. “I’ve been telling my story to a lot of people. I know of about three of four people who’ve got married because of my story. I said, ‘Hey guys, you’ve got a hundred bucks to lose [the cost of an online profile]. Don’t you think it’s the best investment you could make as an option for God to work through?’”

She continues: “To say [online dating] is out of the realm of how God would work is, one, arrogant, and, two, it’s limiting God because he uses every realm these days.”

While Janice acknowledges there’s still a bit of stigma around meeting someone online, she says this disappears after the first date. “The wonderful thing about internet dating is it’s almost like your friend saying, ‘Hey, I know someone. Would you like to meet them?’ All it is is an introduction.” 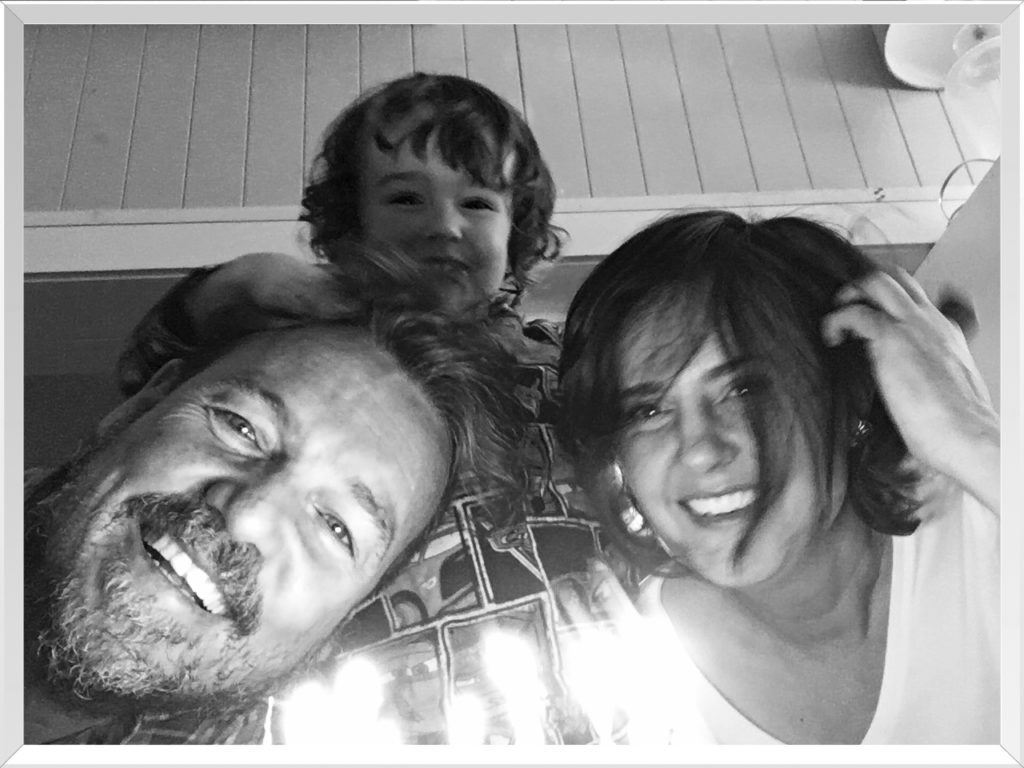 Janice and Paul Hickman with their son

Deb Herbert is also a “convert” to online dating. She is, in fact, one of Janice’s success stories.

“I was living with Janice at the time [she was dating] this lovely guy [Paul]. I thought, ‘Ooh, that’s intriguing. But I didn’t think it was for me … It seemed too dangerous or too risky …

“I had this image of Tinder, where it’s people who just want to hook up and have a shag,” Deb explains to Eternity in her earthy, north-English accent.

She also didn’t want to end up as that “story on the news about this woman who has gone out with a con man.”

But then she was invited by Janice and her “tremendously amazing” boyfriend Paul to a barbecue with a number of the couples who had met online, and had since got married and had children.

Deb was in her late thirties and “trusting God to meet someone”. She says these success stories convinced her to give it a go, along with the fact these men were “normal guys who were a bit of all right”.

“He was just trusting God from the get-go … But I was still thinking ‘what if he’s a crazy person?’” – Deb Herbert

In setting up an online profile (also on eharmony – which, incidentally, was established as a Christian dating site), Deb explains that you can even select the denomination you would like your partner to belong to.

“But I just kept it open to Mr Christian,” she says.

Deb adds: “For the most part, a lot of the lads were in church and serving – they were just good lads.” Although, she confesses to coming across a few “interesting ones”.

Then she saw Chris’s profile. “I thought he was really handsome and his profile was lovely … We got chatting and we really hit it off. We’re very different in terms of our interests but we have the same values.”

Chris had turned to online dating after seeing an ad on TV, because there were no eligible women his age at church. Like Janice’s husband Paul, Chris later told Deb that “he knew straight away, even in [online] correspondence” that she was the one.

“He said that for him, meeting me was just a formality. So he was just trusting God from the get-go and trusting the whole [online dating] system,” says Deb, “But I was still thinking ‘what if he’s a crazy person?’”

“I really liked him but I was a bit hesitant. For me it took longer. After six weeks, he asked me to marry him. I said, ‘I’m not saying no, I’m just saying not yet.’”

“If you had asked me beforehand, I would have said … ‘I would never date online.’ And here I am doing it all!” – Deb Herbert

Marriage has not been all smooth sailing for Deb and Chris. They have suffered through many miscarriages in order to have their two children, three-year-old Elsden and three-month-old Frankie.

And while Deb stresses there’s more to her love story than just meeting a nice man – that a good marriage takes a lot of work – she says she has found her companion for life.

“It is kind of cheesy but [online dating] works. I know so many of us who have good marriages. It does feel like we met [our partners] in church, but we’ve met them online – which is kind of weird!”

Em Mann shouts out to all the single (and otherwise) ladies