The incoming Liberal MP for Goldstein and former Human Rights Commissioner, Tim Wilson has accepted that freedom of speech and freedom of religion are “brothers”, agreeing with Ridley College theology lecturer Rev Dr Mike Bird that they are both “imperative to an open and free democracy”.

The pair were speaking at an event hosted by Mentone Baptist Church in Victoria on Tuesday night, considering the state of religious freedom in Australia.

Both speakers said they were concerned about the upcoming debate over same-sex marriage and how some anti-discrimination laws and the risk of litigation might impact that. However they both held out hope for civility and respect from both sides.

Wilson said Australia is not a secular society, but rather a pluralist one, where different ideas and views could co-exist. 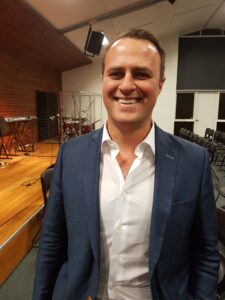 Tim Wilson made an impassioned plea, one that may well be repeated when he gets to sit in the Parliamentary Liberal Party room in Canberra in the months ahead, for the repeal of section 18c of the Racial Discrimination Act (1975) which means you cannot say anything which is “reasonably likely … to offend, insult, humiliate or intimidate another person or a group of people” because of their “race, colour or national or ethnic origin.

Wilson went into detail about what he called the “disgraceful” use of the Tasmanian anti-discrimination law, which as he put it, has already been used as a “weapon” in the same-sex marriage debate. While Wilson is on the record as personally strongly in favour of same-sex marriage, his statements made it clear that he would stand strongly for freedom of speech and for freedom of religion in the coming debate. He criticised lobby groups who sought to use the law to protect their position.

Tim said Australia is not a secular society, but rather a pluralist one, where different ideas and views could co-exist. He said it would be wrong to impose secularism, and in fact it would be a failure. Rather he proposed a “lived culture of rights with responsibilities”. 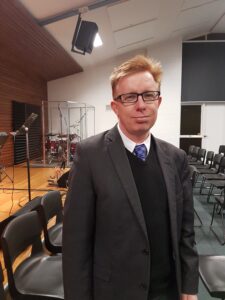 Michael Bird began with some challenging tales from the American scene, where same-sex marriage was already impinging on religious freedom in many ways, in schools, in universities and in public life.

Commenting on the policies of the Greens, it was clear he said, that they wanted to limit religious freedom solely to the private sphere and keep it out of the public arena.

Importantly, while debates around LGBTIQ were the presenting issue, they are not the underlying issue, he said.

Bird argued that what lies beneath, and must be addressed, is the objection that many have to the very presence, practice and perceived privilege of religion. For many in society, religion is now identified as that which holds us back from progress, it is seen as negative and unhelpful.

As to the way forward, he suggested we could end up with (hopefully) a society that celebrates the differences, “vive la difference” as the French say.  More pessimistically another French word might fit – “laïcité” which is a more aggressive prohibition of religious influence from public life.

As to the Church, Michael expressed hope, even confidence that it could avoid becoming like the world but instead would be like the Chinese church which, with no faith-based schools, no tax exemptions and no fancy theological colleges had flourished and grown exponentially.

Danger: religious displays at work could get you fired

How to make religious freedom a reality

Religious freedom is a basic right

Frank Brennan, Catholic priest and professor of law at the Australian Catholic University doubts that…

Mark Fowler on why belief needs a legal shield

The voice of the “No” campaign on what comes next