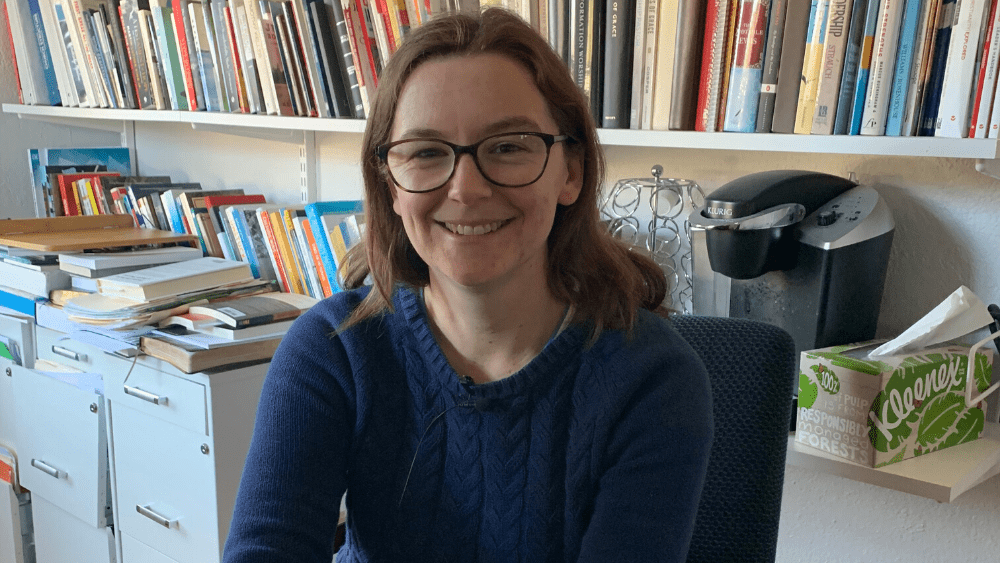 When Rachel Gilson first met her husband on a Christian mission, they both had a crush on the same person – another girl.

“Not exactly the typical start to your love story,” admits Gilson, author of the candid new book Born Again This Way: Coming Out, Coming to Faith, and What Comes Next.

Sexual desires and identity, and what the Bible says about them, is a sensitive subject. Eternity has published several articles about same-sex attraction and Christianity, for you to read, consider and pray about.

Same-sex attracted Christians are called to a life of love, not just self-denial

Same-sex attracted Christians are called to a life of love, not just self-denial

Gilson realised she was same-sex attracted in high school. At the same time, she had a growing curiosity about Christianity, which eventuated into a life-changing decision while at Yale University.

Gilson was reading CS Lewis’ Mere Christianity, when she was “arrested by the reality that there really was a God”. She describes this moment to host John Dickson on the latest episode of Eternity’s Undeceptions podcast.

“I was just overwhelmed,” Gilson explains to Dickson. “It’s not like I saw it physically with a vision, but mentally it was clear as day to me that not only did God exist … but the God who existed was transcendent, was perfect, was everywhere, and had made me and, therefore, I was going to owe him an account.”

“As a new Christian, I still had to deal with all of these desires that welled up within me powerfully.” – Rachel Gilson

During that moment, Gilson says she also felt convicted by “the Holy Spirit” that “God’s word said no to same-sex, lust and sexual relationships – that was just clear to me.”

However, while she gave her life to Christ, Gilson still felt attracted to women. In her first year as a Christian, she had another romantic relationship with a woman and even, at one point, returned to her first lover.

“As a new Christian, I still had to deal with all of these desires that welled up within me powerfully … and naturally.”

“It was a journey for me. There was this tension where I would say, ‘well, I know what I’m supposed to do and I also know what I want to do. And they don’t always line up.’”

Although Gilson didn’t have the strength to fight these desires on her own, she felt God saying to her: “I need to give you the strength.”

“I think sometimes the church can talk as if the things that entice us aren’t actually that great. And sometimes that’s true. But I think it was helpful, in my first years of trying to navigate this, to say that the things that I was desiring in these relationships – intimacy, connection – there’s actually pieces of it that do reflect something that I’m made for. I’m made for that type of intimacy.

“But God is saying in his word … you’re not going to be able to create for yourself the home in relationship that I am, and that my church is.”

“People can, if they want to, declare that maybe I’m self-deluded. They don’t know me.” – Rachel Gilson

At age 22, Gilson married her husband Andrew. She had developed a “growing affection for” him but it was a “tiny little flame” rather than the “fireworks and butterflies” she had felt for some women.

Having now been married to Andrew for 12 years, Gilson says she wouldn’t go back to her old life “for anything”.

“I really have found love and joy and purpose. There is a delight in my home life that has been steady and vibrant for over a decade. Now, I don’t think that those other relationships could have possibly been sustained …”

She continues: “I’m sure that there are certain same-sex relationships that do have a vibrancy and a stability to them. I’m not even trying to say that that doesn’t exist. But what I have experienced in the marriage God has called me into, has been rich and full and delightful.”

“People can, if they want to, declare that maybe I’m self-deluded. They don’t know me … Sometimes [me and my husband] joke that we have a very boring, normal marriage, but in the sweetest and happiest of ways. I wouldn’t trade it for anything.”

“The life I find in Jesus Christ … is worth saying no to everything else. That does not mean it’s been easy.” – Rachel Gilson

So has Gilson been “healed” from same-sex attraction?

“No. My husband and I will joke that if anyone ever was going to ruin our marriage, it’s going to be another woman between either of us!”

She adds: “I think all of us have to deal with what does it mean that we are embodied desirers …

“There are some things it feels like to say no to them would be death … I’m only able to say no to these things – which on their own do look deeply attractive and have even provided me some source of comfort – when what I’m turning to instead is a bigger.

“The life I find in Jesus Christ – in his word and his Spirit and his church, in the promises I’ve been given in the love that I’ve received – is worth saying no to everything else.

“That does not mean it’s been easy. There have been times where I have been confused or I’ve made mistakes. But the thing that brought me back again and again was the goodness of Jesus Christ.

“There were times where I could have left the faith. I could’ve gone back into my old life with a wonderful woman, built a life there. But, having tasted what life with Christ was like, I couldn’t pull the trigger. It wasn’t worth it without him.”

“In some elements of church culture, there can be this thought that God’s not pleased with you unless you’re straight, which is unbiblical and deeply unhelpful.” – Rachel Gilson

What’s it like to live as a same-sex attracted Christian who is married to someone of the opposite sex?

“In some elements of church culture, there can be this unhelpful thought that God’s not pleased with you unless you’re straight, which is unbiblical and deeply unhelpful,” says Gilson.

“God cares about what we do with our desires and our bodies. I can be attracted to men or women, or both, or neither … Really, if I’m called to marriage, what I’m called to is sexual expression with this one man.

“So, I was freed from having to worry about the fact that I have passing attraction to other women. I say, ‘OK, that’s fine, but I’m not going to sow into that.’

“‘I’m going to sow into this man that God’s given me.’ And in that, God has actually brought me a lot of healing in bad attitudes I had towards sexuality.”

Listen to the full episode of the Undeceptions podcast “LGBTI Christian“.

In the first of our ‘Three Minute Jesus’ series, historian John Dickson confronts the biggest…

Ridley College has appointed historian and Christian apologist John Dickson to its faculty, to bring…

We’ve collected all of your toughest chestnuts over the past season. Now John Dickson gives them a crack!

Tis the season to be wary. There are lots of things we take for granted about Christmas, but how many of them have a foothold in history?

The host is in the hot-seat. Anita Savage grills John Dickson on whether Jesus’ life is a matter of fact

If Jesus were preaching a sermon today, he would start by saying “blessed are the…

Clive’s story | The one verse that made all the difference