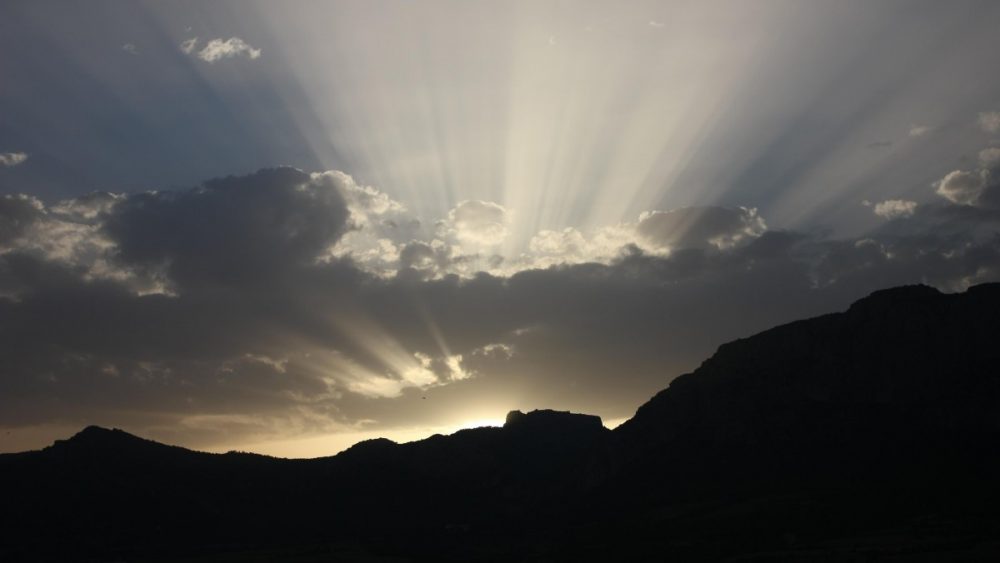 What you find on someone’s book shelf can be quite revealing. It certainly is in God’s case. The metaphor of God’s books in heaven runs throughout the Bible and tells us much about his dealings with us human beings on earth.

According to the Bible, there are three types of books in God’s library.

The Book of Life

The first and perhaps best-known is a list of names. In both testaments of the Bible, an eternal ledger of the names of those who belong to God is mentioned, most often termed “the book of life.”

The existence of such a book ties in with the Bible’s consistent interest in genealogies, family lists and national registers in Israel. In biblical thought, names matter, especially those of people known by God.

An early reference concerns God’s wrath in response to the idolatry of the golden calf in Exodus 32: So Moses went back to the Lord and said, “Oh, what a great sin these people have committed! They have made themselves gods of gold. But now, please forgive their sin – but if not, then blot me out of the book you have written.” The Lord replied to Moses, “Whoever has sinned against me I will blot out of my book” (vv. 31-33).

…those whose names are in the book are destined for salvation.

The book that God has written seems to contain the names of those whose sins God has forgiven. The rest of the references in the Bible to this book are remarkably consistent on this point.

References in Psalm 69 and Daniel 12 reinforce the idea that those whose names are in the book are destined for salvation and those whose names are not will face judgment: At that time Michael, the great prince who protects your people, will arise. There will be a time of distress such as has not happened from the beginning of nations until then. But at that time your people – everyone whose name is found written in the book – will be delivered (Dan 12:1).

What is referred to simply as the “books” (Rev 20:12) are presumably the records of the lives of those whose names are not found written in the book of life, which form the basis of their judgment and condemnation.

The book of life being decisive for our acquittal at the Last Judgment underscores the grace and mercy of God towards those whose names are therein written. The existence of the books, on the other hand, carries a more sobering message.

The Book of Remembrance

Malachi 3:13-15 reports that some of God’s people are saying that there is no point in serving God, obeying his commands or in fasting and repenting. Worse still, those who turn their backs on God seem to be getting away with it: You have said, “It is futile to serve God. What do we gain by carrying out his requirements and going about like mourners before the Lord Almighty? But now we call the arrogant blessed. Certainly evildoers prosper, and even when they put God to the test, they get away with it.”

The issue strikes at the heart of their identity as the people of God.

Those who do seek the Lord are understandably discouraged by this state of affairs. Doesn’t God notice when people flout his authority? Is there no difference between those who are faithful to him and those who are not? The issue strikes at the heart of their identity as the people of God. Are they special to him? Does he notice their efforts to live in faith and obedience?

The best background against which to understand this “book of remembrance” is in terms of God as the divine King surrounded by his heavenly servants instructing a scribe to record an event in the royal archives. Esther 2:23 notes a “recording in the book of the annals in the presence of the king.” In Esther 6:1 “the book of the chronicles, the record of his reign” is ordered for the king. And in Ezra 5:17 a search of the “royal archives” takes place.

The book of remembrance confirms that God knows the struggles of our lives.

The book of remembrance is not the same as the book of life, that heavenly register of the faithful. Nor is it the record of the deeds of the unrighteous from which God will mete out justice (cf. Dan 7:10; Rev 20:12). Rather, it is an ongoing account of the words and deeds of the God-fearers. Those who sought to honour God’s name needed reassurance that God knew of their plight and was taking notice. The same sentiment is present in Psalm 56 where the psalmist, faced with “enemies in hot pursuit” (v. 1), asks God to “record my misery; list my tears on your scroll – are they not in your record?” (Ps 56:8).

Whereas the knowledge of God might sometimes seem ethereal and removed from our daily lives, the fact that we are known by God even in our darkest days is a great comfort. The book of remembrance confirms that God knows the struggles of our lives.

Dr Brian Rosner is the Principal of Ridley College, Melbourne. This article is adapted from Known by God: A Biblical Theology of Personal Identity, with permission from Zondervan. On September 12-14, he will deliver the New College Lectures on Personal Identity.

Known by God: A Biblical Theology of Personal Identity

I was innocently sitting in a cool Melbourne cafe, when...