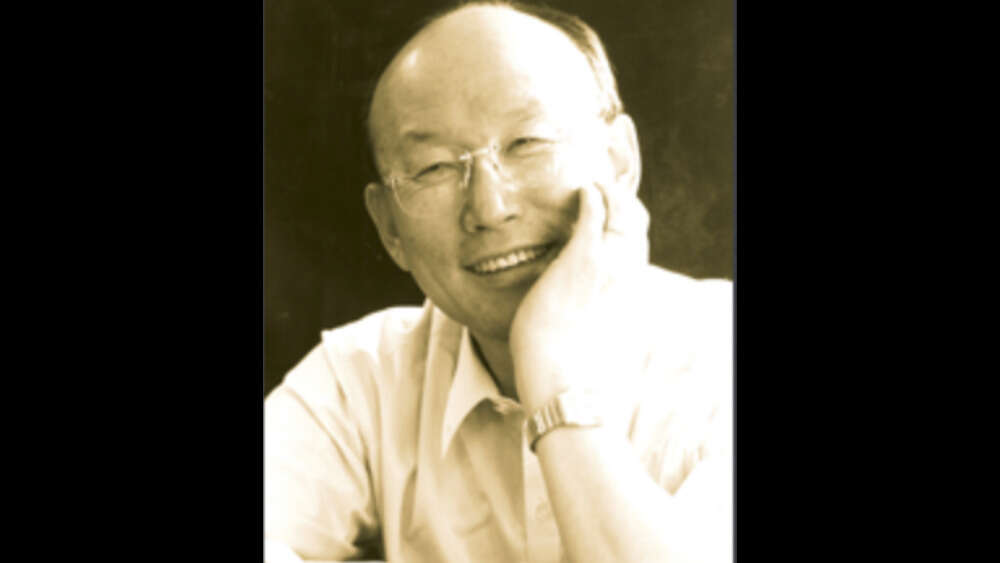 Rev. Cho Yong-gi, the South Korean founder of one of the world’s largest churches, died on Tuesday at 85 years. Known as David Yonggi Cho in English-speaking countries, the Pentecostal pastor reportedly succumbed to complications of a cerebral hemorrhage suffered in July 2020.

“He conveyed the gospel of hope to the Korean people who fell into despair after the Korean War,” the church said in a statement. “He was instrumental in growing the Korean church, particularly developing Yoido Full Gospel Church as the world’s largest church.”

Cho converted from Buddhism to Christianity as a 17-year-old when he says, hospitalised with severe tuberculosis, he prayed to God and was miraculously healed.

In 1958, Cho co-founded a tent church in northwestern Seoul with Choi Ja-shil, his mother-in-law, with just five congregants.

The church later moved to Yeouido, a financial district in the city, and became Yoido Full Gospel Church. It is affiliated with the Assemblies of God denomination. In 2007, The Economist reported the church as claiming to have 830,000 members. The membership has since declined to around 600,000.

Despite leading an enormous church, Cho was an enthusiastic proponent of Christians meeting in much smaller home or cell groups. Cho described his church as “the smallest and the largest in the world”.

Cho believed church small groups nurtured greater fellowship and participation in a congregation and were a “dynamic principle of growth”. His 1981 book, Successful Home Cell Groups, set out guidelines to “bring the miracles of home cell groups and church growth to your congregation.”

As a pastor, some criticised Cho for preaching a prosperity gospel that promised Christians material prosperity and a life free from suffering. Yet when speaking to the Korea Times in April 2020 at the start of the COVID-19 pandemic, Cho and his son made no such claims.

“God allows such events for the reasons we cannot see. In times like this, it is critical for us to keep our faith that He has good intentions and that He would give us what may seem bad at the moment but will turn out to be good eventually,” Cho said.

The real controversies of Cho’s ministry unfolded after his retirement. In 2011, a group of 29 elders of the Seoul-based church filed a complaint with the Seoul Central District Prosecutors office saying that the pastor had allowed his eldest son to use more than 20 billion won (equivalent to approximately $US 17 million today) of church funds to invest in stocks, which constituted a breach of trust. Cho denied the allegations.

In 2013, 30 of Yoido Full Gospel Church’s elders held a press conference, again accusing Cho and his family members of embezzling $20 million and privatising church assets. The elders alleged that Cho had borrowed church funds he had not replaced and acquired huge church donations without disclosing their purpose on multiple occasions dating back to the 1990s. They also alleged Cho had been given an $18 million severance pay when he retired as senior pastor.

In 2014, facing court charges of breach of trust, corruption and tax evasion, Cho testified that he trusted his elders and son and had not read the thousands of pages of paperwork he had signed, nor received any money from the transaction.

Cho was convicted as an accomplice for instructing church officials to purchase his elder son Hee-jun’s stocks at four times the market price, resulting in a loss to the church of approximately US$12 million. He was also found guilty of tax evasion of US$3.3 million.

“The criminal activity would have been impossible without the approval of Pastor Cho, who had ultimate decision-making authority,” the court ruled. “By condoning the documents that were being written while he was the head of the church, he was largely responsible for these crimes.”

Cho was sentenced to a suspended three years in prison, with five years probation and US$4.67 million in fines.

In the same ruling, Cho’s elder son Hee-jun was determined to instigate the crime and sentenced to three years in prison. He was taken into custody immediately.

Cho described the day of his conviction as the hardest day in his 50-year ministry. The pastor later told his church he’d learned from the experience that “an individual shouldn’t possess anything. Besides health, status, fame, authority, money… these are all matters that are outside the body and unworthy of any pursuit.”

Following Chos’s convictions, some supporters defended the pastor, describing the incident as a case of a pastor’s misplaced trust in a wayward son.

Cho continued to minister in his retired Emeritus position, occasionally preaching until he collapsed from cerebral hemorrhage last year.

“I can only offer my deepest gratitude when I think about God’s grace, Jesus’ love, and the Holy Spirit’s guidance which cannot be adequately expressed in words,” Cho says on the church’s website.

“Ever since giving the days of my youth unto the Lord at the foot of the Mountains in Daejodong in 1958, I have been ceaselessly sprinting towards the goal that He has set before me. As I look back now, I remember God’s immeasurable grace, as well as many unforgettable days engraved with countless memories, stories, and tears.”

Cho is survived by his three sons. His funeral will take place on Sunday.

One week on from August 27 – the day Hurricane Laura tore through southwest Louisiana,…