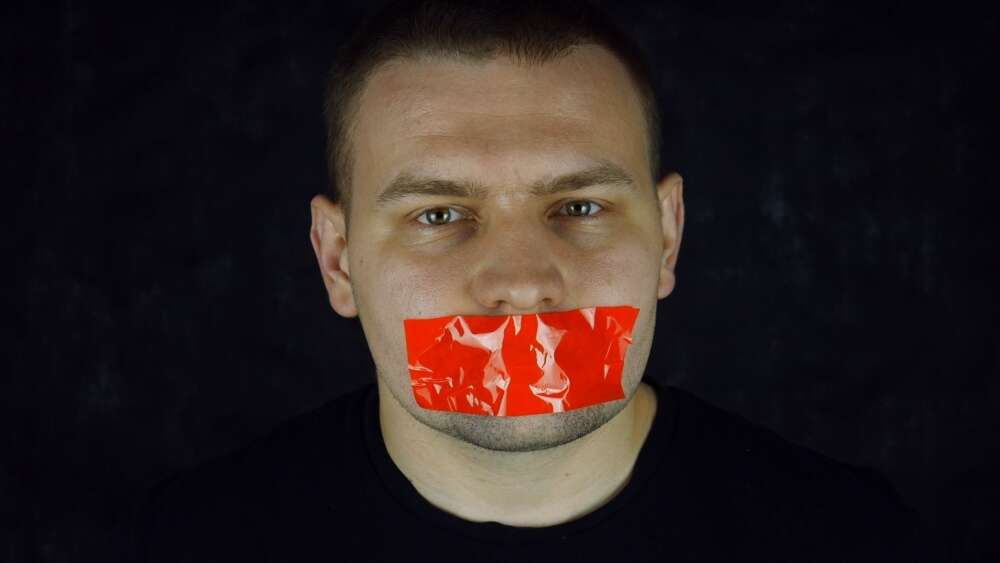 What rules do you expect at a Christian college?

When I started last year as a lecturer for a ‘Gap Year’ program in Sydney of around 75 students, I expected the usual ‘no sex, no drugs’ rules. Sure. Of course.

This ‘Gap Year’ is about questions and answers for students who, after completing 12 years of primary and secondary education, set aside 12 months to contemplate their faith in Jesus Christ before further study or pursuit of a job. It’s time to dig into those questions, doubts, and those hard to understand (or express) theological truths which underpin the faith they already have.

Awesome. So, what standout rules did this year-long bubble have?

“No bag-outs.” That is, no put downs. No taking down a peg or two. Not even the odd ‘friendly’ jibe!

This rule is squarely aimed to compete with a core characteristic of my Australian culture.

In Australia, ‘to bag someone out’ is to take the Mickey out of them. It is saying something for gain or comedic effect at the expense of another.

This could be deliberate and cruel — a purposeful act with malicious intent. I assume most of us agree this is not good. But it could also be something most of us see as harmless — maybe even a mark of affection.

At least for my culture, true friendship includes (apparently) the freedom to mock each other, point out each other’s flaws, and poke fun at their ideas — even their looks, habits, and beliefs. It’s weird, but writing this down causes me some serious embarrassment that I ever thought this practice could be harmless.

So, a year of no bag-outs. As a leader among students, I needed to do the same. This was to be quite the challenge. Could it even be done?

At first, it was a mess.

“Aha!” My students would cry, “You bagged him/her/yourself out!” Oh dear. It’s true, I would realise. But somehow their tone was a bag-out also …

Was this to be the vicious cycle of the year? I hoped not.

But then something strange began to happen. People began to feel safe. The risk of being shamed for a naïve question was gone. The risk of rejection for an unpopular opinion was negated. The risk of mockery for a mispronounced word in a reading was obliterated. The terror of comparison with others was removed.

Rarely have I witnessed one simple rule having such near-immediate and dramatic effect on how a group of people interact.

What deep magics were at work here?

Perhaps, not surprisingly, this strange rule stems from the Bible

Turns out God intended our tongues to be used in a way that glorifies him. And, in the same way, our words are to be used to benefit others, not to hurt them or establish ourselves at the expense of others.

It doesn’t take much of a search through your Bible to find a wide array of encouragements to use our tongues — our words — to promote truth, and to build up and encourage each other.

That great book of wisdom, Proverbs, has a tonne of brain-smackingly obvious advice. Proverbs 15 kicks off with a couple of beauties: “A soft answer turns away wrath, but a harsh word stirs up anger” (verse 1) and “a gentle tongue is a tree of life, but perverseness in it break the spirit.” (verse 4)

Proverbs 11 gets straight to the point and calls us a fool if we belittle others: “Whoever belittles his neighbour lacks sense.” (verse 12)

Proverbs even has one of those ‘if you can’t say anything nice then don’t say anything at all’ verses, hilariously pointing out that even if a fool says nothing, they appear wise! (Proverbs 17:18)

In a word of caution from the New Testament, James (a great ‘practice what you preach’ writer in the Bible) explains: “If anyone thinks he is religious and does not bridle his tongue but deceives his heart, this person’s religion is worthless.” (James 1:26)

The apostle Paul encourages us to use words to “be gentle, and to show perfect courtesy to all people” (Titus 3:2), and that instead of “corrupting talk”, what comes out of our mouths ought to “be good for building up.” (Ephesians 4:19)

There’s plenty more, but the point is clear: our words simply aren’t meant to put others down. And weirdly (at least to me and my Aussie culture), there doesn’t seem to be room for “it’s okay, because it’s culturally acceptable”.

What a difference a few words can make

So … no bag-outs. And a whole year of watching what I said got me thinking. Imagine meeting someone, and never hearing them mock, belittle, or put another person down, whether present or not! This would be both confronting and beautiful!

Sounds amazing and like what God’s word is calling for us to do … but, sheepishly, I admit that outside of a controlled cultural bubble, I have only a slight idea of how to implement this. Obviously, this rule had a specific desired effect in the context where I first encountered it, but what would happen if we release it (and us!) into the wild?

Does this simple rule mean I can never disagree with someone, or worse still, that I cannot point out errors in the thinking or speech of others? Of course not. But what I should not be doing is using such an opportunity to gain popularity, acceptance, credibility, power, or influence among my friends and peers.

We must be able to understand the difference between healthy critique and unhealthy criticism. Christians are definitely not relegated to a life of hollow pleasantries. We are to engage, thoughtfully, graciously and rigorously, with the people and issues God sets before us. And God provides exactly this sort of guidance in the Bible. The early church clearly needed help with dealing with the balance between confidence and arrogance (for example) – just look at the contrast Paul makes to the Corinthians between boasting in ourselves (comparison with others) and boasting in the Lord. (2 Corinthians 10:12-18) And Peter makes this same contrast against the prevailing culture, encouraging Christians to speak “as one who speaks the very words of God” (1 Peter 4:11).

God’s purpose for my words may well be crudely summarised by that strange rule: No bag-outs.

Most of us are usually reasonably good at not nastily cutting people off at the knees (with the painfully obvious exception of social media – never read the comments!). But there are still challenges for all of us, if we are willing to apply “no bag outs” to anyone we might direct our words at. I’m thinking of politicians with whom we may disagree, people who attack our Christian faith, and other Christians who embarrass me (ouch) by their words and actions. It is in these spheres, and no doubt others, that we need to learn to walk the line between critique and criticism.

Our failures in our words to, and about, others is no reason to not try and speak “what is helpful for building other up according to their needs” (Ephesians 4:29). This is the freedom given to us in Christ and our failures in this area of life – and any others – continually point us to Jesus. The One who lives to intercede for us.

I know I’ll make a mess of this countless times more, but I’m convinced that God’s purpose for my words may well be crudely summarised by that strange rule: No bag-outs.

And as I aim to no longer tear down, I’ll seek to build-up.

Mark Delbridge is the Equipper Team Leader/Site Minister of Launceston North and George Town (within the All Saints Network) in Launceston, Tasmania. Last year, Mark was a lecturer with Youthworks Year 13 program in Sydney. His wife Tess used to work for Eternity and was one of our best writers.