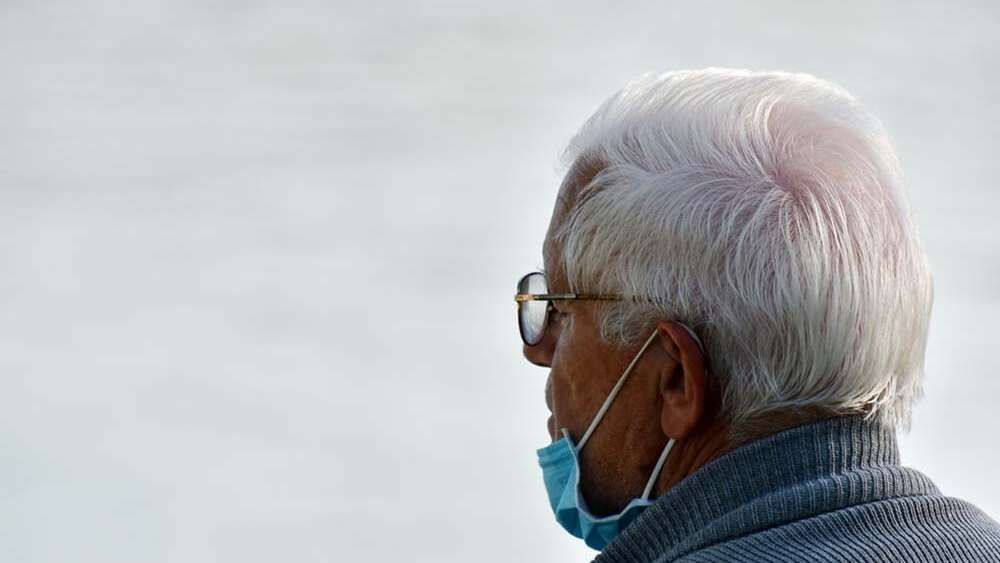 Masks were still compulsory inside the crowded theatre. We had settled in when I made the mistake of looking to my right at the guy sitting next to me – and saw the surgical mask insouciantly perched underneath his nose. I thought about gesturing to him to fit it properly, and then I thought some more.

It might have been to cover my shyness that I kept my thoughts to myself. But I am trying to learn not to jump to rash conclusions about people. Maybe he had a medical condition, or a skin condition. He looked old — would he think I was being provocative? So I just let things be. The theatre lights dimmed, as other members of the audience whipped on masks.

(Why wait till the play starts? Maybe they needed the staffer telling them to put on a mask, and turn off their phones.)

I soon forgot about it, as the Virginia Woolf monologue began. 90 minutes of feminist angst. Bravura performance.

I guess it’s true that COVID has made many of us instantly judge people who don’t wear masks when requested – not forgetting that there’s a passionate crowd (waves to the right) that judges people for wearing masks. On the issue of judgmentalism (not the science), both sides are equally bad. We all like to think we are better than those other people.

The COVID era has not only been a time of lockdown but let down as well. It has not brought out the best behaviour in some of us.

Us? I mean me. I find it hard when I’m in a bus or train during mask season and there are people who don’t wear them. And I have to work hard to think charitably about them.

I am working on being more charitable, sparked by a staff devotion talk at Bible Society.

Now you might say that it’s reasonable to be worried about what others do.

But it’s the censoriousness that wells up in me that is a problem.

The same thing can happen online when I take part moderating Eternity Facebook discussions. It’s possibly even worse. I have to be careful not to judge the person writing a comment – especially when I am asking people to stick to the topic and not judge each other …

“You are being silly”; “You have no idea” and worse things like allegations: “Xyz has broken the law”,  are the things we don’t want. So as I linger over the “hide” button, I want to have in mind that – at least mostly – these people are citizens of heaven. So as Pope Francis said about something completely different, “Who am I to judge?”

But in talking about judging others, Jesus said, “Judge not, that you be not judged. For with the judgment you pronounce you will be judged, and with the measure you use it will be measured to you” (Matthew 7:1–2).

Which does mean (I take it) that I can use the “hide” button on Facebook comments sometimes. But I should be prepared to be judged myself to the same standard.

Generous because God knows more about me than any human – and could judge me even more severely.

So online, as I am asking people to respect each other even as they disagree, that’s something I should be held to, too. Fair deal?

So here’s a little story. Having recently managed the feat of moving up one postcode number while jumping across two federal electorates, I have discovered there is a community Facebook page for my new suburb. Just the other day someone posted,  “Morning all, this morning on my way to work I saw an older lady fall on the footpath on xxx Ave.” She offered to take them around the corner to the hospital or home, but the lady did not want that. So she stayed with her for ten minutes to make sure she was alright and posted some more details.  Minutes later there came the response “Oh my goodness that’s my mother!! Thanks so much, I will call her immediately!”

I have to remember social media is just that – socialisation and good things can happen there.

Which reminds me of how social media hooked me. It was on the old Beliefnet discussion boards. The very first conversation I followed, was between an evangelical Christian and a Lesbian unbeliever. The thread had a result that shocked me. She was converted.