Banned from meeting in church, Rwandan worshippers gather at home

KIGALI, Rwanda (RNS) – Grace Umutesi has secretly been conducting services in her house in the Bannyahe slum on the outskirts of the capital since officials shut down her church in July for failing to comply with building safety standards and other regulations.

“Thousands of faithful are now secretly praying in their houses for fear of government crackdown,”- Rwandan senior pastor who did not want to be mentioned for fear of arrest.

“I’m very disappointed by the decision of the government to close our church,” said Umutesi, 35, a mother of four. “But we cannot stop to pray and praise God because our church has been closed. God is everywhere and he listens to our prayers.”

Umutesi, an elder at Joy Temple Ministries, said her church was closed because the pastor had no theological degree from an accredited institute as the government requires. She also said her church lacked proper toilets and bathrooms for guests and congregants — and can’t afford to comply with government regulations.

“It’s expensive for the church and it’s wrong for the government to tell us not to worship,” she said.

Joy Temple Ministries is one among thousands that authorities have shut down in recent months. An estimated 8,000 churches and 100 mosques have been closed across this East Africa nation of 12 million people, according to the government’s latest figures. Muslims comprise around 5 percent of the Rwandan population. 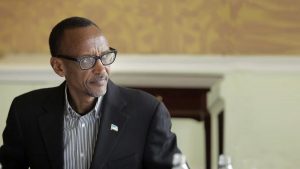 At the beginning of this year, Rwandan lawmakers enacted new laws requiring pastors to be educated and church buildings to be renovated, offer two bathrooms for men and women and provide paved access to churches on a half hectare of land or more.

Critics of President Paul Kagame said the crackdown is an extension of his long record of disregarding human rights. They say he has been clamping down on freedom of expression since he took power in 2000.

But the government has defended the move, saying it wanted to bring sanity in religious institutions and that it was not targeting any religion or church.

“We have freedom of worship in our country but that does not mean that you keep worshippers in a substandard house of worship that is likely to fall next day,” said Justus Kangwagye, a government official responsible for overseeing faith-based organizations in the country.

“We simply require churches to meet modest standards and all preachers to have theological training before opening a church.” 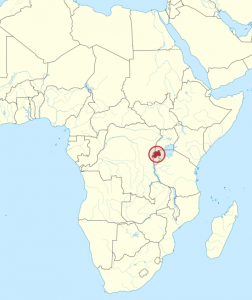 The new rules led to the closure of most Pentecostal churches where charismatic preachers draw huge followers because of purported miracles. Kagame has long accused Pentecostal pastors of using “fake” miracles to lure locals and enrich themselves. The authority arrested six pastors earlier this year for trying to defy government orders to close down churches. Those pastors were later released.

In response to the shutdowns, numerous worshippers have decided to conduct their worship services in their homes.

“Thousands of faithful are now secretly praying in their houses for fear of government crackdown,” said one senior pastor who did not want to be mentioned for fear of arrest.

“When the government arrested the six pastors,” he said, “it was like a stern warning to others not to resist the new laws on churches. We are feeling pain as pastors but we can’t talk about or discuss the issue. … How can leaders deny their people the right to worship freely?”

Some faithful are walking for miles away from their homes every Sunday to look for other churches to worship in after their own were closed.

“You have to travel for a distance to seek God. But we are not going to give up on seeking God.” – Esther Umohoza, Nyamirambo estate, Kigali

Esther Umohoza, who lives in Nyamirambo estate in the southwestern corner of Kigali, walks nine miles every Sunday to worship. She sometimes attends a Bible study at her neighbor’s house every Wednesday to keep close to God.

“Life has become hard, especially for Christians in this country,” she said. “You have to travel for a distance to seek God. But we are not going to give up on seeking God. I pray that the government revises these rules. We need churches to be everywhere so that people can pray freely.”

But Umutesi believes prayer will lead to changes in government policy. She hopes churches will reopen soon.

“We are praying God to change the government’s mind so that they don’t completely shut down churches,” she said. “We believe no leader can go against God, and if he does so, our country will be cursed.”

This story was originally posted by Religious News Service. It is published here with permission. A surprise way of rescuing churches in Rwanda

Hide your Bible is the rule for tourists in Saudi