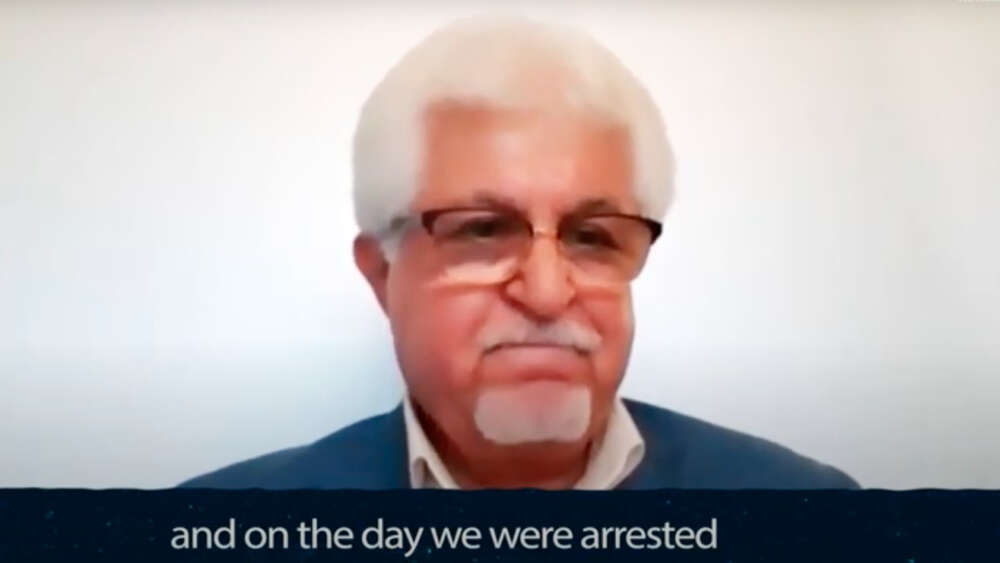 The flogging that an underground Christian in Iran received, and the harsh prison sentence upheld for the pastor of a legally recognised church, reflect the growing dangers of Christian faith in the country.

Alcohol is forbidden only for Muslims in Iran but since Iranian law does not recognise Omidi’s conversion from Islam to Christianity, he was sentenced to the lashes in September 2016.

Omidi was summoned on October 10 for the punishment, to his home city of Rasht – where his house-church involvement first led to his arrest in 2012. According to London-based advocacy group Article18, Omidi was called back from his internal exile in an area 1,000 kilometres south of Rasht.

Two of his fellow house-church members, Mohammad Ali (Yasser) Mossayebzadeh and Zaman (Saheb) Fadaee, have also been sentenced to flogging.

Omidi continues serving his two years of internal exile for house-church activities, which authorities termed “acting against national security.” For that charge Omidi also served two years in prison, reduced from the original sentence of 10 years – and he was released on August 18, according to advocacy group Christian Solidarity Worldwide.

He had also been flogged seven years ago, being one of four men sentenced on October 6, 2013, to 80 lashes for drinking Communion wine. Rights advocates say the lashes were carried out within a month after sentencing. They have called Iran’s flogging of prisoners for partaking in a Christian sacrament “cruel” and a violation of the International Covenant on Civil and Political Rights (ICCPR), to which Iran is signatory.

Article18 Advocacy Director Mansour Borji told BBC Persian that the lashes on October 14 were “inhumane and humiliating.” In a press statement, Article18 also cited Omidi’s friends as saying that he was grateful for the “relative leniency” by those carrying out the sentences in both the 2013 and October 14 floggings, as he had told them that he had only shared in one cup of wine as an act of worship of God.

Pastor Victor Bet-Tamraz, 66, began working in the legally recognised Assyrian Pentecostal Church in 1975. But he fled his homeland with his wife after learning, on July 19, that an appeal of his 10-year prison sentence for talking about Christ with Muslims had been rejected.

In a 30-minute video interview with Article18, Pastor Bet-Tamraz said leaving Iran was the “hardest decision of my life,” and one he was “forced to take.”

Besides the 10-year prison sentence he was handed in July 2017, his wife Shamiram Issavi, 64, was given a five-year sentence in January 2018 for house-church activities. The couple fled after she was summoned on August 11 to begin serving her sentence in Iran’s notorious Evin Prison amid the COVID-19 pandemic.

“I didn’t want to leave Iran at all,” Pastor Bet-Tamraz told Article18. “If they gave me two years, three years in prison, I would have endured it. But they issued the verdict very late, and I am almost 66 years old now. You can imagine, if I would go to prison now, I would go in alive, but most likely I wouldn’t come out alive.”

He said leaving Iran was the hardest journey of his life.

“My ‘belongings’ weren’t a house, a car, or the streets,” he said. “My ‘belongings’ were the people I served for 45 years all over the country. It was love, it was affection, it was hope, it was life; it was sitting at each other’s tables … Being separated from these dear people is extremely difficult. I think every Iranian who has had these experiences knows what pain it causes in the hearts of human beings.”

He recalled how on December 26, 2014, he was taken from celebrating Christmas with family and other friends to 65 days in solitary confinement.

At Evin Prison, where he was held along with other political prisoners of conscience – as Christianity is considered politically subversive – his solitary confinement cell was a little more than two metres long, one and a half metres wide and four metres high.

He became ill and couldn’t sleep for eight nights before officials allowed him to see a doctor, he said. He was later released and convicted of “actions against national security.”

Waiting for three or four appeal hearings each year was unnerving, he said.

“Then there is the hearing itself, when it is just you and the judge. There is no one else. The lawyer is with you, but they [the judges] don’t listen to anyone anyway. It seems they have already decided. It’s just a game. You come and go. But when this game is over, that’s the hard part.”

He cited a Persian saying, “It’s a game for a cat, but death for the mouse.”

“You experience this death several times during each year – at least three or four times – so in three years, if you add it up, we experienced this 12 times,” he said.

Aside from Shia Islam and Judaism, Christianity is one of the three recognised religions in Iran. Protections, however, apply only to a small number of approved Christian groups, namely ethnically Christian Assyrians and Armenians.

Converts are forced to practice their faith in secret, and Christians in underground churches are routinely harassed and arrested.

Christian Flogged in Iran, Pastor and Wife Forced to Flee

Temora, a country town in the sheep-wheat belt on the road between Sydney and Adelaide,…