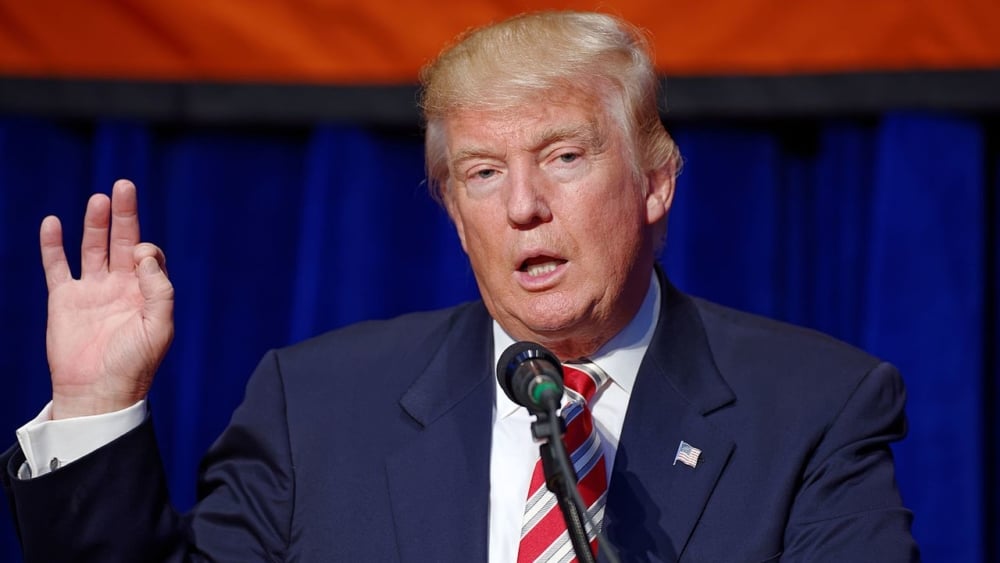 The public and private actions of US President Trump have recently stirred debate among American Christian leaders.
Wikimedia License
World US politics

The 2020 US presidential election is currently on track to produce an 11 per cent swing away from President Donald Trump and towards Democrat candidate Joe Biden, compared with 2016 among Evangelicals and Catholics, in five swing states according to a new poll.

Evangelicals and Catholics were surveyed in Florida, Michigan, North Carolina, Pennsylvania and Wisconsin. These states are regarded as swing states crucial to the outcome of the election. Because the US presidential election is not decided by a national popular vote, but by the votes of “electors” that represent each state in an “electoral college”, winning state votes is crucial – especially as many of them require their “electors” to vote as a bloc.

Among swing state Evangelicals, 2020 is currently on track to produce a 7 per cent swing towards Joe Biden over the 2016 result. According to this new poll, Biden is on track to lose that group by a narrower margin (Republicans 59 percent/ Democrats 33 per cent), than Hilary Clinton did in 2016.

Among swing state Catholics, 2020 is currently on track to produce a 16 per cent swing towards Joe Biden over the 2016 result. 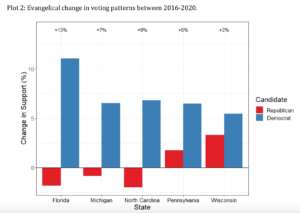 A total of 1430 respondents (792 Evangelicals and 638 Catholics) were interviewed between August 11 and August  26. The poll was funded by Vote Common Good, a faith-based organisation that leans left and favours Biden over Trump.

“The biggest thing that came out in these polls was that it was Donald Trump’s lack of kindness that caused them to drop their support for him,” Doug Pagitt, Executive Director of Vote for the Common Good told CBSN, a 24 hour news network.

The poll asked responders to rate the presidential candidates on the seven virtues of kindness, generosity, humility, chastity, modesty, diligence and patience. On average, across all virtues, 50 per cent of respondents rated Biden as more virtuous than Trump, and 39 per cent rated Trump as more virtuous than Biden.

The largest gap between candidates emerged for the virtues of humility and modesty.

Both Catholics and Evangelicals rate Trump as more sinful than Biden, although the difference is larger among Catholics.

“Lust” was a problem for Trump, with disaffected voters seeing that as a hard thing to forgive him for. But his “lack of kindness” was even harder to forgive.

Eternity readers should take into consideration some issues with this poll. Several swing states – four out of the five surveyed – had a very high “shy Trump” voter profile in the 2016 polls (i.e. a voter who did not reveal their vote for Trump before the election, or at all). In addition, Florida is notoriously hard to poll. Polls have been affected by undercounting on voters without college degrees, which tend to support the President.

This is a good time to remind us that the Bible tells us pray for our leaders.

“I urge, then, first of all, that petitions, prayers, intercession and thanksgiving be made for all people— for kings and all those in authority, that we may live peaceful and quiet lives in all godliness and holiness. ” (1 Timothy 2:1–2)