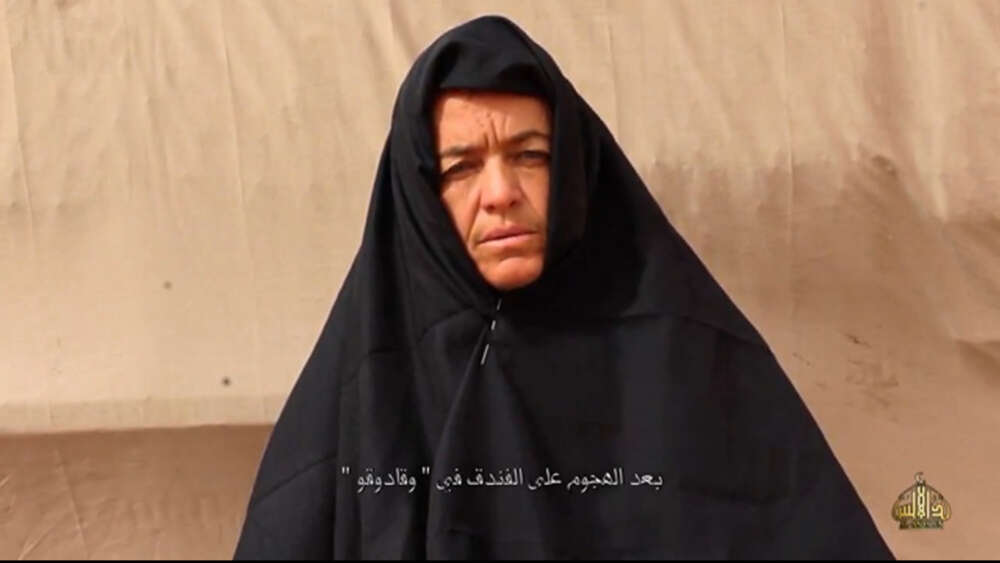 A Swiss missionary Beatrice Stockli – kidnapped from Timbuktu in northern Mali, in January 2016 – was killed only weeks before other hostages were freed by Islamist extremists.

Stockli’s was allegedly murdered during an apparent prisoner-hostage swap, negotiated by the new transitional government in Mali.

News of her execution came from Sophie Petronin, a 75 year old French aid worker who was freed on 8 October. She had apparently been held by the same, or a linked, Islamist militia group (Petronin has converted to Islam and now calls herself Mariam).

The Swiss Foreign Ministry expressed its sorrow that Beatrice Stockli, a single woman in her late forties, was “apparently killed by kidnappers of the Islamist terrorist organisation Jama’at Nasr al-Islam wal Muslim (JNIM) about a month ago”. However, the Swiss Foreign Ministry did not name her, as is its custom. It said the exact circumstances of the killing are currently still unclear.

“It was with great sadness that I learned of the death of our fellow citizen,” said Swiss Federal Councillor Ignazio Cassis. “I condemn this cruel act and express my deepest sympathy to the relatives.”

The Swiss authorities say they’ve “worked over the past four years, together with the relevant Malian authorities and with international partners, to ensure that the Swiss citizen was released and can return to her family. Members of the Federal Council have personally and repeatedly lobbied the relevant Malian authorities for her release. An interdepartmental task force under the leadership of the Foreign Affairs Ministry [FDFA] was deployed. The task force also included representatives of … [the police, the intelligence services] … and the Federal Prosecutor’s Office. In addition, the authorities were in constant contact with the victim’s family.”

Now, they say they will do all they can to find out details of exactly how she died, and to return her body, or her remains, to her family.

Who was Beatrice Stockli?

A Malian church leader, who said he’d worked with Beatrice Stockli, told World Watch Monitor in 2012 that the missionary settled in Timbuktu in 2000. She worked for a Swiss church before she started to work alone, unaffiliated with any church.

He said she’d led an austere life in Abaradjou, a popular district of Timbuktu, but known to have been frequented by armed jihadist groups. She was described as sociable, particularly among women and children, and she used to sell flowers and hand out Christian material.

Stockli was taken from her home before dawn on 8 January 2016 by armed men in four pickup trucks, according to confidential sources.

This was the second time she’d been kidnapped from Timbuktu; the first time in 2012 was when northern Mali was occupied by armed Islamist groups. She was released 10 days later, following mediation led by neighbouring Burkina Faso. At her mother and brother’s urging, she had returned to Switzerland in 2012, but she soon returned to Mali, saying, ”It’s Timbuktu or nothing.”

The Swiss government had apparently also warned her against return.

Stockli appears in several videos appealing to her government

In late January 2016, a masked speaker with a British accent claimed responsibility for Stockli’s kidnap on behalf of Al-Qaeda in the Islamic Maghreb (AQIM): “Beatrice Stockli is a Swiss nun (sic) who declared war against Islam in her attempt to Christianise Muslims.”

The conditions of her release included setting free AQIM fighters jailed in Mali, and one of the group’s leaders detained at the International Criminal Court at The Hague. The most important condition, the speaker said, was that Stockli did not return to any Muslim land preaching Christianity.

But Switzerland apparently demanded her release without conditions.

A year after her capture, in January 2017, AQIM put out a third video of a woman – head covered by a black veil – who identified as Stockli. It was allegedly recorded on New Year’s Eve, 2017.

Speaking in French, with a weary, barely audible voice and her face blurred, she greeted her family and thanked the Swiss government “for all the efforts they have made”.

On 1 July 2017, a coalition of jihadist groups affiliated to Al-Qaeda released a video showing six foreign hostages, including three missionaries. The video came out only hours before France’s President Emmanuel Macron’s visit to Mali, when France agreed to help support anti-terrorist efforts in the Sahel [region of the African continent].

According to US-based monitoring group SITE, the undated footage was posted by Nusrat al-Islam wal Muslimeen (also known as the Group to Support Islam and Muslims).

The jihadist network had formed in March 2017, when leaders of Ansar Dine, the Macina Liberation Front, Al-Mourabitoun and Al-Qaeda in the Islamic Maghreb (AQIM) announced their commitment to form a common platform and pledged allegiance to Al-Qaeda.

Beatrice Stockli was one of three missionaries shown; the other two were nun Gloria Argoti, in her sixties and from Colombia and Ken Elliott, then 82, from Australia. It was the first proof of life for the Colombian nun, kidnapped in Mali a year after Stockli.

The other three in the July 2017 video were Stephen McGowan (since freed), a Romanian mining engineer, Iulian Ghergut, kidnapped in Burkina Faso in 2015, and Sophie Pétronin – proof that the French and Swiss women were held together, at least at that time.

Armed members of the militant Islamist group Ansar Dine handed Beatrice Stockli over to Swiss diplomats on April 24, 2012, after her kidnap by a private militia on April 15, 2012, Reuters reported.

Before Tuareg rebels and Islamist extremists had captured Timbuktu, 705 kilometres (439 miles) northeast of the capital on April 1, 2012, most Westerners had left for fear of being kidnapped and passed on to Al-Qaeda cells. But Stockli had refused to leave.

In recent years, AQIM has been holding Westerners for millions of dollars in ransom payments.

Ansar Dine militants took custody of Stockli after a shoot-out with a private militia that had seized her and wanted to sell her to AQIM. Ansar Dine, which had imposed sharia (Islamic law) in areas under its control in the north, then handed Stockli to the Swiss government without demanding a ransom, according to Agence France-Presse.

The International Criminal Court in the Hague, Netherlands said in April 2012 it might launch investigations into crimes against humanity and war crimes committed in Mali, including killings, abductions, rapes and conscription of children.

Christians, a minority in Mali, have paid a heavy price for the insecurity in the region. For most of 2012, armed Islamist groups ruled the north, banning the practice of other religions and desecrating and looting churches and other places of worship. Among those who fled were about 300 Christians, most of whom found shelter in Bamako in southern Mali where local churches worked together to care for them.

Mali is no. 29 on the 2020 World Watch List published by Open Doors International, which monitors the persecution of Christians globally.

UPDATE: After her release, Sophie Petronin reported that Gloria Argoti had been her ‘room-mate’ right up till the French woman left captivity. They had moved between 30 different camps together over months. Petronin says they shared everything: food, blankets, cold water, and the long days of waiting to be free. But Radio France Internationale reports the French woman told President Macron, of the nun: “Her mind is giving way. We must do everything to get her out of there.”

The nun had once confided in her that when her abductors arrived, Argoti had offered to be the one to go with them: “I was the oldest one there – it was normal”.

Petronin says the only time force was used against either woman was when Argoti got lost on a walk around the camp. She was put in shackles for three days in a hut – until Petronin was able to persuade the captors to remove them.

Petronin was able to give news of Australian Dr. Ken Elliott, kidnapped the same month as Beatrice Stockly, but also from Burkina Faso, near the Mali border.

Petronin had met him the day after her own capture, which means they were together on Christmas Day 2017. She says they spent weeks together and took a ritual walk around their camp every day at 4pm without a guard, “we were lost 20 kilometres from the nearest well”. She describes the now 86 year old doctor as “serene, sane and relatively healthy” for someone his age. They “talked about everything and nothing”, especially comparing their humanitarian work, hers in Gao – working with malnourished children – and his in Djibo, Soum, where he ran a clinic with his wife Jocelyne, who’d been freed one month after their capture.

The situation of Iulian Ghergut is so far unclear, as is that of another Western hostage, Jeff Woodke, who was NOT on the 2017 video. Woodke’s wife, Els, appeared in a video in May this year, pleading for mercy for him amidst fears of COVID-19 infection.

“I demand from the French government, and President Emmanuel Macron, to do everything to get me out of this extremely difficult situation,” said Petronin in the 2017 video. Now, she’s understood to be the last French hostage who has been freed anywhere in the world.

At least 100 men, women and children were slaughtered in Sobame Da – a mainly-Christian…

The internet seems to be awash with extreme opinions. This is very much true of…