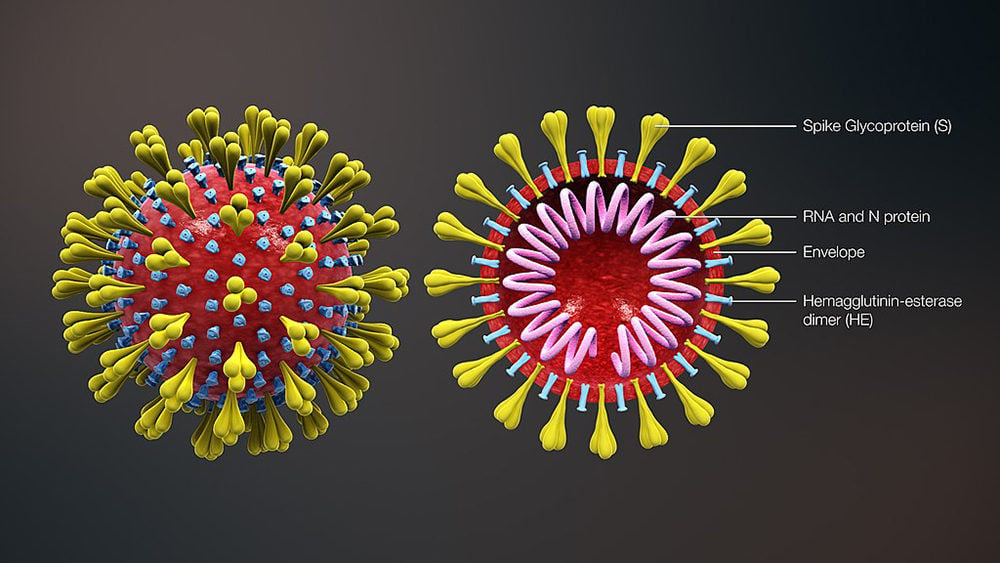 California pastor John MacArthur argues that holding services in his church, Grace Community Church, and defying government rules regarding COVID 19 precautions is an act of civil disobedience – that  the Bible commands. MacArthur has a large following among “reformed” Christians.

From a time when pandemics were common 400 years ago, Puritan pastor and writer Richard Baxter (1615-1691) gives a different point of view and urges churches to obey government orders to close in a pandemics – and also specifies when a church should defy an unjust authority. Baxter is the main writer that the late J.I Packer studied for his doctorate and was one of the Puritans that many of those involved in a revival of Calvinism have read.

As this topic has elicited a strong response online, Eternity provides two long pieces of argument from either side of this debate.

“Christ is Lord of all. He is the one true head of the church (Ephesians 1:22; 5:23; Colossians 1:18). He is also King of kings—sovereign over every earthly authority (1 Timothy 6:15; Revelation 17:14; 19:16). Grace Community Church has always stood immovably on those biblical principles. As His people, we are subject to His will and commands as revealed in Scripture. Therefore we cannot and will not acquiesce to a government-imposed moratorium on our weekly congregational worship or other regular corporate gatherings. Compliance would be disobedience to our Lord’s clear commands.

“Some will think such a firm statement is inexorably in conflict with the command to be subject to governing authorities laid out in Romans 13 and 1 Peter 2. Scripture does mandate careful, conscientious obedience to all governing authority, including kings, governors, employers, and their agents (in Peter’s words, “not only to those who are good and gentle, but also to those who are unreasonable” [1 Peter 2:18]). Insofar as government authorities do not attempt to assert ecclesiastical authority or issue orders that forbid our obedience to God’s law, their authority is to be obeyed whether we agree with their rulings or not. In other words, Romans 13 and 1 Peter 2 still bind the consciences of individual Christians. We are to obey our civil authorities as powers that God Himself has ordained.

“However, while civil government is invested with divine authority to rule the state, neither of those texts (nor any other) grants civic rulers jurisdiction over the church. God has established three institutions within human society: the family, the state, and the church. Each institution has a sphere of authority with jurisdictional limits that must be respected. A father’s authority is limited to his own family. Church leaders’ authority (which is delegated to them by Christ) is limited to church matters. And government is specifically tasked with the oversight and protection of civic peace and well-being within the boundaries of a nation or community. God has not granted civic rulers authority over the doctrine, practice, or polity of the church. The biblical framework limits the authority of each institution to its specific jurisdiction. The church does not have the right to meddle in the affairs of individual families and ignore parental authority. Parents do not have authority to manage civil matters while circumventing government officials. And similarly, government officials have no right to interfere in ecclesiastical matters in a way that undermines or disregards the God-given authority of pastors and elders.

“When any one of the three institutions exceeds the bounds of its jurisdiction it is the duty of the other institutions to curtail that overreach. Therefore, when any government official issues orders regulating worship (such as bans on singing, caps on attendance, or prohibitions against gatherings and services), he steps outside the legitimate bounds of his God-ordained authority as a civic official and arrogates to himself authority that God expressly grants only to the Lord Jesus Christ as sovereign over His Kingdom, which is the church. His rule is mediated to local churches through those pastors and elders who teach His Word (Matthew 16:18–19; 2 Timothy 3:16–4:2).

“Therefore, in response to the recent state order requiring churches in California to limit or suspend all meetings indefinitely, we, the pastors and elders of Grace Community Church, respectfully inform our civic leaders that they have exceeded their legitimate jurisdiction, and faithfulness to Christ prohibits us from observing the restrictions they want to impose on our corporate worship services.”

Richard Baxter on churches, pandemics and the government:

Two excerpts from The Practical Works of Richard Baxter, the fifth volume, in his Christian Ecclesiastics, where he details answers to nearly 200 questions dealing with Christians and matters of conscience. This comes from a blog “Ethics and Culture”

“Question 109: May we omit church assemblies on the Lord’s day if the magistrate forbid them?

“Answer 1. It is one thing to forbid them for a time upon some special cause as infection by pestilence fire war &c and another to forbid them statedly or profanely.

“2. It is one thing to omit them for a time, and another to do it ordinarily.

“4. The assembly and the circumstances of the assembly must be distinguished:

“(1.) If the magistrate for a greater good, (as the common safety,) forbid church assemblies in a time of pestilence, assault of enemies, or fire, or the like necessity, it is a duty to obey him. 1. Because positive duties give place to those great natural duties which are their end: so Christ justified himself and his disciples violation of the external rest of the sabbath. ‘For the sabbath was made for man and not man for the sabbath.’ 2. Because affirmatives bind not ‘ad semper,’ and out-of-season duties become sins. 3. Because one Lord’s day or assembly is not to be preferred before many, which by the omission of that one are like to be obtained.

“(2.) If princes profanely forbid holy assemblies and public worship, either statedly, or as a renunciation of Christ and our religion; it is not lawful formally to obey them.

“(4.) But if it be only some circumstances of assembling that are forbidden us, that is the next case to be resolved.

“Question 110: Must we obey the magistrate if he only forbid us worshipping God in such a place or country or in such numbers or the like?

“Answer: We must distinguish between such a determination of circumstances, modes, or accidents, as plainly destroy the worship or the end, and such as do not.

“For instance,  1. He that saith, You shall never assemble but once a year, or never but at midnight; or never above six or seven minutes at once, &c. doth but determine the circumstance of time: but he doth it so as to destroy the worship, which cannot so be done, in consistency with its ends. But he that shall say, You shall not meet till nine o’clock nor stay in the night, &c. doth no such thing.

“So 2. He that saith, You shall not assemble but at forty miles distance one from another; or you shall meet only in a room that will hold but the twentieth part of the church; or you shall never preach in any city or populous place, but in a wilderness far from the inhabitants, &c. doth but determine the circumstance of place. But he so doth it as tends to destroy or frustrate the work which God commandeth us. But so doth not he that only boundeth churches by parish bounds, or forbiddeth inconvenient places.

“3. So he that saith, You shall never meet under a hundred thousand together, or never above five or six, doth but determine the accident of number. But he so doth it as to destroy the work and end. For the first will be impossible and in the second way they must keep church-assemblies without ministers, when there is not so many as for every such little number to have one. But so doth not he that only saith, You shall not meet above ten thousand, nor under ten.

“I need not stand on the application. In the latter case we owe formal obedience. In the former we must suffer, and not obey.

“For if it be meet so to obey, it is meet in obedience to give over God’s worship. Christ said, ‘When they persecute you in one city, flee to another:’ but he never said, ‘If they forbid you preaching in any city, or populous place, obey them.’ He that said, ‘Preach the Gospel to every creature, and to all nations, and all the world,’ and that ‘would have all men to be saved and to come to the knowledge of the truth,’ doth not allow us to forsake the souls of all that dwell in cities and populous places, and preach only to some few cottagers elsewhere: no more than he will allow us to love, pity, and relieve the bodies only of those few, and take none for our neighbours that dwell in cities, but with priest and Levite to pass them by.”

Humble and holy – what it was like to study and serve with J.I. Packer

Humble and holy – what it was like to study and serve with J.I. Packer