Prince Charles and Camilla celebrated the final day of their Australian tour by attending church in Perth.

The couple attended a morning service at St George’s Anglican Church in Perth, where around 450 people joined with them in the Dedication Festival Choral Eucharist.

Archbishop of Perth, the Most Reverend Roger Herft AM, conducted the service, which included prayers for the victims of the recent terror attacks in Paris. 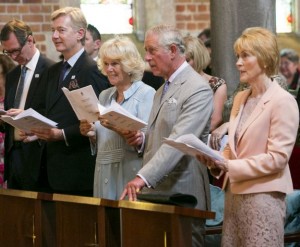 Prince Charles is heir to the British throne. In Britain, the monarch has held the title “Defender of the Faith” continuously since 1544, after the Church of England split from the Catholic Church under King Henry VIII.

In the early 2000s Prince Charles caused controversy by announcing that he wanted to be known as “Defender of the Faiths” (adding an ‘s’) in an attempt to embrace other religions in Britain. Later, as a compromise, the Prince also suggested the title “Defender of Faith” (omitting ‘the’) could be appropriate for a modern monarch.

However more recently the Prince has stated that he will retain the monarch’s traditional title as “Defender of the Faith,” meaning the Church of England.

Referencing a speech made by the Queen in 2012, the Prince said that the Church of England’s purpose “is not to defend Anglicanism to the exclusion of other religions,” but rather the Church “has a duty to protect the free practise of all faiths in this country.”