Hi-vis Rev reaching out to miners

You might find him sitting in a 300 tonne truck hauling ore out of a pit, watching holes being drilled for explosives or stopped in a hallway to chat to cleaners and kitchen staff. Whatever he’s doing, you’ll know it’s him: with a bushy beard, cheeky smile and ‘REV’ written in big black letters on his hard hat, when Peter Palmer in the building, everyone knows.

At 51, ‘The Rev’ has been a mining chaplain for close to six years. And just like all those who work at the mines, Peter lives a fly-in-fly-out (FIFO) lifestyle, departing his home base of Adelaide every few days to visit mine sites across South Australia. In solidarity with the miners, he leaves behind his family, dons Hi-vis safety gear and works long days in remote facilities. He knows what it’s like to live the mining life.

I love what I do. Everyone’s telling me to slow down, but how can you slow down when you’re doing something you love?

But unlike many working the mines, he’s not there to make a quick buck. Rather, Peter’s there to “break down the barriers that exist between people and Jesus, and give them some hope”. He’s there in the humdrum of everyday mining life, offering people relationship and trust, so that when they’re in need, they come to him in search of help. And boy do they come.

While the Prime Minister talks about the end of the China resources boom, Peter speaks about the hundreds of opportunities he has every day to witness to Christ. For chaplains, there’s no slowing down. If anything, there are plans to keep growing the number of mine chaplains around the country, and by the sounds of it, the impetus is coming largely from the mine companies themselves. As a case in point, BHP recently employed a full-time chaplain at their Roxby Downs mine site in northern South Australia. 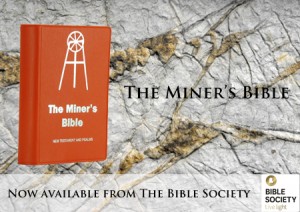 Peter believes mining companies are rediscovering the value of the intimate, immediate nature of the mine chaplain’s work. It stands in strong contrast to the formal psychological services offered by companies through their Employee Assistance Programmes (EAPs).

“I think years ago there used to be chaplains everywhere, but for some reason the church lost its focus and chaplaincy lost its way. Mines decided they didn’t want chaplains. And then the Employment Assistance Programme came in and some chaplaincy programmes became EAPs because that’s where the money was. But you’re not going to ring and talk to someone you don’t know and don’t have a relationship with,” he says.

It’s the mining companies who pay for Peter to fly out to their mines, because they can see how powerful it is to have someone on the ground who cares about people. And judging by the range and quality of conversations he’s having, they’re not wrong. From family problems to marriage break down and mental health, Peter hears it all.

“Sometimes I get a knock on me door in the middle of the night: ‘Rev, you got a minute? Are you awake?’ I’ve had people that have wanted to commit suicide, people who didn’t want to go home, they wanted to get a divorce because their wife’s unfaithful… And when I speak to people I don’t talk the normal priest talk. I’m just a person. I really try hard at just being normal.”

Once Peter’s built friendships with the miners, it’s not uncommon for them to come to him and ask him to conduct their religious ceremonies.

“A couple of weeks ago I did a wedding on a house boat. I did a marriage service on there and then we jumped in the spa. You know, fun stuff like that. I also do baptisms for families who don’t normally go to church, but they recognise that there’s something there. And my thing is, if I’m going to do a baptism, you’re going to hear the Gospel and the God parents are going to have to do some work.”

Ministry among miners has grown along with the industry. Out of the Pit is a network of Christians in mining founded by Richard Fortune, who worked as a mine engineer for many years before moving into consulting. Out of the Pit provides fellowship, support and resources to Christians working in mining, as well as facilitating gospel outreach to miners. Just last year Bible Society Australia worked with the network to develop the Miner’s Bible, designed to be given out by chaplains and others in the industry.

In the front of the Bible is a series of profiles and articles, including an article by Peter called “How to abide in the vine while digging in the dirt” along with his biography. He says it’s been a great way for him to witness on site.

“For me, I’ve been blessed being able to put my article in there, because it’s made it personal and I’ve got people actually reading it.”

A month ago, Peter took a box of the Miner’s Bibles to a mine rescue competition which he was adjudicating. The Bibles, which cost $7 each, were paid for by one of the mining company’s contractors who is a Christian. Peter says each of the 120 Bibles were taken by people at the competition. And he’s given away more copies at work.

“I only give them away to people who ask for them. I wait for people who want one. I leave them in lunchrooms, I give every manager one and every medical clinic for their waiting room. You ought to see one of them, it’s filthy already, because everyone picks it up.”

Despite his age and the demands of the job, Peter is confident this is what he’s meant to be doing. Just don’t try and tell him to take it easy.

“I love what I do. Everyone’s telling me to slow down, but how can you slow down when you’re doing something you love? I’ve found my passion and my calling. All the things I’ve done in my life, this is what God’s brought to fruition. The struggles I’ve had in my life, I now understand why I’ve had them, because I can relate to people. It’s great. I love it. And it’s where God’s got me and he’s given me the wherewithal to do what I need to do every day.”

To support the work of Peter Palmer, get in touch with Bush Church Aid. To find out more about mining ministry, visit www.outofthepit.org.