She told her story of domestic violence in a Christian marriage and this is the response she got | March 12th, 2015 02:58 PM

Last week, Isabella Young (not her real name) wrote a highly personal account of domestic abuse within her now ended Christian marriage for the Sydney Morning Herald. At the bottom of the article she left an email address. 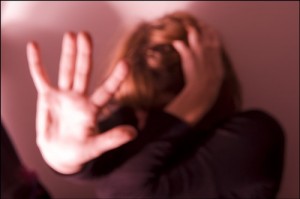 Since then, she’s received 180 emails, 100 of them detailing cases of domestic abuse within Christian marriages, some of them current, many of them past, and around 6% written by men.

It’s a huge response to an article which countered the idea that domestic violence in Christian marriages is rare.

In her article, Isabella wrote, “So what would I say to those who would minimise the extent of domestic violence occurring within church families and the inadequacy of the churches’ response to the problem?

You are wrong. Very wrong. You do not know what you are talking about.”

And the response to her article suggests she was right. She says the majority of emails detailing cases of abuse are from people involved in Anglican, Baptist and Presbyterian churches, although she received emails from people across nearly every denomination including Catholic and Orthodox.

Most of the emails were from women with Anglo-Saxon sounding names, who were well-written. Of course, the fact the article was published in a Broadsheet and shared among social networks affected who responded, but Isabella found it interesting most of the women were not from lower-socio economic backgrounds, dispelling the myth that domestic abuse is not a middle class problem.

Some of these people have been helped by churches, but some of them have been maintained in the situation by pastors.

She says it’s been an overwhelming task figuring out how to respond to such personal, sensitive emails while working full-time.

“It’s very fatiguing … This kind of stuff doesn’t shock me in that I expect it to be shocking. But there were a couple of emails that did shock me because of the extreme physical punishment or discipline the women endured. I found that pretty disgusting.

“I’ve probably got through a 10th of the emails I’ve received. I’m triaging them.”

What she plans to do with the stories she’s been entrusted with is still very much up in the air. Without a publisher, Isabella is unsure how to proceed, although she has some ideas.

“I want to actually print the stories, but I haven’t got a publisher. I think there could be room for an anthology and maybe a smaller book with a more curated selection of longer stories to help people understand how these things happen, and just how predictable it is.”

She says it’s surprising how many common threads there are among the stories she’s been told.

“With most of the people who’ve written to me there’s been explicit use of the BIble to keep them in that situation by their abusive spouse … Not just submission passages, the idea that the woman only exists for the man – abusing helper kind of language. The other thing is your marriage vows. People use whatever material they’ve got on hand as a weapon.”

Another idea is to send a survey out to people who’ve emailed her to gather some data which could provide a picture of the nature of abuse among Christians in Australia.

“One of the things that came up through the discussion in the media was that there are no statistics at all about domestic abuse in the local church. So I thought if I send a standard set of questions, we might be able to get a bit more of a typical picture of how this occurs.”

But more than collating data, she’s keen for the church in Australia to come up with strategies and practical solutions to the problem.

“Some of these people have been helped by churches, but some of them have been maintained in the situation by pastors.

“I think each church needs a strategy. One theological college having a seminar or two on it isn’t really going to work. It’s not just the clergy, it’s people in congregations who need to be equipped. You need to look at it properly.”

She cites Melbourne Anglican Diocese as a good example of a church being proactive. In 2013 they published The Anglican Diocese of Melbourne Work Plan to Prevent Violence Against Women 2013-2015, which focused on prevention. They did research to examine clergy attitudes, and they hold regular workshops. She says this is a good start and a great example for other denominations and churches to follow.

“They need to be strong for these women. If you’ve had someone brainwashing you for decades and then when you finally get the guts to talk to your pastor and he says, ‘Mmm I’m not sure…’ the abused person will think, ‘Ok, well I’ll just go back to my partner then’. You need an alternate voice that says ‘Of course that’s not right, of course the Bible doesn’t say that.’ You need the frequency of that being said to you to counter what your abusive spouse says.”

Isabella also thinks pastors need to be less afraid of meeting one-to-one with women who have come out of abusive relationships.

“They seem unreasonably afraid of a woman falling in love with them by meeting up with them too frequently … But if you’ve just come out of a marriage like this you need men to model being good men, and you actually need to be able to have normal conversations with men so you can see not all men are like your abusive husband.”