American author and missionary Elisabeth Elliot has been hailed as one of the most influential Christian women of the 20th century in the wake of her death yesterday at the age of 88.

Her daughter, Valerie Elliot Shepherd, said her mother died in her sleep at her home in Massachusetts, which she shared with her third husband, Lars Gren. For the last 10 years of her life she had suffered from dementia. 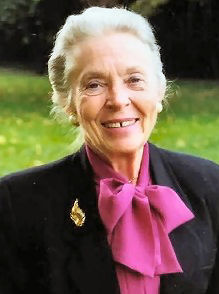 Elliot was best known for her 1957 memoir Through Gates of Splendor, which told the story of her first husband Jim’s attempt to take the gospel to an unreached tribe of Auca Indians in the jungle of Ecuador.

The Aucas (now known as the Waodani or Huaorani) were a fierce group whom no stranger had met without being killed. Two days after making friendly contact, Jim was speared to death along with four other missionaries, Nate Saint, Pete Fleming, Ed McCully and Roger Youderian.

Elisabeth and Jim had been married just two years and their daughter was just ten months old. Undeterred, the young widow continued to work to reach Ecuadorian tribes. When Valerie was three, Elliot and Nate Saint’s sister Rachel moved to live among the Aucas and decipher their language. Elliot also worked among the Quichua Indians.

Jim Elliot’s martyrdom was not futile – his killers and other members of the tribe were later converted to Christianity.

Commenting on Elliot’s life and legacy, Kathryn Long, professor of history at Wheaton College, said Through Gates of Splendor and the follow-up, Shadow of the Almighty: The Life and Testament of Jim Elliot, “became the definitive inspirational mission stories for the second half of the 20th century.” Both were bestsellers.

Elisabeth Elliot was born in Belgium on 21 December 1926 to missionary parents. When she was just a few months old the family moved to the US and settled in Germantown, near Philadelphia, where her father became editor of the Sunday School Times.

After leaving home she attended Wheaton College, an evangelical Protestant liberal arts college near Chicago, where Jim was a fellow student.  She later noted that her studies in classical Greek at Wheaton helped her later when she was working in the area of unwritten languages to develop a form of writing.

After her return from South America to the US in 1963, Elliot continued writing, eventually authoring 20 books, which became staples in many evangelical homes, on courtship, suffering, loneliness, singleness, and trusting and obeying God.

“It’s through this writing of hers that so many in my generation were influenced, particularly women seeking inner bravery to serve in distant lands, leaving their future in God’s hands,” author Tsh Oxenreider wrote in the Washington Post. “In reading Elliot’s words, we found a bit of courage to walk by faith and step out into the unknown. By her willingness to open her heart and process grief through writing, we were given a smattering of peace to trust God for provision.”

Elliot plumbed the depths of loneliness after Jim’s death and her heart was broken again when her second husband, theology professor Addison Leitch, died of cancer in 1973. Her book The Path of Loneliness: Finding your Way through the Wilderness to God addresses the pain and struggle of loneliness and reflects on God’s love and his blessings. She also wrote an influential book on her five-year courtship with Jim: Passion and Purity: Learning to Bring your Love Life under God’s Control.

As well as her books, Elliot extended her influence through a radio show, Gateway to Joy, which ran until 2001. Her signature opening line was “You are loved with an everlasting love. That’s what the Bible says. And underneath are everlasting arms. This is your friend, Elisabeth Elliot.”

Steve Saint, son of slain missionary Nate Saint, told Christianity Today that Elliot was “an incredibly talented and gifted woman who trusted God in life’s greatest calamities, even the loss of her mind to dementia, and who allowed God to use her. He did use her.”

One travelled to North Sentinel Island, the other to the remote Ecuadorian jungle. But both wanted to share the same message.