Brooke Prentis is an Aboriginal woman from the Waka Waka people, as well as a Christian pastor, an Aboriginal rights activist with Common Grace, and a chartered accountant. Eternity’s Tess Holgate sat down with Brooke to talk about her heritage, her faith, and the barriers to reconciliation in Australia.

Tell me about your family and background.

My Aboriginality comes through my maternal line, and my great grandmother was originally a Williams from Waka Waka country which is in Queensland, north west of Brisbane. But I was brought up in Cairns, and grew up in Redcliffe, which is part of Gubbi Gubbi country, which is very important to me as well. 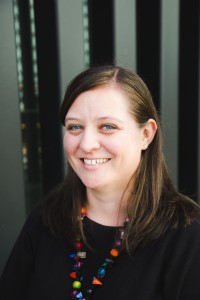 I now live in Brisbane. I grew up in a single parent family with my mum and my sister. I moved to Brisbane to go to university. I’m the first in my family on both sides to go to university. I did a Bachelor of Commerce and Arts. I’m professionally a chartered accountant, but do Aboriginal ministry as much as I can. I left accounting 4 years ago to run an Aboriginal church, but after 12 months I had to go back to accounting, but I’m still recognised as the community pastor out in Ipswich.

Do you get out to Ipswich very much?

I run a kids program on Friday nights for both Aboriginal and non-Aboriginal kids, and for me, seeing those kids grow up as friends is really how we need to be looking at reconciliation.

I actually don’t like the word reconciliation because I think people have become too complacent with it. Whereas if we rebranded reconciliation as friendship, I think we could see a lot of good change in Australia. The gap is so wide because Aboriginal and non-Aboriginal people don’t know each other. We don’t know each other therefore we can’t be friends and I think when you have friendship it’s about relationship and that’s when you get to know each other and you can see a different future, one that’s filled with hope and love.

Would you say that the biggest barrier to effective reconciliation is the lack of relationship between Aboriginal and non-Aboriginal Australians?

Once we know each other we can learn from each other.

Who has been the biggest role model in your life?

I have two: one is my mum and the other is Aunty Jean Phillips, who is one of our great Aboriginal Christian leaders.

My mum had dreams for her children, and she allowed me the space to dream, and that’s important in my journey today of dreaming for a better Australia – an Australia that’s built on truth and justice and love and hope. The way she encouraged me when I was young has helped set me up for the position I find myself in today.

With Aunty Jean it’s because she has so faithfully followed the Lord, and that’s inspiring when you consider the obstacles and barriers that have been in her life as an Aboriginal Christian woman. She’s still doing so much ministry when most other people would be retired, and also her key thing is about building up Aboriginal Christian leadership and that’s vitally important for the future of us as a country as well.

Is it important for Aboriginal communities to have Aboriginal Christians witnessing and ministering to them?

Absolutely. If you take the Aboriginal ministry out of the community, our community is lost. Our community knows who the Christian leaders are, and we’re often called upon for all sorts of things – to open up community meetings, to help those who are struggling with poverty/sickness, those fighting for justice – we’re really the light and heartbeat of our communities.

Our community knows who the Christian leaders are…we’re really the light and heartbeat of our communities.

Do Aboriginal people ever reject Christianity as part of rejecting colonisation?

65 per cent of Aboriginal and Torres Straight Islander people identify as Christian. Rejection of Christianity is more from personal experience dealing with the churches or the missions. I guess that’s where some of our great Aboriginal Christian leaders have inspired us, because even though they’ve suffered trauma potentially at the hands of the church or church run missions, they still faithfully follow Jesus, and that’s an inspiration to other younger Aboriginal Christian leaders.

As a pastor what would you say is the biggest barrier to belief among the 35 per cent who aren’t already Christians?

I think it’s the past treatment of the church. I think sometimes the church (of all denominations) doesn’t talk enough about poverty and what that means (especially among Aboriginal people). Concepts of stolen land, stolen wages and stolen generations – we haven’t dealt with that truth properly, and as the church, we’re seen as believing in the truth and being truth tellers so we’ve got a big responsibility to tell the truth of our nation, and it’s about whether we can wake up to that truth and be the leaders of telling that truth.

I actually don’t like the word reconciliation because I think people have become too complacent with it.

Will admitting those errors of judgement and behaviour go any distance towards opening up the avenues for friendship between Aboriginal and non-Aboriginal Australians?

Absolutely. When you look on an individual basis with your own friends, you would hope that there was truth and love between you. So for me, we can’t have reconciliation without truth, and therefore we can’t have friendship without truth. With truth and understanding comes justice, and understanding our struggle for justice, and for non-Aboriginal people to come and walk alongside us in fighting for justice.

You are part of the Common Grace Aboriginal and Torres Straight Islander Justice Team. Tell me about the purpose of the team and what you’re aiming to do.

My hope and prayer for Common Grace is that we’re taking the lead in being truth-tellers. Raising issues of justice in a Christian context in Australia is the role that I see us playing. Particularly highlighting the cause of the #sosblakaustralia and calling for justice for the Western Australian communities, highlighting the fact that our Christian principle of love is not being played out by removing Aboriginal people from their homeland. Raising these things in a Christian context and trying to live out our biblical call for justice as well.

How does your faith inform your work?

There are three things.

Looking at God, particularly seeing God as creator God and knowing that he created every single thing in this country and as Aboriginal people we were called to be stewards of his
creation and custodians of his creation. But to think about that in today’s context, to make sure we’re not choosing greed and profit over caring for God’s creation. I think that’s a big point we have to talk about in Australia, and as Aboriginal people we can teach particularly Australian Christians about caring for creation and our role in sustainably looking after all of God’s resources that he provided us with, that we looked after for 60,000 years.

Jesus is walking with us as Aboriginal people in every single justice issue. That he has seen the whole history of this country before colonisation and particularly after colonisation.

Looking at Jesus, for me it’s about understanding that Jesus was the greatest justice warrior that we’ve ever had, and understanding that Jesus is walking with us as Aboriginal people in every single justice issue. That he has seen the whole history of this country before colonisation and particularly after colonisation when our greatest struggle for justice was. He’s there at every rally and march that we have, and that’s what really inspires me about being involved in Common Grace is that understanding of the role that Jesus plays in our justice issues.

If there was one thing that Australian Christians are getting wrong about Aboriginal issues, what would it be and what would you say to them?

One of the biggest things for me is that understanding that there are many Aboriginal people in our major capital cities. Often Christians go to remote Aboriginal communities to do Aboriginal ministry and not recognising the Aboriginal family living right next door to the church. Sydney is the largest community of Aboriginal people; Brisbane is the second largest.