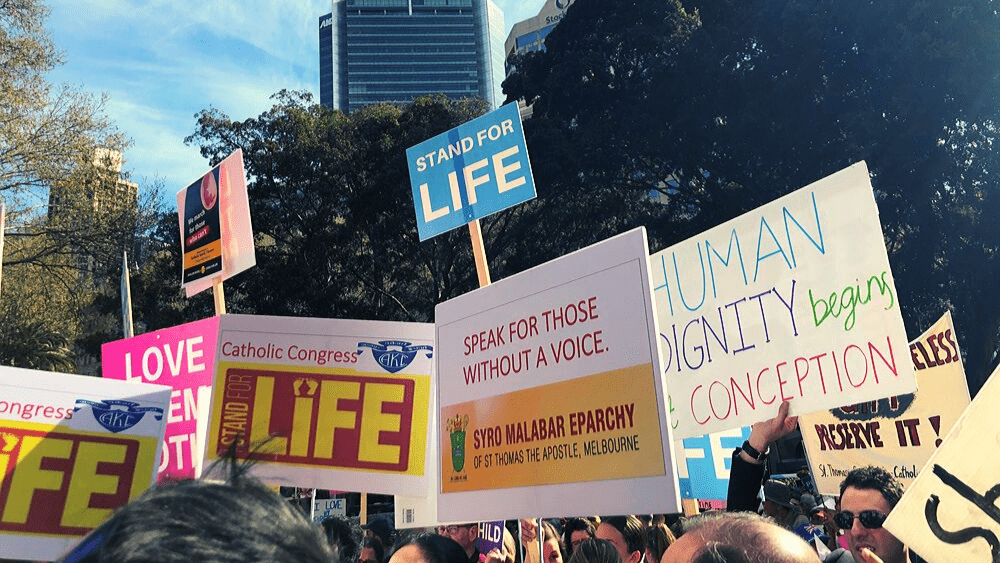 The NSW Legislative Council decides to go back and look at the issue of post 22 week terminations. This vote allows a set of late amendments. It appears that a deal to accept a change has been made. The house rises at 6.30 and meets again at 7:30.

Adam Searle (Labor)  is concerned that it will create “an additional barrier to access.”

Fred Nile (Christian Democrats) would like stronger provisions to limit abortions to grave medical circumstances. He would prefer legislation to guidelines. He describes both the legislation and amendments as “weak”.

Matthew Mason-Cox (Liberal) “In the spirit of compromise here we are.”

Walt Secord (Labor) says the amendments will restrict women’s access to abortion. He adds that they are intended “to appease the members for Mulgoa and Riverstone.”

The Bill as amended is passed on the voices in committee. After a marathon session (122 amendments debated over five sitting days).

The third reading debate begins as Penny Sharpe (Labor) moves the Bill. She says to opponents that she hopes they feel they have been able to put their point of view and be heard. “We don’t agree. We have not been able to reconcile opinions on this.”

Abigail Boyd (Greens) says that the bill is “worse than the one that came to this house.”

Matthew Mason-Cox (Liberal) opposes the bill but says that it has been considerably improved. “Abortion is both legal and safe in NSW. But my fear is that it will become more abundant.”

Shayne Mallard (Liberal) supported the bill, after five days chairing the debate. The bill preserves the aim of decriminalising abortion that is safe, accessible and “de-stigmatised”.

Fred Nile (Christian Democrat) opposed the bill and said ““Since I became a Christian in 1959 I have sought to be a consistent pro-life, pro-family campaigner.” He was concerned for the fate of pro-life medical practitioners.

Catherine Cusack (Liberal) has changed her mind and will support what she regards as a much improved bill. “It’s been wearing but its been positive.” she says of the debate.

The Third reading of the Bill (the final vote in the Upper House) passes 26-14.

The Legislative Council outcome means pro-lifers have achieved compromises on Sex selection, Conscientious Objection for medical personel and Late term Abortions. If the Lower House agrees with the amendments (and it is likely to), NSW will have more conservative abortion legislation than the recent Victorian and Queensland acts. The bigger picture, however, is that abortion will be decriminalised in NSW in line with the other states and territories, when the Bill is finally passed in both houses.

The NSW Legislative Council is debating an amendment on pain relief for a foetus  moved by Labor’s Greg Donnelly. An unborn child from 20 weeks onwards will be provided pain relief   during a termination.

The amendment provides “The medical practitioner must administer analgesia to make sure the foetus does not experience any pain”. Donnelly thinks that 15 weeks could be justified. He gives a graphic description of what occurs during abortions.

Abigail Boyd (Greens) describes this as “the rock bottom of the debate.” She believes that people would have been triggered by Donnelly’s description of abortion. She says there is no scientific evidence that foetuses feel pain at 20 weeks.

Lou Amato (Liberals) outline ts the development of the neural system in a foetus from six weeks onwards. He describes legislation in Utah that requires pain relief.

Emma Hurst (Animal Justice Party) Says that the lateness of this amendment suggest that it is not a significant concern.

Fred Nile (Christian Democrats) Describes the film “The Silent Scream” which deals with the effect of seeing an foetal scream on a leading abortionist.

Mathew Mason-Cox Liberal “On the balance of probabilities this parliament should act.”

David Shoebridge (Greens) the researcher Prof Anand on whose work the claims of foetal experience of pain, opposes the politicisation of his work. He argues that before the development of the cortex, a foetus cannot feel pain.

Catherine Cusack (Liberals): the amendment does not represent the scientific consensus.

Penny Sharpe (Labor): “I look at the evidence closely and the lived experience of women.” She urges the house to think of the women facing late term abortion.  She objects to being told supporters of  the bill lack humanity. “None of us are in favour of abortion.”

Mark Latham (One Nation): It is not the parliament’s role to prescribe what medication doctors should provide.

Penny Sharpe (Labor) points out that analgesia given to the woman will flow through to the foetus.

Greg Donnelly (Labor)disputes the crossing of the placenta by general anaesthetic deals with foetal pain.

The Donnelly amendment is lost 27-13

The house moves on to a amendment regarding the sale of foetal tissue. David Shoebridge had moved an point of order that this amendment was outside the scope of the bill. Shayne Mallard (liberal) as chair of the committee of the house ruled the motion was in order.

Natasha Maclaren-Jones (Liberal) moves the amendment says that other acts banning sale of human tissue do not apply to a foetus. this is because under NSW law a foetus is not recognised as a seperate human person. she points out that the US has had to legislate against the sale of foetal tissue.

Trevor Khan (Nationals) Argues that the Human tissue act does cover foetal tissue. “If I am wrong… one would think the way is to amend the human tissue act.”

Adam Searle (Labor) I understand the concerns raised but “this is a solution in search of a problem.” We should not legislate needlessly.

Walt Secord (Labor) “I see a foetus as part of a woman’s body.”

David Shoebridge: The Human Tissue Act makes trade in tissues illegal – and its inclusive definition includes foetal tissue. It has never been argued that a foetus is not a human body, despite a foetus not having legal personhood.

Natasha Maclaren-Jones (Liberal)says the amendment will not block medical research.

The Maclaren-Jones amendment is lost 25-14

Live report from the NSW Parliament