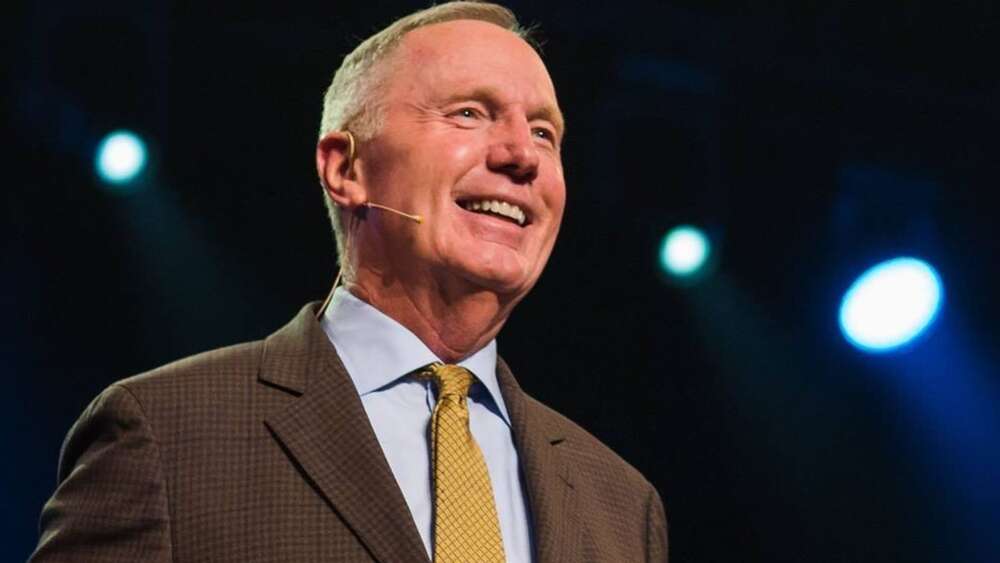 “Well-known evangelical writer sticks to traditional marriage.” That’s not much of a headline even by my standards but, arguably, it was the better heading for a story which got radically different headlines:

“Outrage Over Max Lucado Shows There Is No Room For Dissent In LGBT Church Politics” said The Federalist.

The progressive church played it the same way: Max Lucado apologises for past comments on homosexuality after outrage at National Cathedral on the Episcopal News Service (ENS).

Over on CBN – the Christian Broadcasting Network – the culture war spin went the other way: “Max Lucado is cancel culture’s latest target after preaching at DC’s National Cathedral”

All these headlines are true and arguably misleading at the same time, in this columnist’s view.

So what’s the story? Max Lucado is a best-selling author (including in Australia) and pastor of an independent evangelical church in Texas. He is known as a “nice guy” of American evangelicalism, and his almost 100 books – with 130 million copies in print – are written in everyday language.

He is the sort of guy who tweets Bible verses with short explainers.

Lucado’s Oak Hills Church is a conservative evangelical church which has male elders and believes marriage is for “one man, one woman for life.”

In Washington, the National Cathedral is a large gothic structure atop the highest point of the city. While it belongs to The Episcopal Church (TEC) – the US version of Anglicans and a generally liberal church – it was chartered by Congress. So its history provides an impulse to serve the whole nation, and a wide variety of religious leaders have preached there. “We seek to serve the entire country in all its variety, including its vast potpourri of faiths,” a recent dean (cathedral pastor) wrote.

So with a wide variety of preachers, why not an evangelical? Especially one unlikely to rock the boat. Indeed, Lucado did not. His short video sermon here, was on “the power of the Holy spirit and how the sprit can bring calm to our chaos”.

But when the Dean of the cathedral Randolph Hollerith’s invitation to Lucado became known, an online petition was launched citing a 2004 article by Lucado in which he allegedly said, “How will homosexuality impact our culture? What about the spread of disease? If gay lifestyle and gay marriage is endorsed – what follows? Polygamy? Legalised incest? If we can’t draw a line, will lines be drawn at all? Men and women were not intended for identical gender but opposite (sic).”

“I wounded people in ways that were devastating. I should have done better.” – Max Lucado

The Episcopal News Service’s description of the talk includes this: “Lucado spent much of the article reviewing biblical passages that theological conservatives have often pointed to in making their case that homosexuality is forbidden by God, though Lucado also argues that Jesus taught that love should be Christian’s primary response. ‘Nothing can separate us from the love of God,’ he said. ‘This includes homosexuality. Jesus loves his gay children. He made them, came for them and died for them.’”

(The talk has been removed from Crosswalk.com, the story link cited by the petition, so Eternity has only third-hand accounts)

After the sermon, in short order, the Bishop of Washington Mariann Budde apologised “for my part in the pain caused today” to the LGBTQ community while defending the invitation. Her position has hardened according to ENS, which reports her as saying: “My biggest mistake was not reaching out to some of my colleagues who are LGBTQ.”

If she had taken more time to talk through the issue with them, she said, she might have asked the Cathedral not to include Lucado. “I would do it differently now,” she said.

“In my straight privilege I failed to see and fully understand the pain he has caused.”

As damage control, the Cathedral had added retired Bishop Gene Robinson (whose election in 2003 as an openly gay bishop caused a split in TEC) to the same service as Lucado. It approached Robinson to preach only the day before. “To those of us who are LGBTQ, while a lot of us are still in pain, while a lot of us have experienced some awful things in our lives” – Robinson paused before emphasising his central message – “we’ve won” (as reported by ENS).

Robinson went on to claim that full inclusion “in the church” was inevitable.

In a letter, Lucado apologised for language he used in the 2004 article. “In 2004 I preached a sermon on the topic of same-sex marriage. I now see that, in that sermon, I was disrespectful. I was hurtful. I wounded people in ways that were devastating. I should have done better. It grieves me that my words have hurt or been used to hurt the LGBTQ community. I apologise to you and I ask forgiveness of Christ.”

However, he continues: “Faithful people may disagree about what the Bible says about homosexuality, but we agree that God’s holy Word must never be used as a weapon to wound others. To be clear, I believe in the traditional biblical understanding of marriage, but I also believe in a God of unbounded grace and love. LGBTQ individuals and LGBTQ families must be respected and treated with love. They are beloved children of God because, they are made in the image and likeness of God.”

Comparing homosexuality to bestiality and incest is something that the leading preachers and church leaders against, say, the Victorian Conversion Bill will not do.

They would be close to Lucado’s new position in using careful and precise language.

“Pastor Lucado was permitted to speak, but only by the skin of his teeth.”

But to take the Todd Starnes’ article – whose headline we referenced above – does not mention that Lucado made it clear he still holds to man-woman marriage.

The Christian Today article quotes the paragraphs before and after the one in Lucado’s letter, in which he says he maintains the traditional doctrine of marriage.

The CBN article has a fuller quote. However, it plays up the cancel culture aspect of the Cathedral’s response. This certainly needs to be reported, and it is a journalistic decision as to whether it is the lead. But once again, the fact that an evangelical maintains a traditional position fails to get much mention.

The Federalist article is one of the better one of those we listed. It plays up an intriguing division between Bishop Robinson and some other gay activists over the Lucado invitation, which Robinson declined to criticise. The others – including a long-time campaigner with Robinson, Susan Russell of Los Angeles – argued strongly that Lucado should not have been invited.

The article asks a very uncomfortable question. “To this, all orthodox Christians, Jews, and Muslims, as well as any other traditionally-minded individuals, should ask their LGBT neighbours this question: Is it possible for me to not agree with what you believe about sexuality and gender and still be considered a decent person in polite company?”

“Max Lucado got the answer to [that question] this week in a dramatically stark fashion. Yes, Pastor Lucado was permitted to speak, but only by the skin of his teeth.”

The Federalist describes Lucado as “not political, nor a culture warrior”. He maintains his traditional view of marriage in his letter but firmly and graciously. He feels free to apologise for extreme language he has used in the past.

He is somewhat of a model in this columnist’s view.

This week, Eternity has run some article that some observers might see as inconsistent.

Eternity previously published the Office of the Commissioner LGBTIQ+ Communities in Victoria explaining details of the Bill in response to our questions.

Which to us, squinting a little, rather resembles Lucado’s threading of the needle.

Like him, we are sure we could have done it better, but this is a week when we consider it a miracle that we have done it at all.

Aussie nun exiled from the Philippines after 27 years

Here’s a religious liberty campaign we don’t want: a church in the US state of…