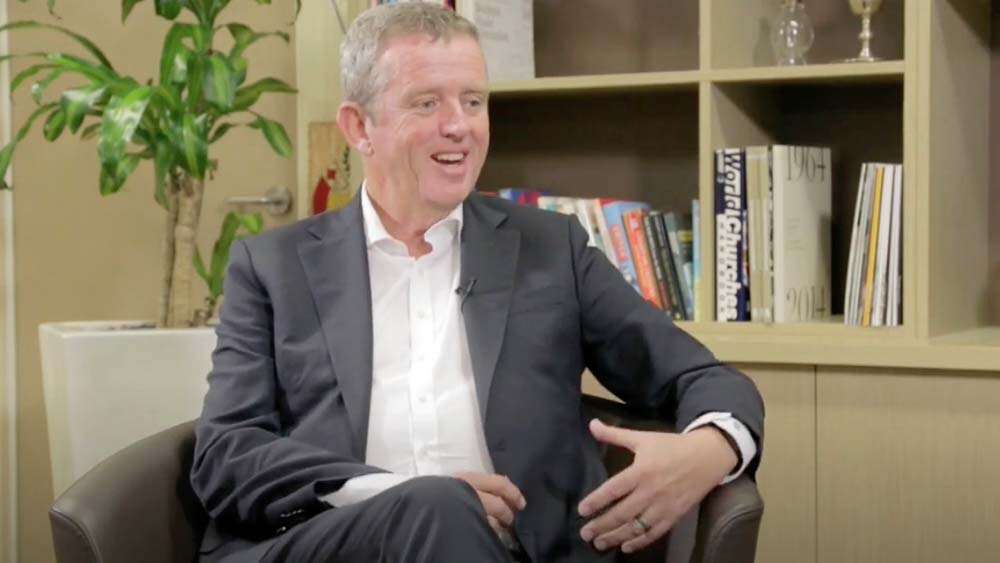 “Release property joyfully” is a message to the Uniting Church in Australia (UCA) from the person the church has made the new CEO/Superintendent of the very strategic Wesley Mission in Sydney.

Stu Cameron has gone from one dream job – heading NewLife Church on the Gold Coast, a vigorous and large evangelical congregation – to the flagship UCA church in NSW.

“The Uniting Church owns billions of dollars tied up in property, including congregational assets,” Cameron posted on his Facebook thread on the weekend. “Right now, we are selling these assets down at an accelerating rate, the funds realised being used for various purposes (including new missional initiatives), but also, in my view, to prop up redundant and ineffective ways of being church – whether at a denominational or local level.

“We are squandering the significant property legacy given us on managing our decline. This would be a scandalous, sinful waste of kingdom resources.

“Here’s my very practical suggestion. Property Trusts should NOT sell any redundant congregational asset unless a new missional initiative (in or outside the geographic area) is identified that can be directly linked to the property proceeds for the sale. If that condition cannot be met, we should invite churches, in particular church plants, OUTSIDE our denomination (Baptist, ACC, Churches of Christ etc) to express interest in its use on a long-term basis for a peppercorn lease of $1 per year, plus ongoing maintenance costs.

“All our property is held in a legally established Trust. AND there is a spiritual trust attached to the property we have been blessed with. Simply put, these are NOT Uniting Church resources, but kingdom assets – and its incumbent for us to treat them as such. There are church planting movements (denominational and independent), people-ready, that are desperate for property such as we have. We have no good reason NOT to release it to them if we have it and have no other effective missional use for it. Can we be so bold, generous and open handed? I hope so; the gospel requires it of us.”

Cameron is arguably the most successful leader in the UCA – having grown NewlLfe into the largest church in the Queensland’s UCA, attracting ten per cent of the its overall attendance in that state. He also is an UCA insider rather than a fringe critic, having served as the general secretary of the UCA in South Australia.

“For more than 40 years the Uniting Church has been my denominational tribe, one I love,” Cameron writes. “I’ve served in various ministry positions for 28 years, 17 of those as an ordained Minister. I’ve served in youth ministry, denominational leadership, congregational life and now a hybrid of congregational and community services ministry. While personally I’ve never pioneered a new church, I have served a church (NewLife) that has planted four, with a vision and strategy to plant many more. I come to Wesley Mission with the same hope-filled expectation.”

“I’m not looking to provoke a reaction. But I would welcome a conversation …” – Stu Cameron

He believes that the Uniting Church has closed ten churches for each one it has planted, since it was founded in 1977 – and thats a “generous assessment”. Describing the UCA as failing the challenge of ‘The Great Commission’, he belives the denomination he loves has:

The real answer is revival, Cameron says. Yet the property suggestion is part of a bigger reset which also includes:

Cameron concludes: “By now I have annoyed some, perhaps even a lot of you. I’m not looking to provoke a reaction. But I would welcome a conversation, including the inevitable pushback.” He seeks a new future for his church.

One UCA commentator asked in the comments: “Why not revitalise our small congregations?” Cameron’s response: “It’s not either/or.”

The milestone of the Geneva Push church planting network reaching 100 new churches was the occasion of Cameron making his bold statement. They have done this the hard way, mostly meeting in school halls and other non-church buildings.

But there’s already a good, local example of denominational generosity to follow. The Open Brethren churches, another property rich group, has been inviting church planters to use their buildings – even a brand new one. And the UCA already has a tradition of welcoming ethnically based churches onto their property.

Stu Cameron, who has headed the large influence Newlife church on the Gold Coast, has…

As the UCA celebrates its 40th anniversary, what does its future hold?

Pastor Jai Wright was so discouraged by the slow growth of his church plant in Mackay in Queensland that after two and a half years he was wondering if it should keep going.

It seemed like a desperate plea – but it may just have got a result.…

New network forming within UCA as other options also pursued