Domestic and Family Violence advocacy organisation White Ribbon Australia has emerged from its financial problems and the related controversy. Under the stewardship of Communicare – a Perth-based social services provider – White Ribbon has a fresh vision, and a new executive director in Brad Chilcott.

White Ribbon is best known for family violence prevention and gender equality campaigns in schools and workplaces and for holding a White Ribbon Day each year. To his new role, Chilcott brings a wealth of experience in the community services sector.

Chilcott was founder of Welcoming Australia, a national movement cultivating a culture of welcome for people seeking asylum, as well as for refugees and other new arrivals to Australia. He also was the founding Convenor of the Family and Domestic Violence Advocacy Network in South Australia and the founding pastor of Activate Church in Adelaide.

Eternity‘s Kylie Beach spoke with Brad Chilcott to discover what we all can expect from the new White Ribbon Australia.

Kylie Beach: Before we start talking about changes, how would you explain what went wrong in the past for White Ribbon and what must be different moving forward?

Brad Chilcott: The challenges in the past have been gone over and over in the media already. There were some financial issues, issues with a number of the ambassadors and the way that that was dealt with. There were some challenges with some of the decisions made around partnerships and political positions – especially on reproductive rights – along the journey. And all of that, I guess, came together to result in liquidation.

But I think it’s really important to remember that White Ribbon was actually tens of thousands of Australians working in their local communities to raise awareness and create a change, and to encourage men and boys to be a part of ending gender violence. In the midst of all of the often correct and valid criticism, there were tens of thousands of Australians disconnected from that aspect, just doing their thing on the ground to really put gender violence on our collective radar and to make change.

I think that has been lost in a lot of the public narrative.

BC: That’s right. So when you’re thinking about what is going to change, that is a big part of it.

We’re intentionally setting about to be much more collaborative and communicative with both frontline services, and women’s services and survivors. I’ve spent a lot of time beginning to have those conversations and really re-establish those relationships – a process that the previous Interim CEO Delia Donovan began. But there is still a broad perception that White Ribbon needs to listen more, be more willing to learn and have a more humble stance than it did at various points in its history.

KB: I remember reading statements by other organisations when White Ribbon’s liquidation was announced. Many of them affirmed its importance in the overall landscape of work being done to address violence against women. Is that how you see it?

BC: A lot of the feedback about White Ribbon coming back is that it can’t be how it was, but that we do need something like White Ribbon to fill a gap in the landscape that works on mass mobilisation of Australians towards ending gender inequality and gender violence – and that involves men and boys in that cultural change. But we need to do that in a more appropriate way than we did in the past.

KB: So what is your understanding of what the role is for men and boys in addressing violence against women?

BC: Well, I think it always needs to start with being willing to listen and learn from women. And that involves humility and a willingness to engage with the idea that you are privileged just because of your gender.

That, culturally, has challenges because a lot of us were raised – and especially if we’re talking in a church context, for Eternity’s readers – to think men are the head of the house or the head of the religion and that they have this special place in society. So thinking about the fact that our privilege is problematic, and can lead to unsafe relationships is a cultural challenge for many of us.

But when it comes down to it, the vast majority of violence is perpetrated by men. So men need to be willing to change. All of us. That includes men (like me) who think we are a decent bloke. We need to continually reflect and think about what we know, and what aspects of the patriarchy are still manifest in us.

[Also] right through to perpetrators of physical violence and sexual violence, we need to think about who we can engage with to create change and prevent acts of violence now.

But a big part of White Ribbon’s work is thinking about it how we create change for the future as well. How do we influence the young men and boys growing up now to have a different perspective on gender equality and what a respectful relationship looks like? 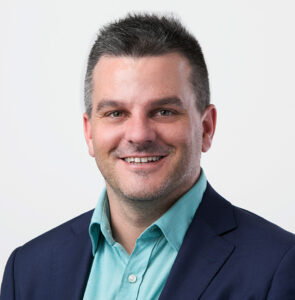 KB: It seems Communicare – the organisation that has relaunched White Ribbon – has got its runs on the board in this whole area?

BC: Communicare is a frontline women’s service, and they also have a men’s behaviour change program and a live-in perpetrator program called ‘Breathing Space’ – a leading approach to perpetrator intervention. I think the fact Communicare already has a direct link to the work of White Ribbon is really powerful. It’s also really important that my colleagues are people on the frontline working with working with victim survivors, and with men and boys as well.

KB: Does all this mean White Ribbon will do more than just awareness raising work now?

BC: I think White Ribbon – but not only White Ribbon, all of the women’s activists that have been working on this for decades – have now got Australia to a point where, though the work of raising awareness is never finished, the vast majority of Australians are aware that gendered violence is a problem.

Part of what White Ribbon needs to do in changing itself is working out what happens next after you raise awareness? How do you mobilise all of these people who’ve said they want to be part of the change. How do you mobilise them to take the next step to take action? So we’re thinking of that in a few ways.

Firstly, advocacy. How can we raise our collective voice to create systemic policy and cultural change? And then, at a community level, how can we leverage our supporters and community partners to work together with other stakeholders in communities to develop ‘whole of community’ responses to the problems in those community.

“That doesn’t make me a hero, that makes me a decent husband and father.” – Brad Chilcott

We [also] want to equip our supporters with the tools to make change at an individual level. This could be something like how to have a safe conversation with a friend who you think might be in an unsafe relationship – equipping people with the tools they need to be able to raise that, in a way that doesn’t create more danger.

KB: So, how do you feel about being a male CEO of an organisation previously criticised for giving too much oxygen to men?

BC: I think everyone knows that if men are perpetrating the violence and are using their power and privilege in ways that hold women back – including experiencing violence – then men have to be part of the solution to that problem. What I’d like to see is when frontline women’s services and victim survivors, or others, call for change, that men take responsibility to back that and to stand with them as good allies. I’d like to see men acknowledging publicly in solidarity the issues of gender violence and gender inequality, but not being put on a pedestal for doing so, because it’s just a normal practice of being a good ally.

For me, being a good partner to my wife is supporting and backing the things that make life better for her and my girls. That doesn’t make me a hero, that makes me a decent husband and father.

KB: What are your specific hopes for how Christians might engage with the work of White Ribbon?

BC: White Ribbon Australia wants to work with churches and all faith communities. Churches and denominations are also workplaces that need to be safe for employees and have systems in place to work towards gender equality. They’re also communities where men and boys learn about what constitutes healthy relationships and appropriate attitudes towards other genders.

We’d love to work with churches on both of these aspects, including workplace accreditation, education and training and in developing community action plans to address gender inequality and men’s violence against women.