Sleeplessness is eroding the mental and physical health of Australians. Lack of sleep affects 40 per cent of adults, and the problem grows with the intrusion of screens and technology.

The economic consequences of this problem are massive, with poor sleep costing Australia $66.3 billion in 2016-2017, according to the Sleep Health Foundation. This included an economic cost of $26.2 billion, from factors such as direct health costs, productivity losses and nonmedical accident costs. The loss of life quality through pain and suffering, disability and even premature death have been estimated to total $40.1 billion.

“Religion can help people to cope better with stressful events.”

But according to a new study, religion could hold the key to a good night’s sleep. A recent study by the sociology department at the University of Texas has revealed that those involved in a religion sleep better than those who aren’t religious.

The study drew on responses from adults in different age groups and religions across the United States. It measured their religious attendance, the importance they placed on religion and frequency of prayer.

The study found that those who had a greater sense of assurance of spiritual salvation tended to enjoy better sleep quality. It also showed that religion can help people to cope better with stressful events and chronic conditions, enabling them to maintain healthier sleep outcomes than those who are less religious. 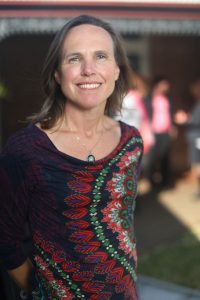 Psychologist Sarah Piper has also found a connection between participation in religious practices and a person’s wellbeing, including a positive impact on sleep patterns. As she works with clients at The Resilience Centre, Piper has observed three main reasons why religious practices help improve sleep.

“Religion allows people a framework to deal with their troubles in general,” says Piper.

She notes that focussing on a divine being can help prevent people from constant introspection. “Too much inward self-reflection can be really dark for some people … Faith helps people to accept that what has befallen them is in the control of a loving God. If people have a belief in a God that, ultimately, has their best interests at heart, then some people’s anxiety levels can be reduced.”

Piper is quick to note, however, that this can be a double-edged sword for some people. “It can also have the opposite effect, where people think, ‘Well I’ve been religious, therefore, bad things shouldn’t happen to me.’ And if they do, then that’s anxiety provoking.”

According to Piper, when it comes to Christians, part of the reason for this response is we can fail to fully grasp the extent of God’s love for us and grace towards us.

Another reason is our desire for control – although this is not altogether negative: “It’s this paradox – the idea that when we trust in God and give it over to him, there’s this acceptance and relief that helps us sleep better. But then what also helps our wellbeing is to feel that we’re in control. When we feel like we can make a difference to our own life simply by what we do, what we eat, how we live, how we relate and connect, then we also sleep better,” says Piper.

“Church community is a ‘beautiful open window for people to unburden themselves and be honest’.” – Sarah Piper

Community is another benefit of religion that contributes to people’s wellbeing. “They have people they can confide in, people who they feel supported by, people who understand them. When you get all those positive things going on in a church community, you have a greater collection of individual wellbeing, which probably helps people to sleep better,” says Piper.

Again, she acknowledges that not everyone has a positive experience of church community in Christian circles. But for those who are actively and positively engaged, it is a “beautiful open window for people to unburden themselves and be honest.”

“The environment … allows people to normalise their own feelings – it might be their sense that life is too hard or their sense of doubt, or suffering. To be able to talk about that with others and receive empathy, kindness and understanding helps people to get things off their chest and, therefore, sleep better,” says Piper.

Ritualised religious practices can have major health benefits, according to Piper. Although diminishing in our society, Piper observed the impact of these practices in orthodox churches while living in Cyprus and Montenegro.

“When somebody goes to church and lights a candle, that very act helps them to slow down and put themselves in a quiet space,” she says.

The impact is physical. These rituals help the brain connect to the parasympathetic nervous system and activate “the relaxation response”. This is the same response triggered for athletes, or anyone engaging in a positive, consistent practice.

“We only activate that if we are doing it consistently over a period of time. The research says it takes eight weeks of consistent practice for the brain to get benefit from that discipline or practice,” Piper explains.

Prayer is a particularly powerful form of ritual for those with a faith. “If people have been praying for five or 10 minutes, you will probably find that their heart rate has gone down,” says Piper. She notes the impact on one particular Christian client whose wellbeing was transformed by ritual prayer, as he created a daily prayer time in which he envisioned “entering into the throne room of God”.

“Our religious orientation is not the only determinant of sleep.” – Sarah Piper

But what about those of us who engage in religious practices frequently, yet are still suffering from poor sleep patterns? Piper urges looking into other basic considerations, such as diet, exercise, medications, pace of life and relaxation time (as well as sleep hygiene practices, including bedtime routines).

There are also people dealing with severe anxiety, depression or a sleep disorder. “If it’s got to a point where you’re not functioning optimally because of your bad sleep, then it might be worth going to a GP to get your health assessed. That may result in getting recommended for psychological assistance or a sleep apnoea test,” she says.

In a note of encouragement to the sleep-deprived, Piper adds: “Our religious orientation is not the only determinant of sleep. There are many other factors in addition to religiosity that can improve our sleep.”