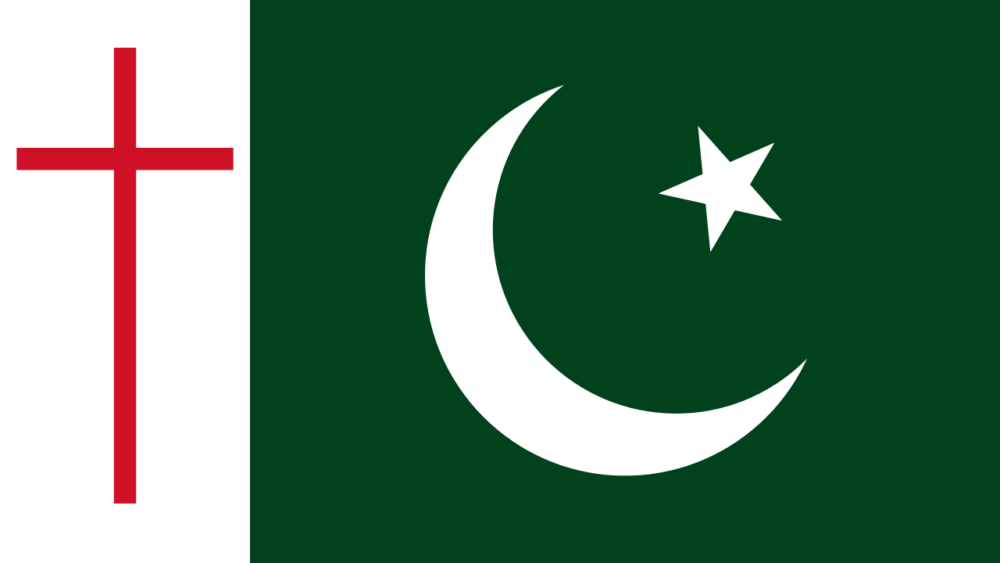 Nurse Sakina Mehtab said she was stunned to see videos of her Muslim colleagues marching on hospital premises in Lahore, Pakistan, last week, shouting Islamist slogans and accusing her of blasphemy.

She has since gone into hiding after receiving anonymous calls threatening to “maim and kill” her over the blasphemy allegation, which she says is false.

Mehtab had shared a video on WhatsApp of a Pakistani Muslim in Paris criticising the response of Pakistani people and officials to a European Union Parliament resolution – an issue unrelated to any religious element, but her Muslim colleagues mislabeled it as critical of Islam.

“There was no religious element in it, but a group of nurses spread lies that the video was anti-Islamic and accused me of blasphemy,” said Mehtab, due to retire from the Punjab Institute of Mental Health (PIMH) in Lahore in two years.

“My life has been put at serious risk with this false allegation, and I don’t know how I’ll be able to resume work at the hospital with the fear that someone might attack me from nowhere. My fear is not unfounded.”

Hours after she shared the video, a large group of Muslim nurses and paramedical staff, some armed with clubs and sticks, staged a protest rally. Witnesses said the protestors intimidated Christian workers in hospital wards and repeatedly tried to provoke them into fights. There are about 345 Christians in the 600-strong workforce.

The protestors then stormed into a hospital auditorium that Christian staff members and patients use for worship and prayer, desecrated Bibles and other property and asserted that there would be no more Christian prayer gatherings there, she said.

“The Christian workers showed great wisdom by controlling their emotions, otherwise the situation could have turned very violent,” another Christian nurse told Morning Star News, speaking on condition of anonymity.

She said the timely intervention of security agencies forced PIMH Executive Director Muhammad Ashraf to designate a one-person “committee” to inquire into the conflict – but that the person chosen, Nursing Superintendent Khalida Sulehri, was biased.

“The committee was a farce, because Sulehri herself was involved in the dangerous propaganda against Sakina and had encouraged the Muslim workers to [hold] the protest rally,” she said.

Ashraf told a delegation of Muslim and Christian representatives on Monday that the issue had resulted from a “misunderstanding”.

“Sakina and the other Christian nurses have apologised for sharing the controversial video, and that issue is sorted,” he claimed, declining to say what action might be taken against those who made the “false” allegations.

“This is the second attempt to trap a Christian worker in a false blasphemy case.”

Denying that the protestors had desecrated any Christian materials, Ashraf said a former executive director in 2019 had allowed Christian staff members 30 minutes of worship per week in the auditorium, but now they were demanding that it be designated as a church.

“There’s no provision of ‘church’ in any government hospital or department, so naturally I can’t allow this,” he said, asserting that Christian staff members’ refusal to allow any other event in the auditorium was a major cause of the recent conflict.

The unnamed Christian nurse denied this assertion, saying the Christian workers were being targeted under a systematic plan to “replace them with Muslims.”

“This is the second attempt to trap a Christian worker in a false blasphemy case,” she said. “The administration’s bias towards Christians is evident, because no action has been taken against the persons who brought the false charge against Sakina and put her life at risk.”

She said the auditorium “church” issue was being used to pressure Christian workers.

The protests marked the third instance this year of Christian nurses being falsely accused of blasphemy in Pakistan.

On April 9, two Christian nurses complied with a supervisor’s orders to remove stickers at a government hospital. They were later arrested in Faisalabad after a Muslim employee attacked one of them with a knife over the removal of a sticker bearing Koranic verses.

Nurse Mariam Lal and student nurse Navish Arooj were charged under Section 295-B of Pakistan’s blasphemy statutes against “defiling the Koran” after an Islamist mob demanded “death to blasphemers” inside Civil Hospital, their attorney said. Conviction under Section 295-B is punishable by up to 10 years imprisonment and/or a fine.

The two Roman Catholic nurses are in judicial custody while their families have gone into hiding out of fear of Islamist mobs.

Currently, 26 Christians are in prison due to blasphemy charges.

On January 28, Tabeeta Gill, a nurse at a Karachi hospital and a gospel singer, was slapped, beaten and locked in a room by a violent mob after a Muslim co-worker baselessly accused her of blaspheming Islam. Police initially cleared her of denigrating Muhammad but later succumbed to pressure of an Islamist mob and charged her with insulting Islam’s prophet, punishable by death under Section 295-C. Gill has reportedly fled the country to avoid arrest.

False accusations of blaspheming Islam in Pakistan are common, often motivated by personal vendettas or religious hatred. The highly inflammatory accusations have the potential to spark mob lynchings, vigilante murders and mass protests.

Currently, 26 Christians are in prison due to blasphemy charges. They are defendants in 22 blasphemy cases at various levels of the judicial process.

The European Parliament on April 30 adopted a resolution calling for a review of Pakistan’s Generalised Scheme of Preferences status, which provides preferential access to EU markets through reduced tariffs, in view of an “alarming” increase in blasphemy accusations in the country, as well as a rising number of attacks on journalists and civil society organisations.

The resolution also calls on the government to “unequivocally condemn” incitement to violence and discrimination against religious minorities in Pakistan.

Repealing or amending Pakistan’s blasphemy laws is unlikely due to fierce Islamist sentiments in the Muslim-majority country, rights advocates say. They add that Pakistani authorities must be urged to immediately implement effective procedural and institutional safeguards at the investigative, prosecutorial and judicial levels to prevent abuse of these laws.

The U.S. State Department on December 7 re-designated Pakistan among nine other “Countries of Particular Concern” for severe violations of religious freedom. Previously Pakistan had been added to the list on November 28, 2018.