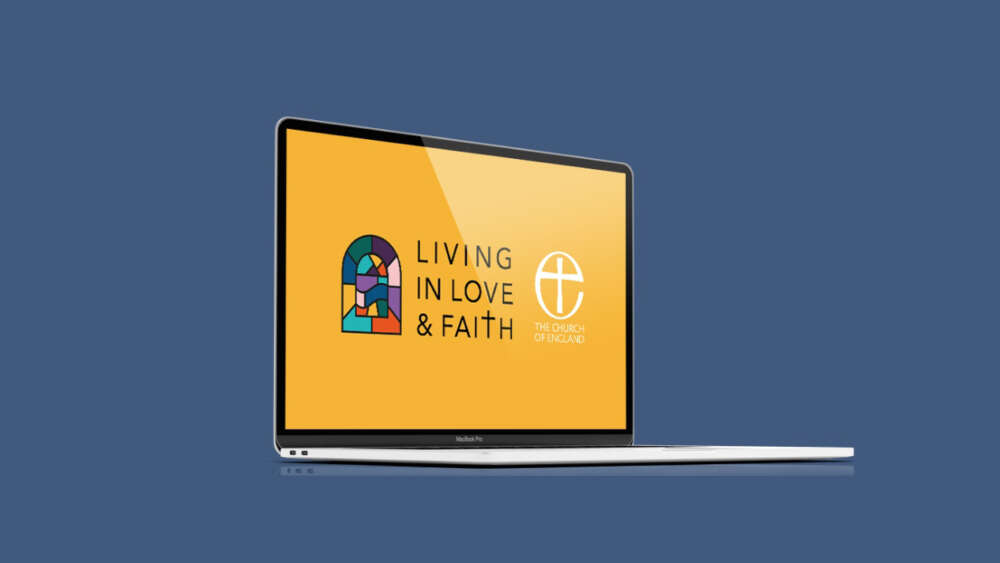 A massive bundle of material called Living in Love and Faith has been released by the Church of England to contribute to it “discerning a way forward in relation to matters of identity, sexuality, relationships and marriage.”

Same-sex marriage is expected to be debated at the Church’s General Synod (national parliament) in 2022.

Will the Church of England follow its American counterpart The Episcopal Church in adopting same-sex marriage? This will make life difficult for evangelicals and conservative anglo-Catholics to remain in the Church. Or will the Church say “no”, and disappoint its left?

The decision is uncertain and this causes real tension in England’s established (official) church.

Described as a “suite of resources,” Living in Love and Faith (LLF) includes a 480-page book, a series of films and podcasts, a course and an online library. The book is available here as a pdf, and you can register and access the full resources here.

The purpose of these resources “is to inspire people to think more deeply about what it means to be human and to live in love and faith with one another.”

“They tackle the tough questions and the divisions among Christians about what it means to be holy in a society in which understandings and practices of gender, sexuality and marriage continue to change.”

The book opens with an account of how Jesus invited people to sit down together as he fed the 5,000. It notes how Jesus often sat down with people with radically different lives and views.

In their invitation to the church, the bishops (church leaders) say: “Our prayer is that as all of us, the people of God, take time to listen and learn together, our love for one another will be deepened and our faith in Jesus Christ strengthened so that His joy will be made complete in us.”

In a foreword to the Living in Love and Faith resources, the Archbishop of Canterbury, Justin Welby, and Archbishop of York, Stephen Cottrell, acknowledge and apologise for the “huge damage and hurt” that has been caused particularly to LGBTIQ+ people within the Church.

“At the heart of our failure is the absence of a genuine love for those whom God loves in Christ, knowing as God does every aspect of all of our lives,” they write.

The material contains a spectrum of views. “One of the 17 videos features a same-sex married couple who met through a choir and speak about what they’ve found difficult about being gay in the Christian community, such as coming out to their parents and being dismissed from a home group role after getting married,” Premier Christian radio reports

“Another video shows a young straight Christian couple talking about how they are glad they saved sex for marriage, while a third video features a trans woman who married when they were a man and had three children before transitioning. Debbie and Stephanie say the Bible helped them during the gender transition and that they are still friends, parenting their children.”

David Bennett – an Australian celibate gay Christian completing his doctorate at Oxford University – tells Eternity that LLF may “ultimately be seen as a way to liberalise.” However, he respects the care with which the process of consultation has been carried out.

“I’m looking forward to engaging with Living in Love and Faith and glad the Church has taken the time to invest this deeply in such an important topic. I am of course nervous for LGBTQI+ people, as I know we all have very diverse views on how we see our faith (or lack thereof) and sexuality – and we know the fact that the Church has to come to an ultimate point of standing in a certain, non-relativistic way.

“That said, I am very much grateful for the spirit in which this has been done in trying to listen to everyone … I really hope and trust that this is being done in a genuine way that is designed simply, without a particular agenda outside of the Gospel’s teaching.

“May the Lord guide the Church of England to the narrow path of love and truth where the deep ascetical process of becoming a disciple will remain the centre. I pray that God’s inclusive embrace of all people would be paired with the reality of God’s created order and the future eschatological reality of the Kingdom which will not depart from it and, yet, so far exceeds it (especially marriage, as he created it to reflect the union of God and humanity) …”

Andrew Goddard, who was part of the team putting LLF together, writes on the moderate evangelical website Fulcrum: “My own sense is that while a growing number within the church now support same-sex marriage, they are still a minority and very few bishops support such a development.”

He explores the question: “Is there any way I will be able to stay in the Church of England after all of this and will it divide the Church of England?” Goddard’s answer is that “sadly, this is question is a very live one for many – not just for evangelicals but also for many LGBTI+ Anglicans who want the church to change. The short answer of course is that nobody knows.”

The Church of England Evangelical Council (CEEC) has responded to LLF by saying they will”look closely” at it. The key test “will be whether what is set out is consistent with the teaching of the Bible.”

“The Church of England must not excuse or legitimise homophobia in any form.” – Jayne Ozanne

Julian Henderson, Bishop of Blackburn and CEEC President, adds: “To all those in the Church of England who are unsettled by suggestions that the Church might decide, in the future, to depart from historic orthodoxy, we say: ‘We are here for you. You are not alone.’”

“We will resource you, support you and lead you. We will contend unflaggingly for the faith once for all delivered to the saints. We will uphold what Christians have always believed through history and what the overwhelming majority of Christians globally still believe. These are not matters on which we can simply agree to differ, for reasons the New Testament makes clear.”

From the LGBTIQ+ community, a leading gay activist within the church, Jayne Ozanne commented that she welcomes LLF but remarked: “For those of us whose lived experience knows the damage, I urge great caution.”

“The Church of England must not excuse or legitimise homophobia in any form, no matter how civil it is expressed.”

Please pray for the Church of England, it’s leaders and members as it makes its decision.

Rival conference sets up structures in parallel to ‘Canterbury’