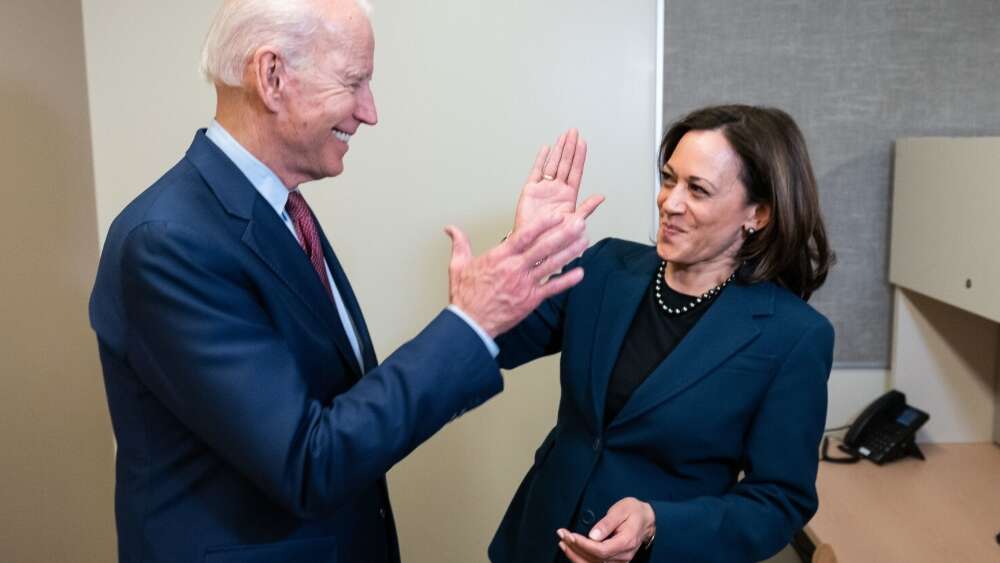 The selection of Kamala Harris as running mate for Joe Biden, the Democratic Party presumptive nominee for President of the United States, will excite Christians – but in opposite directions.

Harris, the junior Senator from California, often uses religious, Christian language and identifies as black Baptist. Born of a Jamaican father and a mother from Chennai in India, her parents divorce at age seven meant that she grew up around black churches – according to a Yonat Shimron profile by the Religion News Service. “Her downstairs neighbour, Regina Shelton, often took Kamala and her sister Maya to Oakland’s 23rd Avenue Church of God in Oakland.”

That San Francisco church is a member of a denomination of about 230,000 members with “no creed but the Bible”. It shares the “Church of God” name, but not the beliefs of several pentecostal denominations.

“And so I want to take as my text today Proverbs 31:9, which says: ‘Speak up for the poor and helpless, and see that they get justice …’

“Now, my background is that I was born in Oakland, California, among and in a place where people also spoke up in their fight for justice.

“My parents met when they were graduate students at the University of California, Berkeley and they were active in the Civil Rights Movement. So my sister and I joke we grew up surrounded by a bunch of adults who spent full time marching and shouting.

“The heroes of my youth were the leaders of the Civil Rights Movement.” – Kamala Harris

“And I grew up in Oakland, then, attending the 23rd Avenue Church of God, where we’d learn about caring for the least of these. And I sang in the choir about how faith combined with determination will always see us through difficult times.

“My mother was from India, so in addition she would take us to a Hindu temple, to see that all faiths teach us to pursue justice.

“And growing up, the heroes of my youth were the leaders of the Civil Rights Movement.”

Yonat Shimron writes that during Harris’ run for the Democratic presidential nomination she often cited the Good Samaritan parable. “Neighbour is not about having the same ZIP code,” Harris said at a Poor People’s Campaign forum last year. “What we learn about in that parable is that neighbour is someone you are walking by on the street … Neighbour is about understanding and living in service of others — that we are all each other’s brothers and sisters.”

Shimron adds that “in other speeches, Harris has invoked liberation theology, the strain of Christian thought that emphasises social concern for the poor and political liberation for oppressed peoples.”

As a prosecutor in California and later as a Senator, Harris took a stand on several hot button issues. She did not support forcing the release of Catholic Church records during the sex abuse crisis. She opposed the Hobby Lobby case, which was about whether closely held companies should be forced to provide contraceptive coverage in an employee health care plan.

Hobby Lobby is a chain of art and craft stores, and its owners, the Green family, are active in evangelical causes including the Museum of the Bible.

When considering all the issues in United States elections and how they compare with the Australian scene, they are difficult to map.

Some consensus issues in this country sit on the far left of US politics. For example, universal health care, gun control and a high minimum wage by world standards are likely to be too far “left’ even for the Biden Harris team.

Other causes such as abortion, which are key in the US, do not feature as a top issue in our elections outside of minor party campaigning.

Some important issues like the budget surplus that was important in our last federal election have faded in the US, partly because it has a “conservative” President who even prior to COVID had allowed their federal deficit to balloon.

“Senator Kamala Harris’ voting record was one of the Senate’s most liberal throughout her three years in Congress, according to congressional watchdog groups,” David Lightman reports in the McClatchy newspapers.

“Americans for Democratic Action, a liberal advocacy group that compiles ratings based on major votes, gave her perfect scores in 2017 and 2018.

Harris’ use of Liberation Theology will give further ground for many evangelicals to look elsewhere.

This liberal voting record, and her progressive policy stances on abortion, will increase the chances that conservative Christians in the US will “hold their nose” and vote for Trump again. An unknown number of Christians may choose to stay home this election as voting is not compulsory in the US.

Biden has shifted his stance on abortion during the presidential primary campaign and now supports broader federal funding of abortions (changing a decades-long opposition).

Harris’ use of Liberation Theology will give further ground for many evangelicals to look elsewhere. But members of black churches more used to having social justice and the gospel held together are likely to stick with the Democratic Party.

But another key issue – exemplified by Kamala Harris identifying with two racial minorities – is race. This will cause genuine concern for many evangelicals.

In the 2016 presidential race, for example, a leading evangelical Russell Moore of the Southern Baptists, declared he could not support Donald Trump “because he stirs up racial animosity”. Trump’s treatment of race has become an even  larger issue for this election, in light of this year’s Black Lives Matter movement (whether or not that terminology is used).